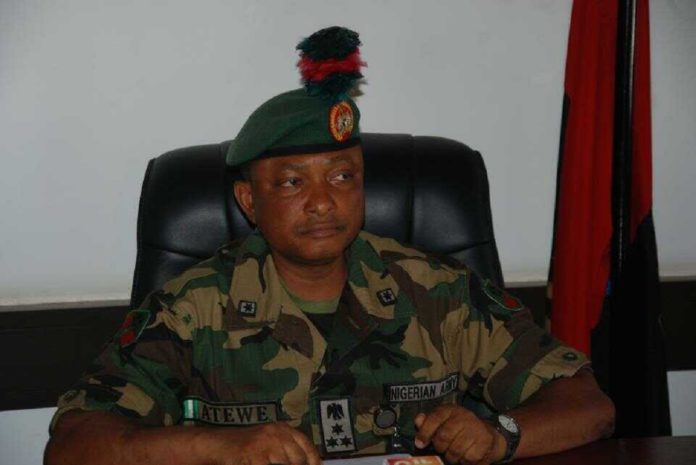 Atewe is being prosecuted by the Economic and Financial Crimes Commission, EFCC, alongside Patrick Akpobolokemi, a former Director-General of Nigerian Maritime Administration and Safety Agency, NIMASA, Kime Enzogu and Josephine Otuaga on a 22-count charge of conspiracy, stealing and money laundering to the N8.5billion.

At the last adjourned sitting, counsel for the EFCC, Rotimi Oyedepo, and the defence team had argued on a document, a payment acknowledgment signed by the fourth defendant, which the prosecution sought to tender in evidence.

Justice Faji had adjourned till today, Wednesday, March 11, 2020 for ruling on the admissibility of the document and for continuation of trial.

At the resumed hearing today, Justice Faji, in a short ruling, rejected the document sought to be tendered in evidence by the prosecution on the grounds that the said document had been rejected initially by the court.

Following the ruling, the PW3, Dachung, a Forensic Analyst and Document Examiner with the Economic and Financial Crimes Commission, EFCC, in his further testimony, revealed to the court that his opinion as a result of the analysis he carried on the two sets of documents contained a disputed document and a known-disputed document (requested statement document).

Dachung told the court that “the author of the known-disputed document wrote the disputed handwriting and the signatures in question and also the dates as well as names in the two sets of documents.”

“The three principles satisfied that the handwriting on the two sets of documents has the same line qualities, same slant of writing, same alignment and same height ratio of letters; and that there were connections between the characters of words for the handwriting and the signatures.

“Also, the pen lifts in the two sets of documents determined that the handwriting and signatures seemed to be natural and unnatural due to the fact that the disputed handwriting was fluently written to skill up the signatures.

“Both turned out to be similar and the two sets of documents fall within the same level of skill writing.”

Dachung, however, told the court that his findings and opinion were not in any way influenced by the management of the EFCC or by his status as an employee of the Commission.

Dachung, under cross-examination by the defence team, told the court that, as an expert in document analysis and a forensic expert, he acquired the knowledge by through academic studies and apprenticeship.

He told the court that all equipment used during the analysis of the two sets of documents were working perfectly as at the time he conducted the analysis and that his opinion and analysis were based on what he saw with his  eyes coupled with the aid of equipment he used.

The matter was adjourned till March 12, 2020 for continuation of trial.