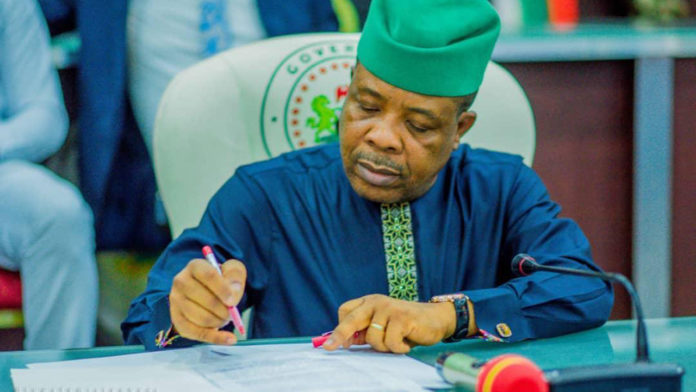 Since the Supreme Court announced Senator Hope Uzodinma the duly elected Governor of Imo State on Tuesday, January 14, 2020, and his subsequent swearing in on Wednesday, January 15, 2020, the political landscape of the state has witnessed swift changes. Governor Hope Uzodinma is confronting the challenges of his new office with appreciable zest and the outcome has been commended across-the- board. But while he confronts the challenges of his office and restores the hope of the people in their government, the media is awash with claims of figures about the governorship election, thereby creating undue confusion in the minds of the uninformed. Regrettably, some of those who should know have joined the bandwagon, crucifying the Supreme Court and the entire Nigeria Judiciary for declaring Senator Hope Uzodinma the duly elected Governor of Imo State in the March 9, 2019, governorship election.

One does not need to be a lawyer to understand the legal issues involved, especially those that do not require the much confounding legal mumbo-jumbo to comprehend. The story is that the Independent National Electoral Commission (INEC) on March 10, 2019, declared Rt. Hon. Emeka Ihedioha of the People’s Democratic Party (PDP) the winner of the March 9, 2019, governorship election. In Nigeria, our laws provide that electoral contest may not end with the declaration of a winner by the electoral umpire. The law provides that anyone who is aggrieved should present his case before the court. The aggrieved person is at liberty to exhaust the whole legal mileage, leading up to the Supreme Court, which is the final arbiter.

Uche Nwosu, the AA governorship candidate, had claimed that Ihedioha did not get the legally stipulated 25% spread and as such did not meet the requirement of the law to be so declared winner of the governorship election. His case was dismissed at the Tribunal, and at the Court of Appeal. Senator Hope Uzodinma told the Tribunal and the Court of Appeal that his results from 388 polling units were unlawfully excluded from the form EC8B. He argued that when the results are added he would have the highest number of votes cast and, therefore, would be the duly elected Governor of the state. Uzodinma did not win his case at the Tribunal, but he got a window at the Court of Appeal where a minority judgement found merit in his prayers. Though many ignored the import of the minority judgement, Justice Fredrick Oho of the Court of Appeal who delivered the minority judgement said: “All your reliefs are hereby granted and I hereby declare you the duly elected Governor of Imo state. And I put the cost of the action against the 1st (Ihedioha) and 2nd (PDP) respondents at N1m.”

Not pleased with the judgement of the Court of Appeal, the trio of Nwosu, Araraume and Uzodinma went to the Supreme Court as the final arbiter. Uzodinma insisted that he garnered 213,695 votes from the 388 polling units out of the 2,883 polling units from where INEC collated results. He contended that his 213,695 votes were wrongfully excluded and that the former Governor was returned based on a wrongful computation of results from the 2,883 polling units. Delivering judgement on the appeal, Justice Motonmori Olatokunbo Kekere-Ekun of the Supreme Court held that “there is merit in this appeal” and that “The appeal is allowed”. The Court also held that “The judgement of the lower court affirming the judgement of the Governorship Election Tribunal is hereby set aside”.

Furthermore, the Supreme Court “ordered that votes due to the Appellants (i.e. Sen. Hope Uzodinma and All Progressives Congress) from the 388 polling units were wrongly excluded from the score ascribed to them”. The Court also “ordered that the Appellants’ votes from the 388 polling units (213,695) unlawfully excluded from the Appellants’ score shall be added to the results declared by the 3rd respondents”. The Supreme Court further ruled as follows: “It is hereby declared that the 1st appellant, Senator Hope Uzodinma polled a majority of lawful votes cast at the Governorship Election held in Imo State on 9th March, 2019 and satisfied the mandatory constitutional threshold and spread across the state”; “It is hereby declared that the 1st appellant, Senator Hope Uzodinma, is the winner of the Governorship election of Imo State held on 9th March, 2019”; “The Certificate of Return issued to the 1st respondent, Rt. Hon. Emeka Ihedioha, is hereby withdrawn”; “It is hereby ordered that a Certificate of Return shall be issued to the 1st appellant, Senator Hope Uzodinma, forthwith and he should be sworn in as the Governor of Imo State immediately”.

In obedience to the order of the Supreme Court, Senator Hope Uzodinma was sworn-in on Wednesday, January 15, 2020 at the popular Heroes Square. But since after the swearing-in, the media space has been awash with stories that the Rt. Hon. Emeka Ihedioha had filed a motion for a review and reversal of the case by the Supreme Court on the grounds that the judgement that favoured Uzodinma was obtained by fraud. In the motion before the Supreme Court, Ihedioha submits that “the Appellants/Respondents (Uzodinma) fraudulently misled this court (Supreme Court) into holding that a total of 213,495 votes were unlawfully excluded from the votes scored by the 1st Appellant/Respondent in the election”, adding that “The fraudulent nature of the additional votes was demonstrated by the fact that the total votes cast as shown in the 1st Appellant/ Respondent’s computation was more than the total number of voters accredited for the election and in some polling units more than the total number of registered voters”.

Speaking to the News Agency of Nigeria (NAN) on the call for review and reversal by the Supreme Court, a Constitutional Lawyer, Realwan Okpanachi, posited that the apex court no longer had the jurisdiction to entertain any application relating to the Imo governorship election, because it had clearly passed the 60 days provided for in the constitution. He cited Section 285 (7) of the constitution to support his assertion. He said: “Section 285 (7) states that an appeal from a decision of an election tribunal or Court of Appeal in an election matter shall be heard and disposed of within 60 days”.

Speaking on precedence, the Constitutional Lawyer said: “On November 2, 2009, Supreme Court dismissed Celestine Omehia’s application seeking for review of its judgment of October 25, 2007, which removed him and declared Rotimi Amaechi as the Governor of Rivers State. Amaechi won Rivers State PDP governorship primary in December 2006 but was substituted with Omehia. Early in 2007, Amaechi filed a suit challenging his substitution against the April 14, 2007 elections. The Court held that Amaechi was wrongly substituted with Omehia by PDP and that in the eyes of the law, Amaechi who didn’t contest the election was at all times the legal candidate of PDP at the elections, and proceeded to declare him as Governor of Rivers State. But Omehia re-appealed, saying that the apex court made a mistake, arguing that the judgment contradicted some provisions of the 1999 Constitution. But the seven-man panel led by Justice Alloysius Kastina-Alu described the suit as frivolous and an act of judicial rascality. They accordingly dismissed the case with N100,000 cost, saying even if it was a mistake, the apex court has a right to make a mistake”.

He noted that the Supreme Court had insisted that Amaechi remained the legitimate governor and that the decision was final regardless of whether it was rightly or wrongly entered. He recalled that the Supreme Court Justice Katsina-Alu had urged anybody aggrieved by the court’s decision to appeal to heaven where God Almighty reigns supreme and not in Nigeria where they held sway, adding that “only God can reverse the October 25, 2007 verdict.”

He also recalled that on May 24, 2019, the Supreme Court nullified the elections of all the candidates of the APC in Zamfara State in the 2019 general elections. “Delivering a unanimous judgment of the five-man panel led by then Acting CJN, Justice Tanko Muhammad, the apex court declared the first runners-up in the 2019 general elections in the state as the winners of all the posts earlier declared to have been won by the APC and its candidates. Justice Paul Galinje, who read the lead judgment, upheld the decision of the Sokoto Division of the Court of Appeal to the effect that the APC did not conduct any valid primary election and as such had no candidate for any of the elections in the state. He described the votes polled by the APC candidates in the elections as wasted. He then ordered that the party and the candidates with the second highest votes and the spread in the various elections were the valid winners. With that, the APC lost the 36 elective positions comprising the governorship, deputy governorship, three senatorial, seven House of Representatives and 24 state House of Assembly seats to the PDP”.

Worried by the judgement, the APC filed an application asking the Supreme Court to review the judgment. But the Court threw away the appeal. In his lead judgement, Justice Rhodes-Vivour, held that the application was incompetent and time-barred, adding that the court had no jurisdiction in the matter. “The Supreme Court has no jurisdiction over the matter because anything that has to do with pre-election matter must be brought within 60 days after a decision had been delivered,” he said. Justice Rhodes-Vivour further held that the consequential orders made were part and parcel of the pre-election matter and it was an abuse asking the apex court to review its judgment or orders. “We don’t seat on appeal over our own decision. We have no jurisdiction over this matter,” he held.

Collins Ughalaa could be reached via email: ughalaacollins@gmail.com; or via telephone: 07066222944.