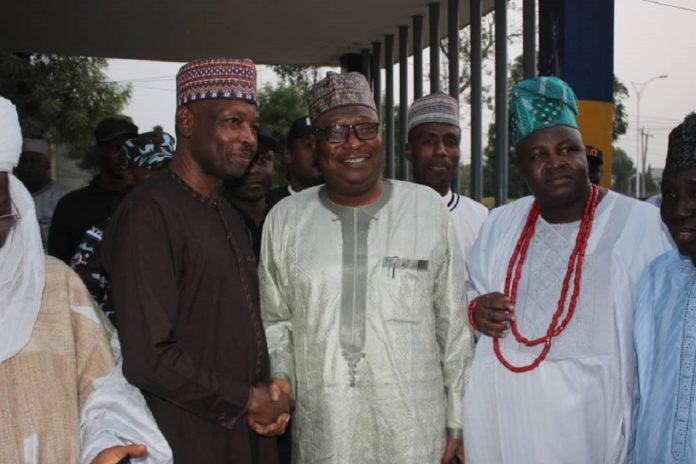 The Assistant Inspector General (AIG) of Police, in charge of Zone 2, Ahmed Iliyasu, on Saturday revealed how he policed Kano in the wake of threatening political tension.

247ureports.com recalls that AIG Iliyasu was posted to Kano at the hit of the inconclusive Governorship election in the state, with its attendant Political tension and security challenges.

The police boss was recently promoted to AIG and redeployed to Zone 2, Lagos.

He credited his success story as Kano state Commissioner of Police to his exploits in intelligence-led policing, community policing, use of new technologies and respect to human rights.

Iliyasu who is the immediate-past Commissioner of Police in Kano state, stated this during a colourful send-forth party organized in his honour by the management, men and officers of Kano state Police Command.

He described the state Commissioner of Police, Habu A. Sani as a professional crime buster who has worked with him in different capacities and proved his onions.

He said his greatest joy was that CP Habu was building on the good legacies he left behind.
According to him, “I can say that O can rely on CP Habu because we have worked together and we are still working together as brother.
.
“I can not talk about the successes we recorded in Kano without mentioning the Command’s Management Team, the Area Commanders, the DPOs, and indeed, all the officers and men of the Command.

“They were and still remain my friends. I came into Kano when the state was very volatile. The state was coming out from an inconclusive election, there were other challenges, but you helped me to summount
them all.

“I appreciate you for giving me the energy to put up the security architecture that is working today.”

CP Habu in his brief remarks described the occasion as historic, adding that, “going by the performance and track record of AIG Iliyasu, we were not surprised when he was promoted and asked to man Zone 2 which I can describe as a mini-Nigeria.

“I make bold to say that officers and men of this Command realize and appreciate his hood works here. This is why without even notifying him, they organized this surprising that Send-Forth ceremony just to appreciate AIG Iliyasu.”

According to the chairman Organizing Committee, ACP Aminu Gusau, “we are presenting this small token to you just to say thank you for all the good things you did for the welfare of men and officers of the Command and development of Kano state Police Command.

“No matter joe small it is, take it from us; and always keep it by your side in remembrance of men and officers of this Command who worked with you, and who will still work with you in future.”