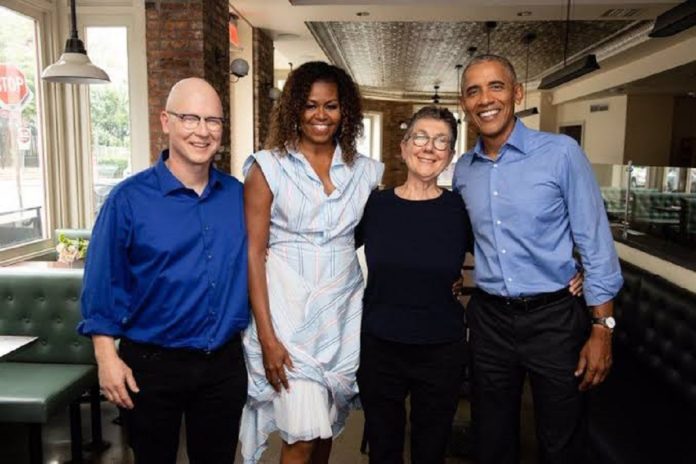 Barack and Michelle Obama are celebrating an Oscars nod after the first film released by their production company was nominated for Best Documentary on Monday morning.

The film, titled American Factory, was the first release of the Obama’s producing deal with Netflix, which was just announced back in May 2018, and has received critical acclaim since its August 2019 release. However, the nomination for the 2020 Academy Awards is its biggest accolade yet and has both Michelle and Barack expressing congratulations to the team of producers nominated.

“I like this film for its nuanced, honest portrayal of the way a changing global economy plays out in real lives,” Barack noted in his Instagram post. “It offers a window into people as they actually are and it’s the kind of story we don’t see often enough.”

The former president previously praised the film about a Chinese billionaire reopening an automatic plant in Ohio as one that “gives you the chance to better understand someone else’s life” and help people to “find common ground.” He even mentioned it in his list of favorite movies of 2019.

Next up are my favorite movies and TV shows of 2019. Of course, there’s also American Factory, a film from our own production company, Higher Ground, that was recently shortlisted for an Oscar. Here’s the full list:

The Oscars nomination sets high expectations for what’s to come with the Obamas’ multiyear agreement with Netflix.