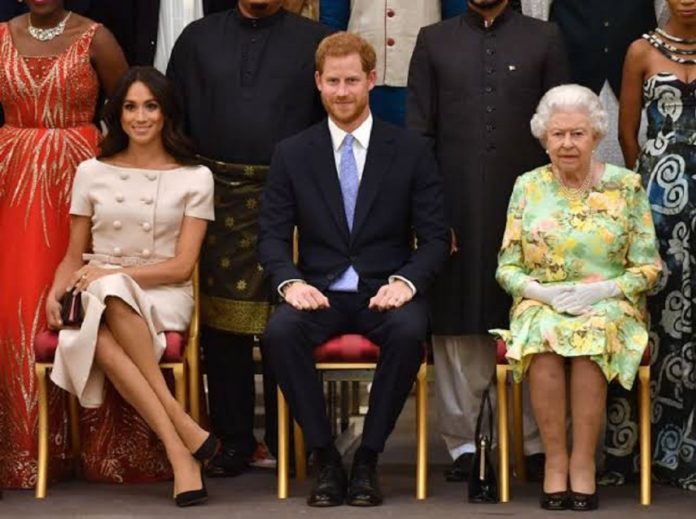 Following a meeting on Monday at her Sandringham country estate in Norfolk, Queen Elizabeth II has issued a statement about grandson Prince Harry’s impending royal exit alongside wife Meghan Markle. Following the couple’s announcement last week that they would “step back” from their royal roles, the monarch called for a discussion involving Harry, Prince Charles and Prince William, with Meghan reportedly joining in via video conference.

The queen — who was reportedly caught off-guard by last week’s announcement — acknowledged that she would have “preferred” for the duke and duchess to maintain their royal roles, but said she is “supportive” of their change in plan.

“Today my family had very constructive discussions on the future of my grandson and his family,” the queen’s statement reads.

“My family and I are entirely supportive of Harry and Meghan’s desire to create a new life as a young family. Although we would have preferred them to remain full-time working Members of the Royal Family, we respect and understand their wish to live a more independent life as a family while remaining a valued part of my family.

“Harry and Meghan have made clear that they do not want to be reliant on public funds in their new lives. It has therefore been agreed that there will be a period of transition in which the Sussexes will spend time in Canada and the U.K.

“These are complex matters for my family to resolve, and there is some more work to be done, but I have asked for final decisions to be reached in the coming days.”

Here it is, Queen’s statement:

It is thought that the royals would hammer out details involving security for the couple as well as their expressed wish to keep Frogmore Cottage in Windsor, England — which is owned by the queen – as their U.K. residence. As her statement notes, finances were also on the agenda, as Harry and Meghan’s announcement shared that they intended to become “financially independent.” While the statement suggests that they will no longer “be reliant on public funds,” it’s unclear as to whether or not Prince Charles will continue to contribute to them financially.

The queen’s statement also revealed a new detail about the couple’s future plans. While their announcement mentioned splitting their time in North America, Elizabeth II notes that they’ve specifically chosen to settle in Canada for part of the time. Harry and Meghan spent the holidays in Canada with 8-month-old son Archie in tow. It’s also where Meghan lived while filming the TV show Suits, and the place her best friend Jessica Mulroney calls home. The duke and duchess also paid a visit to Canada House in London on Tuesday, the day before their shock announcement.