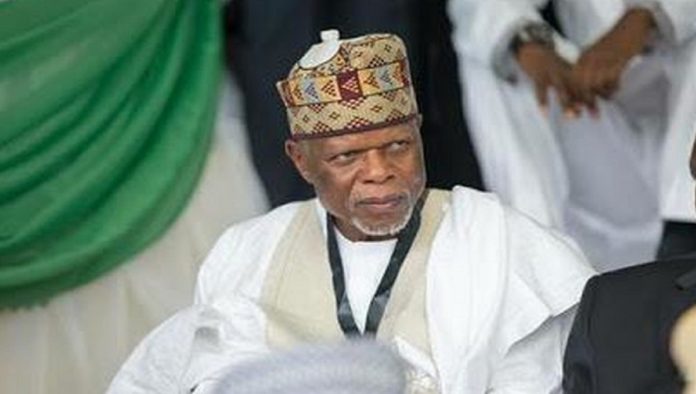 The National Assembly may probe the activities of the Nigerian Customs Service, nay the Comptroller General, Col Hameed Ali(rtd) over series of disturbing signals bordering on maladministration emanating from the service lately.

It would be recollected that the Col Ali had a running battle with the Senate in the past especially in the early days of the life of the President Muhammadu Buhari first tenure.

Ali had failed to present himself when summoned by the Red Chambers and when he eventually did after so much muscle flexing, he failed to put on the NCS (CG) till date.

Just recently the nation was jostled with the report of payment of a whopping sum of One billion six hundred million Naira consultancy for the recruitment and training of three thousand two hundred (3200) new staffers of the service, by Col Ali.

Adding his voice to the call for the review of happenings in this high revenue yielding service, a former Comptroller General of the Nigerian Customs Service(NCS) , Hamman  Ahmed not only frowned at the disturbing recruitment profligacy, he also described as illegal, the reported appointment of a serving Brigadier General, of the Nigerian Army as  the  Principal Staff Officer (PSO), by Col Ali.

He saw both issues as very shocking and disturbing.

While not quarreling with Ali’s appointment by President Buhari which he said was with his purview in line with the Constitution of the Federal Republic, Ahmed noted that the Customs and Excise Management Act (CEMA ) empowers  the Customs Board to appoint, promote and dismiss officers and men of the Customs. But that Ali  lacks powers to appoint any personnel, especially the PSO.

Going down memory lane the former NCS-CG, pointed out that appointment of a PSO in the service came about and had since been corrected and stopped. He wondered how the new PSO is being remunerated.

He said, ”the appointment of a serving Brigadier General by Colonel Hameed Ali(rtd) as his PSO is illegal. The President appointed Hameed Ali as Customs CG in line with the provisions of section 171 of the Constitution. Section 4 of CEMA also conferred only on the Customs Board, the power to appoint, promote and dismiss officers, and men of the Customs.

‘’The Customs CG has no power whatsoever to appoint anybody. Which Authority gives Ali the power  to appoint a PSO? Who then appointed the Brigadier General and how is he paid? Does he take salary from the Army and allowances from Customs, or he receives double salary?

‘’The position of a PSO was created by Aliyu Mustapha, when he was CG , but when Buba Jang took over, he changed the designation from PSO to ACG Headquarters. Presently the Customs has PSO, and ACG Headquarters. Is it not duplication of work and wastage or even corruption at work?’’

Ahmed’s observations came barely days after the recruitment scandal  allegation against Ali by the deputy chairman of the Senate Committee on Customs, Senator Francis Fadahunsi who frowned bitterly to the payment of N1.6 billion to recruit 3,200 candidates into the Customs, as one of the illegalities of the current CG

In Defence of the reported staggering recruitment expenditure, the Public Relations Officer (PRO) of the Service, DC Joseph Attah did not deny the cost but she’d more light on the analysis.

He disclosed that N1.6 billion earmarked for the recruitment, for accommodation, feeding ,training among other expenses of the 3200 candidates.

But Ahmed noted that Senator Fadahunsi has rightly said that there was a fully automated training facility with full accommodation for officers in Ikeja and an advanced training college in Karu, built to university standard for the traning of senior officers and headed by a Deputy Comptroller General, a well trained officer. H therefore wondered why the CG would seek an external training at such huge cost to the nation.

It was in consequent of these and other alleged infractions within the Service that the Senate, according to a source is planning to probe the activities of the Customs to stem further financial embarrassment. So far no reaction has come from the presidency in view of squealed bitter complaints from both senior and junior staffers of arbitrary promotions and postings within the service.