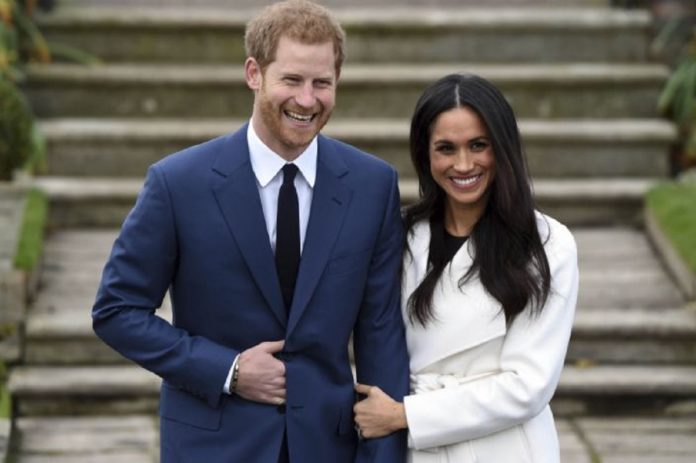 The severance deal that Buckingham Palace announced Saturday for Prince Harry and his wife, Meghan, is most remarkable for how clean a break the royal family is making with two of its most popular, if disaffected, members — much more severe than the couple apparently expected.

The British news media, which has likened the couple’s split with the royal family to Brexit, lost no time Sunday in pronouncing the agreement the equivalent of a “hard Brexit,” similar to the uncompromising trade deal that Prime Minister Boris Johnson is expected to pursue with the European Union this year.

Far from carving out a “progressive new role within this institution,” as the couple hopefully declared when they unexpectedly announced their plans to “step back” from royal duties this month, Harry and Meghan will lose most of the privileges and perks of royalty once they give up their full-time status and forsake Britain for an uncertain future in Canada and the United States.

Under the terms of the agreement, the couple will no longer use their most exclusive titles, His Royal Highness and Her Royal Highness; will forgo public funding of their activities; and will repay more than $3 million for the refurbishment of Frogmore Cottage, their residence on the grounds of Windsor Castle.

Such trade-offs were unavoidable, experts said.

“The arrangement they’ve come to is absolutely spot on,” said Penny Junor, a royal biographer. “The family is trying to prevent a half-in, half-out arrangement, which doesn’t work.”

But the deal announced left many unanswered questions, such as the tax implications of the split and who will pay for security, along with esoteric matters such as whether Harry and Meghan will ever appear on a royal balcony again.

Harry publicly addressed his decision for the first time Sunday night. Speaking with a tone of regret but resolve at a charity fundraiser, he said he and Meghan had hoped to continue carrying out some of their royal duties without public funding. But that proved impossible.

“It brings me great sadness that it has come to this,” Harry said. “The decision that I have made for my wife and I to step back is not one I made lightly. It was so many months of talks after so many years of challenges.”

The prince insisted he was not abandoning his beloved country or the queen but said, “As far as this goes, there really was no other option.”

The status of the couple’s website and Instagram account, SussexRoyal, is also up in the air, according to officials at the palace, since the royal designation is usually reserved for working royals. For now, the site remains sprinkled with references to “His Royal Highness” and “Her Royal Highness.”

It clearly demonstrates that Harry and Meghan envisioned a less-thorough break from royal service. The site includes a lengthy section on the couple’s duties as the queen’s emissaries to the Commonwealth. But Harry was forced to relinquish the title of Commonwealth Youth Ambassador.

Losing the SussexRoyal name could hamper their moneymaking prospects, royal experts said, since it is imprinted on all of the couple’s charitable activities. But experts also noted that the HRH title, as it is informally known, carries less resonance in the United States than in Britain.

The couple will retain their titles of Duke and Duchess of Sussex, which the queen bestowed on them after they were married in 2018. And Harry remains a prince, sixth in line of succession, regardless of whether he asks people to address him as “Your Royal Highness.”

Royal experts praised the warmth of the queen’s statement toward Meghan and noted the monarch’s acknowledgment that the couple had pushed for these changes for months. Confronted with a challenge to the fabric of the monarchy, they said, she embraced a novel agreement that could serve as a blueprint for family members in future generations.

Yet for all the warm words, Buckingham Palace is distancing itself from Harry and Meghan’s new life.

It will not review or approve any of their profit-making ventures. The couple said that everything they did would “continue to uphold the values of Her Majesty,” deliberately vague language that officials said was intended to insulate the family from being held accountable for them.

The palace will review the deal a year after it goes into effect this spring. Depending on how the transition goes, a palace official said, its terms could be modified in one direction or the other.

The prince, who served as a helicopter pilot in Afghanistan, will give up his military titles, including captain general of the Royal Marines, which could be painful to him, according to people with ties to the family. He inherited those titles from his grandfather Prince Philip and has defined himself through his military service.

But Harry will retain his connection to the Invictus Games, the global sports event for wounded, injured and sick service members that he founded in 2014. Forcing him to give that up, Junor said, would have been too wrenching, given his ties to the armed forces and injured soldiers.

Among the unanswered questions is how much financial independence the couple will really have. Harry has significant private holdings through a multimillion-dollar inheritance from his mother, Princess Diana. The duchess also has money from her acting career, when she was known as Meghan Markle and appeared in the legal television drama “Suits.”

But they will give up public money from the Sovereign Grant, the primary vehicle for financing the royal family’s activities. According to their website, that accounts for 5% of their expenses.

The remaining 95% comes from the Duchy of Cornwall, a hereditary estate owned by Harry’s father, Prince Charles. He will continue to support the couple, officials said, but it is not clear that he will do so with funds from the duchy. That money is considered to be quasi-public, given that Charles owns the duchy in his capacity as the Prince of Wales.

It is also not clear who will pay for the couple’s security, which could run into millions of dollars per year. Buckingham Palace declined to comment on those arrangements Saturday. Security experts have said that Britain’s Home Office will probably continue to provide the couple with some police protection, given their status as prominent public figures.

One area where the couple are likely to relish their separation from the royal family is in their relations with the tabloids.

They have made it clear that they will no longer take part in the Royal Rota, the press pool that chronicles the activities of the royal family. Harry has accused the news media, particularly the tabloids, of hounding him and Meghan the same way the paparazzi did his mother, even blaming them for Diana’s death.

The duchess has filed a lawsuit against a tabloid, The Mail on Sunday, for publishing a private letter that she sent to her estranged father, Thomas Markle. Harry also began separate legal proceedings against the owners of The Sun and The Daily Mirror, accusing them of hacking his phone’s voicemail messages going back as far as the early 2000s.

How the relationship between the couple and the press will develop, royal watchers said, will be one of the most closely watched elements of their new status.

North Korea’s response to coronavirus has been a ‘shining success’, says Kim Jong-un