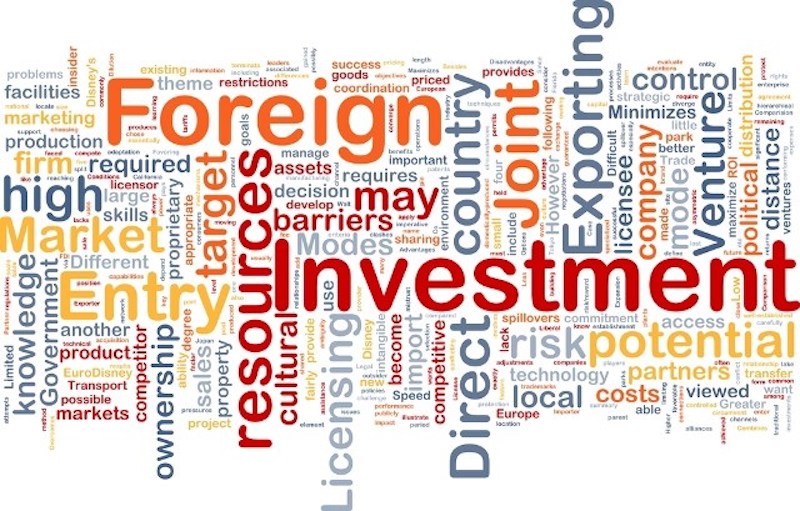 There is anxiety of the dwindling foreign direct investment in Nigeria going by the recent statistics by the Nigeria Bureau of Statistics (NBS).
While a foreign direct investment (FDI) is an investment in the form of a controlling ownership in a business in one country by an entity based in another country but it is distinguished from a foreign portfolio investment by a notion of direct control. For a clarity, a foreign investment is when a company invest in another country while Foreign Direct Investment (FDI) is when a country owns 10 percent or more of a foreign company, making it a wholly or partly foreign-owned.
Over the years, FDI has become the most important source of external resource inflows to developing countries. This investment pattern has also become a significant part of capital formation in these countries. Nigeria is one of the economies with great demand for goods and services and has attracted some FDI over the years.
FDI is assumed to benefit a developing country like Nigeria, not only by supplementing domestic investment but also in transfer of technology, increase in employment, development of human capital, access to management expertise, economic stimulation, skills, technology and other positive externalities.
The recent data released by NBS reveals how the investment inflows into the country have dropped significantly from $5.82bn to $5.36bn in the second quarter of this year. This negative drawback represents about 7.78% in declination.
It is sad to note that Nigeria now attracts less foreign investment than Ghana, a country with less population than Nigeria. By implication, Nigeria’s economy can comfortably be said to be heading south as it is clearly underperforming, despite a lot of resources spent by the government on foreign trips and tours to attract foreign capital investment inflow.
However, in spite of the economic advantages, Nigeria is seemed to attract little or no FDI inflows into the country. Nigeria is blessed with enormous human and natural resources to make FDI comfortable, but foreign investors are not coming in. Some of the reasons attributable to the negative economic trend include corruption, insecurity, multiple taxation, disobedient to the rule of law, and high-risk market for investment.
Concerns have also been raised by the head of investment research at Sigma Pensions Ltd, Mr Wale Okunrinboye, who said “weak FDI inflows suggest the economy’s low growth cycle will continue because there is no other assured path to robust growth without attracting investment.”
Nigeria government can be advised to adapt to Rwanda foreign investment strategy used in 2017. The Rwanda FDI skyrocketed from 800 million dollars in 2007 to 1.675 billion dollars in 2017 when the government provided conducive environment for foreign investors.
According to Rwanda Development Board, three sectors that attracted the most investments were construction and real estate (638 million dollars), followed by mining (267.3 million dollars) and lastly infrastructure (203 million dollars). All this comes to the case of industrial management in the nation.
I strongly believe industrial management is the surest answer to our economic woes. Nigeria must look into other ICT industry and diversification into agriculture and mining rather than relying on crude oil for revenue. These sectors have high potentials to attract significant foreign private investment inflow in the FDI.
Governments can play an important role in promoting and developing its natural resources to encourage more investments in the country. Nigeria needs to juxtapose foreign investment with domestic investment in order to maintain high levels of income and employment generation.
For Nigeria to generate more foreign direct investment, efforts should be made at solving problems of government involvement in business, relatively closed economy, fight corruption, reform weak public institutions and boost global reputation.
Saad Yushau Shuaib
Wuye District Abuja