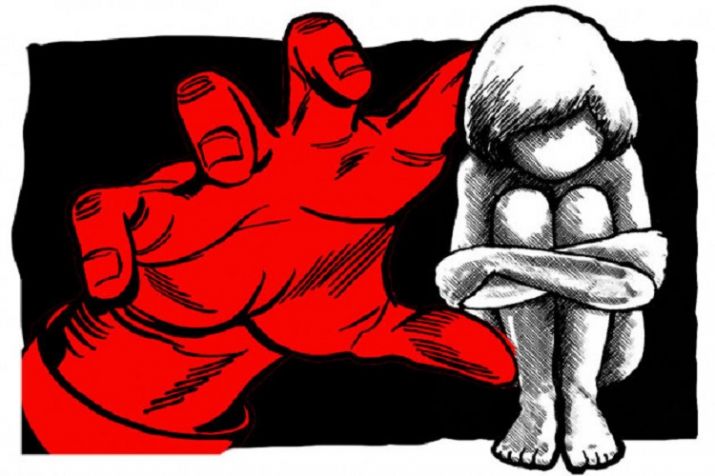 A 30 year-old water vendor caught defiling a nine year-old girl in Adamawa has pleaded for leniency on the grounds that he had not “concluded” his act before he was apprehended.

The suspect, Mohammed Babangida, who was paraded by the Nigeria Security and Civil Defence Corps (NSCDC) on Friday, told newsmen that he was a first offender, and that he regretted his act.

“This is my first time of doing this thing and I didn’t even ‘conclude it’ when my door was knocked, forcing me to stop.

“I want to beg for forgiveness as a married man with children, based in Bauchi; I don’t want this shameful thing to wreck my family.

“The whole thing started some days ago when the girl begged me for N50 to buy cake, claiming she was hungry, which I gave her.

Speaking earlier on the arrest of the suspect, the State Commandant of NSCDC in Adamawa, Alhaji Nuraddeen Abdullahi, said Babangida was apprehended in Damare Ward of Yola town, following a report from residents of the ward.

He said that the victim had been taken to the Yola Sexual Assault Referral Centre for treatment and compilation of needed evidence to prosecute the suspect.

“The suspect will be charged to court for prosecution after the intervention and advice of the Director Public Prosecution,” Abdullahi said.

The commandant, who expressed concern over incidents of rape of minors, urged the public to do away with the culture of silence by reporting such incidents for necessary action.

“Our command has a Humanitarian and Gender-Based Violence Unit, which statutory duty is to handle this type of cases.

“We are always ready to handle this type of case and therefore urge the public to always speak out on rape and other gender-based violence,” Abdullahi pleaded.