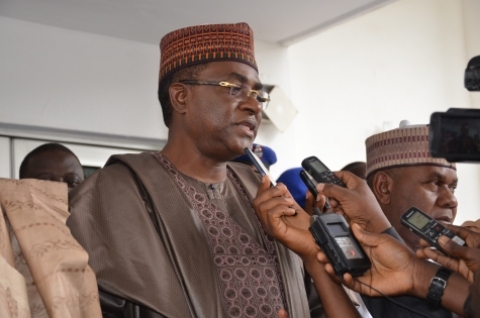 The recent publication by the Bauchi State committee of funds recovery set up by the Governor of Bauchi State, Malam Bala Mohammed which revealed that the former governors of Bauchi State in the persons of Mohammed Abubakar and Isa Yuguda looted a combined sum of nearly a trillion naira from the coffers of the State – may have raised feathers within the political families of the two former governors. This is as 247ureports.com gathered through a source that one of the Governors [Isa Yuguda] has already consulted his legal team on the way forward.

In the report – BOMBSHELL: COMMITTEE UNCOVERS BILLIONS LOOTED BY YUGUDA/ABUBAKAR, BAUCHI GOVS – the comment detailed the manner the monies were looted and unaccounted for. It exposed the monies looted by the two former governors in a manner deemed transparent.

Isa Yuguda who was the governor of Bauchi State under the banner of the All Nigerian Peoples Party [ANPP] for eight years was reported to have made away with hundreds of billions in cash and in government properties. The committee report indicated it would initiate moves to recover the looted funds through legal means.

247ureports.com is not certain whether the committee has instituted moves to recover the funds but sources near the former Governor [Isa Yuguda] reveal that the former governor have resolved to head to court to seek redress against the Bauchi State Governor. “He has contacted his lawyers. He has directed them to examine the committee report and advise him on the next possible step to take legally”. This is according to the source.