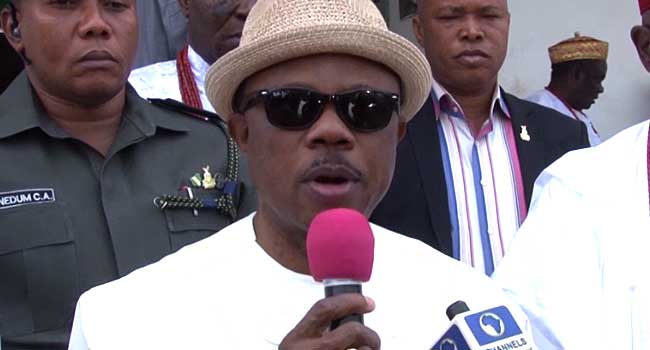 Anambra at the weekend consolidated its position as Nigeria’s foremost state in the promotion of education as it won four of the Federal Government’s 24 awards bestowed on institutions and individuals to mark this year’s Teachers Day in the country.

None of the other 35 states plus the Federal Capital Territory received more than one award.

At the 2019  President’s  Teachers and Schools Awards for Excellence in Education organized by the Federal Government through the Federal Ministry of Education, Anambra State won prizes for producing the best public secondary school in the country, the best secondary school administrator, and for producing both the first and second runners up in the Best Administrator category.

“It is humbling to clinch four awards when many states did not get anything”, said Dr Kate Azuka Omenugha, the Anambra State Commissioner for Basic Education and Nigeria’s second female mass communication professor at the ceremony held at the Eagle Square in Abuja and attended by the Federal Attorney General and Minister of Justice, Malami Abubakar, a Senior Advocate of Nigeria, who represented President Buhari; the Minister of Education, Adamu Adamu; the Minister of State for Education, Emeka Nwajiuba; as well as Governor Godwin Obaseki of Edo State who was honoured with the Best Teacher Friendly Governor award.

The commissioner continued: “It is worthy of note that Mrs Amala Ezenwa of Awada Primary School 1V in Obosi, Idemmili North LGA of Anambra State, won the Best Administrator prize last year, and this year Rev Sr Veronica of Maria Regina Model School in Nnewi has retained it for the state”.

Professor Omenugha recalled that Anambra State won four prizes in the same competition in 2017, stating: “Loretto Special Science Secondary School in Adazi won the first prize for academic excellence among senior secondary schools while The Queen of the Rosary College in Onitsha, another girls school, won the best prize in the junior high school category.

Governor Obiano has, meanwhile, congratulated both the prize winners and the state Commissioner for Basic Education on the “impressive performance which shows that Anambra has since become Nigeria’s most competitive state, including in education”.

In the congratulatory message, Governor Obiano recalled how Anambra became in 2017 the first state in Nigeria to win the President’s School Debate for three conservative years and last December won the competition for the fourth time by beating Benue State 3 to 1.

He concluded: “I thank all Ndi Anambra for their wonderful cooperation over the years which has enabled our dear state to become synonymous with excellence in various areas”.