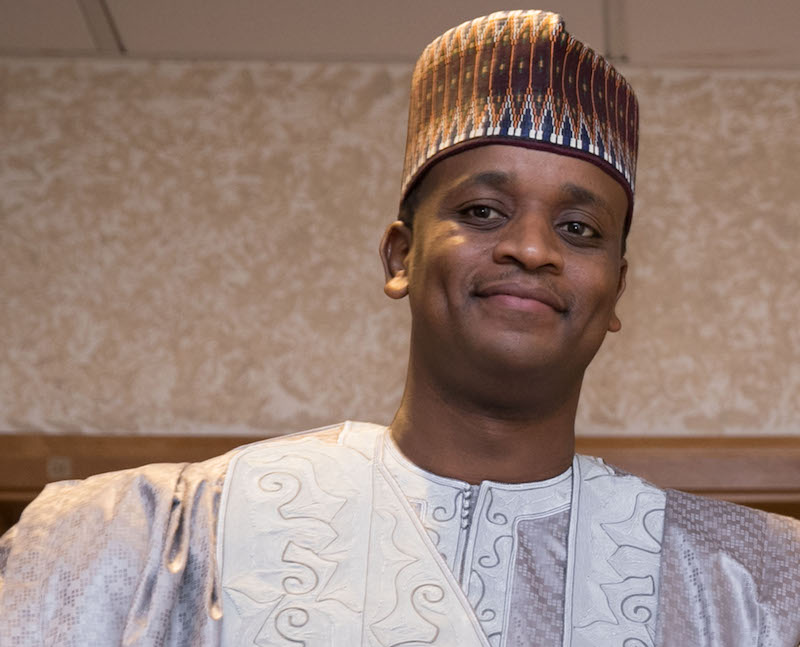 I was taken aback when I came across a post by Ahmed Indimi, the son in-law to President Muhammadu Buhari, on his Instagram page two days ago discussing Zamfara politics.

The president’s in-law had launched a subtle attack on the immediate past governor of Zamfara state Alhaji Abdulaziz Abubakar Yari when he posted the picture he took together with Zamfara state Governor Bello Matawalle outside Buhari’s office at the Presidential Villa in Abuja.

I have no problem with the Indimi massaging Governor Matawalle’s ego, praising his 100-days “unprecedented achievements.”

To start with, Ahmed Indimi, hails from Boko Haram – ravaged Maiduguri. I don’t think he has ever visited either Zamfara, Kebbi, or Sokoto states to form an informed conclusions on the situation in Zamfara state to the extend of declaring a governor who spent barely only 100 days in office as the “best thing that happened to Zamfara.”

Inasmuch as I want to refrain from discussing his choice of words, I am however constrained to comment on the usage of this phrase: “Napoleon syndrome” in the post. It is not clear whether he was referring to the Vice President Yemi Osinbajo or Kaduna state Governor Nasiru el-Rufai, or APC national chairman Adams Oshiomhole.

The president’s in-law also dabbled into partisan politics. He ignored the fact that Matawalle became Governor through judicial fiat after he was wantonly rejected at the polls by the good people of Zamfara state. What the younger  Indimi forgets to understand is that he’s a son in-law to an APC president. And Matawalle is an PDP Governor, the same party during which reign  Boko Haram was born and nurtured into the monster that terrorized his home state in particular, and the country in general. Ahmed Indimi should understand that it is the APC platform that took Buhari to that exalted office where he stood in front of it to take a photograph with a PDP Governor.

Again, the former Zamfara governor he is attacking is among the progressive governors that midwifed the APC in 2013 and 2014 that swept his in-law to power. Without the APC and the efforts of progressive governors like Abdulaziz Yari, Buhari won’t have been president, and Ahmed Indimi wouldn’t have come for his daughter, Zara. It is no secret that he married Zara simply because she is “President Buhari’s daughter.”

It is a common knowledge that he earlier went after presidential daughters. His desperation to marry a daughter of the late Umaru Musa Yar’adua when he was president was well known to many. How and why he failed is a different kettle of fish. The younger Indimi’s gold digging voyage into another famous family in Kano is also legendary.

It is not out of place to tell Ahmed Indimi to refrain from partisan politics. That will be better for him and his family. I forced myself not to divulge his antecedents and his family true background for now because of his political naivety. But I challenged him to join partisan politics, only then he will hear true stories about his family. I am certain that one of such interesting stories will be that of the relationship between the Indimis and the family of Sanusi Daggash.

Lastly, the president should be wary of people like the Indimis, who only come for his lineage after he became president. As a president elected under the platform of the APC, it is disturbing for his in-law to pose outside his office with a governor whose party has destroyed this country almost beyond redemption. I don’t know where the Indimis where in 2003, 2007,  2011, when Buhari was contesting elections and the PDP was scuttling his efforts.