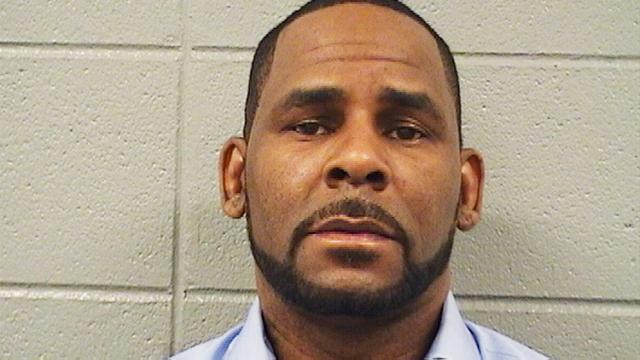 R. Kelly was denied bail on racketeering and sexual abuse charges at an arraignment hearing in Brooklyn Federal Court on Friday morning. The charges are part of multiple allegations of sexual misconduct against the singer that have been filed this year.

The singer, wearing blue prison togs over an orange shirt, pleaded not guilty to the charges through his attorneys, Douglas Anton and Steven Greenberg. While he looked ahead through most of the hearing, Kelly smiled ruefully and nodded briefly at girlfriends Joycelyn Savage and Azriel Clary, who were seated with two other associates of the singer. He did not address the courtroom except to tell the judge that he understood the charges against him.

Attorneys for the government claimed that if the 52-year-old singer were released on bond, he would be a flight risk with a serious danger of obstruction of justice and noted the allegations of his sexual crimes against minors. They also noted his “lengthy and wide-ranging history of criminal conduct” and said that during his 2002 child-pornography trial, of which he was acquitted in 2008, there were multiple claims of obstruction of justice — specifically “paying off and intimidating witnesses not to appear” — and noted the assistance of his “inner circle” with those obstruction claims. The attorneys claimed there are 13 alleged victims involved in the relevant charges; he is charged specifically in New York with exploiting five victims, identified only as “Jane Does,” three of whom were minors.

In response, Anton — wearing a dark suit, with his hair pulled back into a short ponytail — noted that Kelly has no history of flight risk, even during the six years of his prior child-pornography trial, and that the singer’s passport has been surrendered. He refuted all of the government attorney’s claims, stating they are based on “allegations and not evidence.” Anton and Greenberg were seated with fellow Kelly attorney Nicole Black Becker, who spoke briefly with Savage and Clary before the hearing and was clad in a black jacket decorated with silver sparkle skulls.

In reading his ruling, the judge cited Kelly’s alleged “multitude of crimes spanning from 1997 to 2018,” noting they include “incredibly serious sexual abuse of minors, coercion, child pornography,” and referenced his “access to financial resources,” but said it is unclear what such resources the singer currently has. He said he is also “extremely troubled by issues of potential obstruction and the stron possibility of witness tampering if he is released.”

He concluded that the singer “cannot be relied upon to comply with the terms of a release” and ordered him detained pending trial.

Approximately a dozen fans gathered in and outside the courtroom to support the singer, mostly middle-aged women, one of whom was accompanied by two small children. Two wore shirts that read “Free R. Kelly” while one showed off several home-made plastic crowns she had emblazoned with jewels and small photos of the singer. Clary and Savage declined comment after the hearing.

One fan, Janet Jones of New Jersey, told Variety that she believes Kelly is innocent. “All of these girls’ parents were aware of what they were doing,” she said. “How do you walk in and say ‘I’m going to be alone with a grown man’ and your parents say, ‘Okay, and here’s a picnic basket?’ That’s on you as a parent. [The girls] chose to do that, if you had sex with somebody that’s what you decided to do, it’s your body.” She said she believes the accusers who spoke in the Lifetime docuseries “Surviving R. Kelly” were “staged.”

The singer is scheduled to appear at a status hearing at 1 p.m. ET. Afterward, he is expected to return to Chicago, where he is facing multiple separate charges.

The New York indictment claims that the singer ran a racketeering enterprise involving “managers, bodyguards, drivers, personal assistants and runners for the defendant, as well as members of his entourage” who recruited women and girls for sex with Kelly, also transporting them across state lines. It also claims that he filmed the sexual activity, including sex with underage victims.