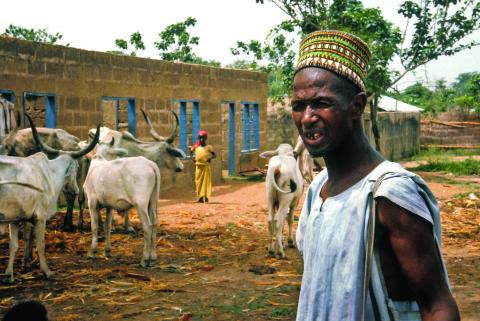 The continued spat of kidnappings in Nigeria by the Fulani herdsmen has become almost secondary nature to the residents of select regions of the country. The kidnappings which was previously isolated to the northern regions of the country has spread to the south west regions and beyond immediately following the conclusion of the general elections. And the modus operandi of the kidnappers have grown more emboldened into abduction of high priced [VIP] targets in the Nigerian political sphere.

247ureports.com in its unfolding report series on the attack of the Fulani herdsmen uncovered some of the major reasons propelling the killing and kidnapping spree.

Our reporter spoke with some members of the killer bandits operating near the Kaduna/Abuja boundary. According to the Fulani herdsman who claims to still have access and trust of the herdsmen operatives in the theater operation, the killing spree were merely a battle for survival for the herdsmen.

The herdsmen who prefers to be called Malam Ilia indicated that the chief cause for the increased activity of the killer herdsmen was unavailability of income and/or limited cash. “Most of the killers were herders whose cows have been killed by diseases and cow thieves”, Ilia explained as he noted that most of the operatives hail from Niger Republic [Agadez region] where they have lost virtually all source of income and livelihood.

The majority of the killer herdsmen as Malam Ilia claims headed for Nigeria and other West African countries in search for greener pastures. In Nigeria, they settled for the river side areas of the middle belt region. But their arrival brought about almost instant bloodshed for the indigenes of the communities who resisted the arrival of the new settlers.

According to Ilia, some of the local Muslim clerics in the areas where the killer herdsmen settled were aware of the arrival of the herdsmen. “The clerics in some cases invited the herdsmen” and pointed them to areas where they could settle and graze. In essence, “they settlers settled with authority, prepared to defend their new territory”. So when the indigenes resisted, the herdsmen took up arms and began attacking the indigenes with full authority and backing from the local Muslim clerics.

“They got their arms from the security agencies sympathetic to the cause” claims Malam Ilia who rejects the claim the weapons came from Libya or Mali. Malam Ilia explained the weapons came from top sources within the Nigerian security structure – who are loyal to the local clerics and who are in it to make money. “Weapons and supply of ammunitions have never been an issue for the herdsmen”.

In addition, sophisticated weapons are sold in open markets in Mongo area of Chad like “Sugarcane” at a price tag of less than N200,000 for each AK47. This is about the price of a cow. He explained that there exit a secret route from Borno State to Sudan that leads to Tripoli in Libya where AK47s go for less than N80,000. Other more sophisticated weapons with fire power of up to 700 rounds are available in the open markets. Many of the weapons in the hands of the herdsmen originated from Chad and other such open markets. 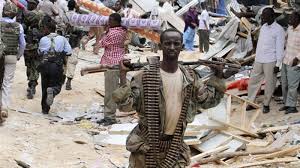 Malam Ilia continues that the Fulani herdsman is misunderstood by most Nigerians. “The herdsmen is not looking for work to be subservient to another fellow man like the Igbos and other tribes are”. The explained the herdsman wants to be independent and rear his cows.

“I stayed in Enugu in the mid-1990s and I interacted with Igbos and learnt their ways, we are not like them.” He claims the Igbo man will attend school and complete his university education only to end up unemployed, and then find himself working in a restaurant as a waiter. “The Fulani herdsman will never do that. We will not stoop down that low. We will fight”.

Malam Ilia made it clear the major reason for the kidnapping. He pointed to lack of equitable source of living, not unemployment. “What we want is land to graze. Our cows are all dead. Cow thieves and diseases have finished our cows. What we want is the opportunity to raise our cows independently.”

He distanced the Fulani operation from being religious but acknowledged they have benefited from Islamic zealots in the country who have shown willingness to assist, and have assisted.  But “it is not a religious thing. At all. We can careless about your religion. You can say it’s about the Fulani Kingdom”.

Stay tuned as we compile our reports