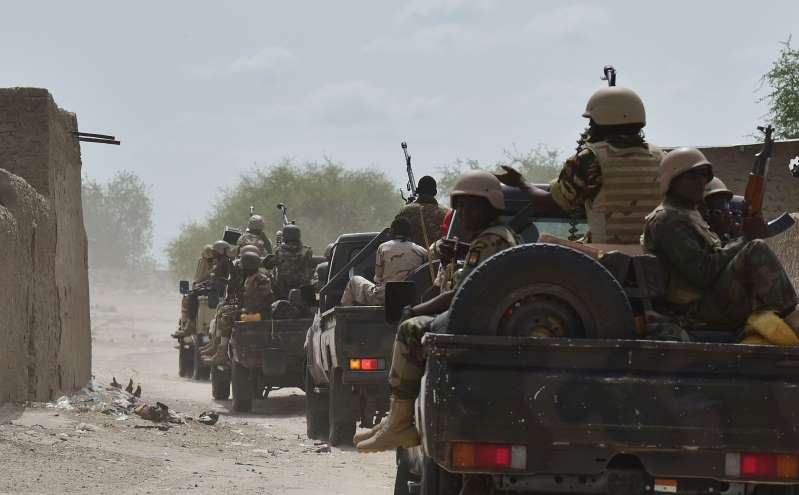 The Nigerian Army says it will re-organise the ongoing exercise Harbin Kunama III and expand its mandate following resurgence of banditry in the North West.

The Chief of Army Staff, Lt.-Gen. Tukur Buratai, announced this at a news conference in Abuja on Friday.

Buratai said that though Harbin Kunam III, launched on April 1, had achieved a lot in Zamfara, there was resurgence of bandits’ activities in contiguous states.

“This is occasioned by fleeing bandits that have resorted to attacking soft targets while relocating to other safe havens within contiguous states of Katsina and Sokoto.

“Current threat assessments revealed the migration of the bandits from their epicenter to other areas in Kaduna, Kano and Niger states.

“It is against this backdrop that Exercise Harbin Kunama III is being re-organized and its mandate expanded to effectively ensure the complete defeat of the fleeing bandits, said Buratai, represented by Maj.-Gen. Lamidi Adeosun, Chief of Training and Operations.

He said the re-organisation of the exercise and expansion of its mandate was to restore public confidence, enhance safety and ensure that socio-economic activities continued without fear or intimidation.

The army chief pleaded with people of the affected states to “persevere in the face of seeming inconveniences due to restrictions that may be imposed during the conduct of the exercise.

“The Nigerian army mandate is aimed at building confidence and ensuring that our country is rid of criminal elements that are poised to destabilise the normal life, rights and freedom of people across the country,’’ he said.

While appreciating the role played by traditional rulers and religious leaders so far in addressing the challenge, he appealed to them to continue to support the army with credible information.

“They are encouraged to continue to galvanize their subjects and followers to tow the path of peaceful resolution of conflicts rather than resorting to violence which does nobody any good.

“I use this medium to once again call on all religious leaders to pray for the success of our exercise and operations as well as pray for the total eradication of insecurity in our country,’’ he said.

He also commended the governors of Zamfara and Sokoto states for the support they rendered throughout the conduct of the first phase of exercise Harbin Kunama III.