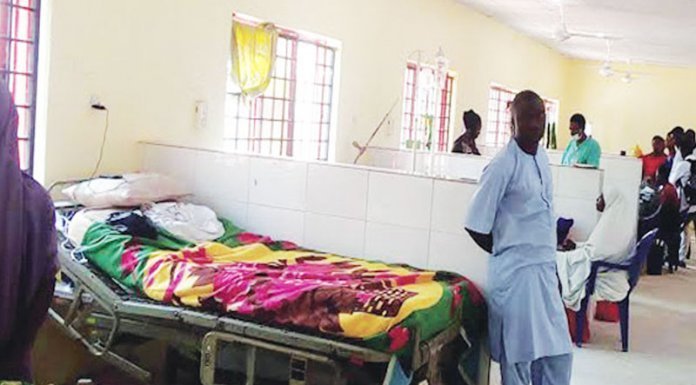 Two staff of private clinic in Daddere Community of Obi Local Government Area of Nasarawa State were on Tuesday met their waterloo as Kidnappers Abducted one Abdulmalik Mohammed staff of Ramat clinic alongside his female counterpart Farida Isa.

An eyewitness disclosed that the evil merchants in large number at about 9:00pm stormed Ramat clinic belonging asking of the proprietor of the facility,Musa Umar Asolo.

The second person in possession of sophisticated weapon handpicked Abdulmalik and Farida since then.

It revealed that apart from the two separate kidnapped the also went away with mobile phones belonging to staff and patients.

Feelers who is a relative to the owner of the private clinic said phones of the two persons abducted are switched off after 72 hours the incident.

The acting Police Public Relations Officer,ASP Samaila Usman confirmed that police  are on top of the situation

Usman said the Commissioner of Police,Bola Longe had mobilised his men to the scene of the incident to effect arrest of suspect