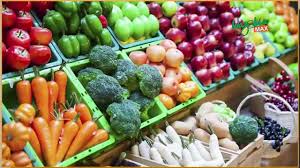 Two hundred  food vendors in Plateau have commenced a training on food management organised by “My Food Bank’, an initiative of ‘My Africa Food Bank foundation’.

The foundation, which was established by some young Nigerians, is focused on addressing food security problems in the country.

The News Agency of Nigeria(NAN), reports that the vendors, drawn from Jos North and  Jos South Local Government Areas, will be trained on the techniques of food management and the food bank smart cards.

Speaking at the commencement of the training on Thursday in Jos, Dr Aliyu Maina, National President, Africa Food Bank Farm, a subsidiary of the Foundation, said that the scheme would ensure access to affordable and subsidised meals to less priviledged.

The President, who was represented by Mr David Ibrahim, a Project Director at the foundation, said that the scheme would be facilitated through contributions by international and local donors, as well as the government and individuals through the food bank smart cards that would be given to beneficiaries.

“This initiative was launched in 2018 by President Muhammadu Buhari. The smart card is unique to the owner whose account will be credited by contributions from the government, donors and the holders. It will also be accepted only by registered food vendors of the initiative.

“The smart card will be distributed to millions of Nigerians regardless of their social and economic status, but with special consideration to the less privilegded and the vulnerable groups in the society,” he said.

Maina said that every problem in Nigeria emanated from hunger, adding that the various crises in Nigeria in the last 20 years were traceable to the quest for survival.

“We are very optimistic that the smart card initiative will help in addressing some of these challenges,” he said.

Maina later inaugurated a 7-man steering committee, comprising critical stakeholders, to ensure the successful implementation of the scheme in Plateau.

Earlier in his remarks, Mr Simon Asemoh, the Operational Manager of the initiative in Plateau, had said that the food managers would be responsible for cooking, processing and distributing raw and processed foods to ‘my food bank’ card owners.

“To ensure an effective process, food managers will be continually subjected to training and will be supervised by the Hygienic Society of Nigeria to ensure that hygienic measures are adhered to, in food preparations,” he said.

In her remarks, Mrs. Felicia Bako, the chairperson of the steering committee in Plateau, implored the support of stakeholders toward making the scheme a success so as to offer healthy meals to indigent people.

“It is very good to assist poor Nigerians to have healthy meals through donations from kind Nigerians,” he said.

Bako, who is also the chairperson of the National Council of Women Societies( NCWS), in Plateau, urged food vendors to be committed to their duties and strive to ensure that the scheme was successful.

She particularly cautioned them against compromising standards so as not to disrupt the vision of the initiative.

NAN reports that Plateau is the pilot state for the implementation of the scheme whose formal inauguration will hold in May.

The initiative is partnering with NCWS, First bank, Eco and Access banks, for its implementation in Nigeria.

The All Progressives Congress (APC) has asked Nigerians to disregard what it termed "fake lamentations" by the main...
Read more