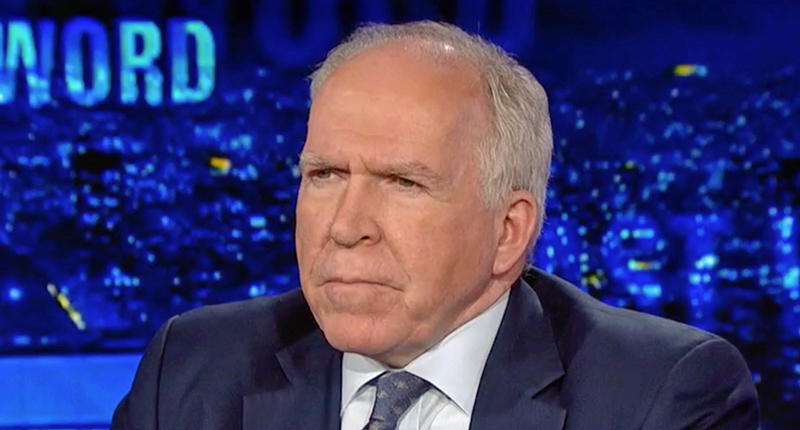 The former director of the CIA on Tuesday predicted that special counsel Robert Mueller could unveil additional indictments — potentially even this Friday.

O’Donnell then asked Brennan for predictions on the Mueller investigations.

“I think Robert Mueller wants to be able to conclude his work and turn over the investigative threads to the Southern District of New York, the Eastern District of Virginia and other jurisdictions as appropriate,” Brennan answered. “We’re coming up to two years — I think he does want to conclude that.”

“I wouldn’t be surprised if, for example, this week on Friday — not knowing anything about it — but Friday is the day the Grand Jury indictments come down,” he predicted.

“What makes you believe he has more indictments?” O’Donnell questioned.

“Because he hasn’t addressed the issues of criminal conspiracy,” Brennan replied.

“That is an area you know something about, that was developing while you were still on the job,” O’Donnell noted.

“Well, it was in terms of looking at what was going on with the Russians and whether or not U.S. persons were actively collaborating, colluding, cooperating and involve in a conspiracy with them or not, but also if there is going to be any member,” he continued, as O’Donnell interrupted.

“Did you see enough at that stage to believe that there would now — that that would result in indictments once investigated?” O’Donnell interjected.

“I thought at the time there were going to be individuals who were going to have issues with the Department of Justice, yes,” he answered.

“And I think we’ve already seen a number of individuals who have been indicted, either have plead guilty or have been convicted now,” he continued.

“If anybody from the Trump family, extended family, is going to be indicted, it would be the final act of Mueller’s investigation because Bob Mueller and his team knows if he were to do something — indicting a Trump family member or if he were to go forward with indictment on criminal conspiracy involving U.S. persons — that would basically be the death of the special counsel’s office, because I don’t believe Donald Trump would allow Bob Mueller to continue in the aftermath of those types of actions,” Brennan concluded.