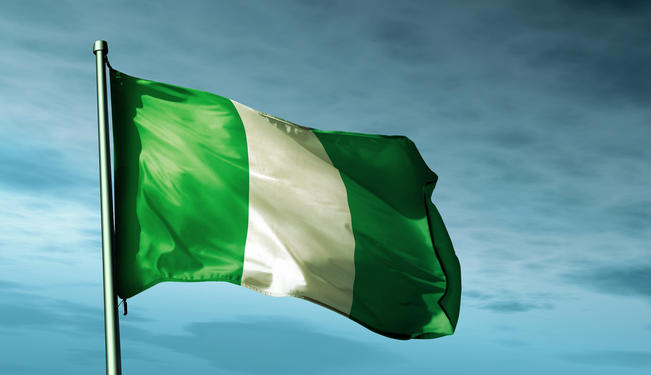 Does anyone find this odd or even slightly cynical that we as Africans, aboriginal to our own land, would be here taking sides to defend or condemn either one of two usurping ideologies that were foisted on us either with beguiled self serving intentions or sheer naked bloody force. When you thresh out the chaff, it becomes apparent that for either religion, (Christianity or Islamism) on arriving Africa, their overriding priority was not particularly the welfare of these peculiarly strange folks they found running around half naked, and who happened to be sitting on top of a vast almost limitless stash of natural resources. To paraphrase the words of a prominent African religious leader who said that when they (the white men) came, we had the land and they had the bible. They said ‘close your eyes let us pray’, when we opened our eyes, they had the land and we had the bible. I believe a similar simple exchange happened in the Northern parts of Africa involving ‘land’ and the Quran, just that it might have been a bit more bloody.

In both instances, a people were stripped of their identity, their pride, their resources, almost everything that made them unique. They were promised new ways, a better way of living, and ultimately they were promised another life, if they lived right in this life. You start to get a glimpse of the skepticism that played on the minds of those Africans at this historical and cultural watershed era. It is all wrapped in this exchange between Oba Ovenranwen Nogbaisi and the leader of the delegation from Britain when they arrived the Kingdom of Benin. After exchanging pleasantries, shaking his hands and noting how fair his skin was, the wise Oba notes ‘your hand is so fair, but is your heart also ?’. History and the ensuing events have answered that question.

Does it really matter who between the Crusaders or Jihadists was the prime aggressor or secondary retaliatory aggressors ? The blood dripping from either, or in some cases, both swords at some point, was African blood. The land stolen was ours, the raped women were our sisters, mothers and daughters. We can take sides to defend, attack, excuse or explain the piety or savagery of these religions, depending on which side you find yourself (and who got to your ancestors first). Know that in that simple divide, we are all lost as a people. We look at each other and see enemies, while someone else looks at both of us and sees just victims.

We were both blindfolded and robbed in the dark. They left the blindfolds on and we remained in that darkness. Whom ever we bump into as we grope our way along

either scares us or infuriates us; so we go around hating, being suspicious of, or at best skeptical of each other. We are all victims of a historic heist.

The most prized possession they stole was our own indigenous ideologies, our sense of self. Our original perception of self; not colored by a foreign superiority deference and a resultant inferiority subservience.

Hence here we are trying to make Christianity look benign and righteous, or make Islamism look humane or even pitiable.

We insist on ‘white wedding’ after the Traditional Wedding. Conveniently forgetting that the ‘White wedding’ is actually the white man’s Traditional wedding. The church is the tradition and culture of Europe. Their Knights are high ranking officers in the church and also recognized and ordained by their traditional ruler, the Queen. This should equate to our own red cap Chiefs (Ozor, Ichie, Otumba etc), but how many of our Chiefs are also Knights, most. How many of them prefer their Knightly status to their traditional title.

Only in Africa do we have a native name and a Baptismal name, which is the white man’s native name. Could we not have been baptized with our native names ?

Adopting the name of a Christian Saint (John, James, Peter) was meant to foster a kindred kind of relationship with this Patron Saint, who would in turn intercede for us.

It also saved a lot of tongue biting. We would not want the polished gentlemen to hurt their tongues trying to call Akpoborie or Obahiagbon.

In the same breathe, the traditional African spiritualist is condemned when he pours libation to his own ancestors, idolatry.

I don’t aim to demagogue the Europeans or the Middle Easterners. Point I’m trying to make is that cultures seem to benefit more the people who own them originally. Judeo-christianity and Islamism (being cultures), benefit more their originators, and in the spirit of self preservation, survival and expansion,  they were exported to foreign lands to expand and increase the benefits they return. McDonalds started in the US, kept expanding until now you have one in almost all countries of the world. KFC, Starbucks and others do similar. They are all reading from the playbook of, say, the Roman Catholic Church. Their methods of spreading may be tweaked a little bit, but the pattern remains the same, also the results.

We were a people before the white men came. We had a system of government.

The Igbos were one of the earliest proponents of representative government through the age grade system, where every age grade sent their representatives to a central legislative gathering that met once every few market days to deliberate on relevant issues. The Eze played executive roles , and mostly ceremonial functions. They saying that Igbo enweghi Eze, or, Igbo amaghi Eze (Igbos don’t have a king, or, Igbos know no kings) did not mean literally that, it connotes that Igbos do not bow to despots. They prefer to be heard, and not herded. You can still find traces of this liberal democratic tendencies in the Madu Asato council (8 man council) still practiced in present day Ikenga, Eziudo Mbaise, or the Orukwu council in same Eziudo.

Esusu is a simple community banking system that was and is still practiced among the Yorubas of Western Nigeria. The Igbos had a similar practice called Orgbor. Here people who find themselves in similar geographic or economic proximity agree to contribute into a common purse. Periodically, each member gets a sizable capital loan (interest free) from this purse to grow their business, or solve pressing family issues. The disbursement was equitably done among the members, and the custodian of the funds was determined by the members according to their integrity. Therein you could see rudiments of the present day loan system, and the credit system. The seeds were there.

Who is to say how and what these nascent indigenous and original ideologies and social systems would have developed into if they had been left in the laboratories of their originators.

Akwuete people made their own fabrics. Benin was smithing Bronze long before the earliest colonialists arrived. Abakaliki was well known for their yam and rice production for generations. Okrika and Kalabari nations had fish farming and sea trade. Eche and Ikwere had a good hold on palm oil and cassava production.

So can we at least research and find who we used to be. Who we are now, is only who they made us. Daalu nu o.

Uzoma Chukwuocha is a Nigerian trained MD, practicing in the US. He is working on his first Book.