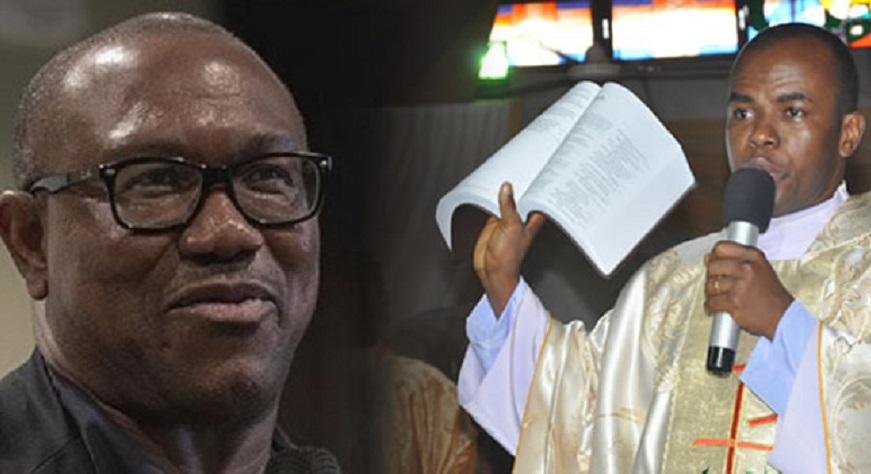 Father Mbaka has defended his outburst with, saying he was scripturally right, despite the Catholic Church denying any involvement in the incident

In a video that has since gone viral, Father Ejike Mbaka was seen telling the vice presidential candidate of the Peoples Democratic Party, Peter Obi, during the annual harvest and bazaar celebration of the church on Sunday, that neither the PDP presidential candidate, Atiku Abubakar, nor President Muhammadu Buhari of the All Progressives Congress, would win the 2019 presidential election.

While speaking today at Wednesday’s ‘E No Dey Programme’, he said he is scripturally right and not cowed.

According to him, Sunday’s programme was a bazaar programme where people are invited to support church project(done once a year). He said there is nothing to hide. He gave instances with biblical verses to back up his claim. He recalled how Ananias and his wife died in the bible while trying to be tricky with Peter after selling their land.

He said Peter Obi is his son and he has every right to tell him if he is stingy or not.

According to him, what he asked for in a bazaar was to support God’s project not Mbaka’s project.

He said no project there belongs to him but Catholic church. Speaking further, he said when you are anointed, you can talk to both the poor/politicians without fear.