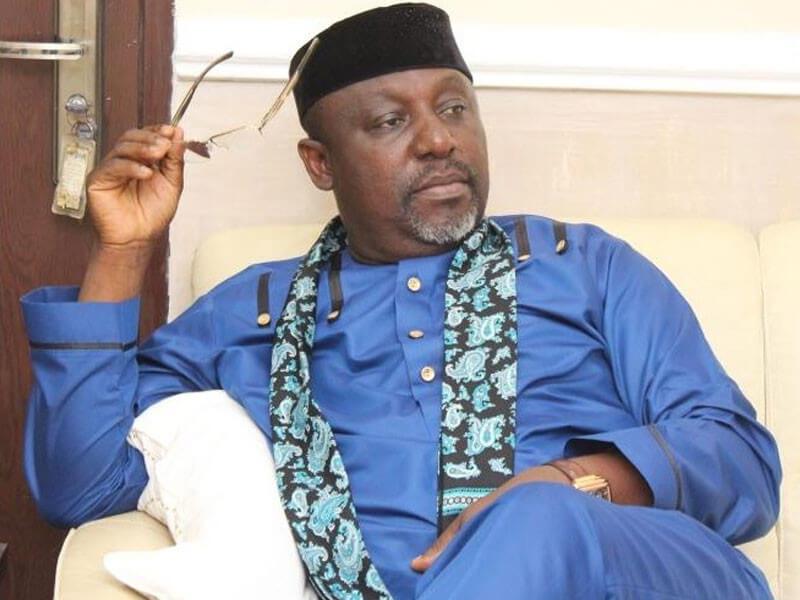 Those who called me Okoro-Awusa Must Apologize – Okorocha

The All Progressives Congress, APC, Imo state which Governor Rochas Okorocha is the leader will never allow those who called him “Okoro-Hausa” and “Alhaji in Government House” and who branded APC Boko Haram party and harassed members of the party with armed personnel in 2015, to make any valid claim in the party unless they first apologize to the governor and APC members in the State.

Some of these elements including Chief Hope Uzodinma who want to be governor today on the platform of APC and their cohorts in PDP gave Governor Okorocha all sorts of derogatory and inciteful names during the 2015 election. They did all they could to ensure that Imo people and indeed, Ndi-Igbo in general reject APC and President Muhammadu Buhari at the poll.

On the election days, they flooded the state with solders and other security personnel. They even barricaded the governor’s house at Ideato South with two amoured vehicles with not less than one hundred solders and even held students of Rochas Foundation College who came for a programme, hostage.

These people who claim now to be members of APC should not, as a matter of fact have any valid claim to make in the same party they never wanted to exist. If Imo people had listened to them and rejected APC and President Buhari then, they would not have had any APC to join today and begin to make claims they never deserved in all ramifications.

It is also worth mentioning that Governor Rochas Okorocha won his election in 2011 without any of the big names in Imo politics who were mostly in PDP. In 2015, he also won his election without any of them. We also want them to leave APC alone for them to either defeat the candidate of the governor in 2019 or continue to suffer defeat in the hands of Rochas Okorocha.

It has become important this time to let the public know that these people do not come home. They have no link or relationship with the Imo electorate. They were the ones who asked for direct primaries for Imo APC on the pages of newspapers and on the social media. And when the chips were down, they were nowhere to be found, because action speaks louder than words. They are disconnected from the grassroot people where election takes place. And that is the reason Rochas Okoroocha will continue to take before them in Imo politics.

In less than eight years, the achievements of Rochas Okorocha have exceeded all the achievements of all those who had governed the state before him add together. We have been making this harmless and fundamental claim repeatedly and nobody has come up to say, it is not true.

Imo people are on the same page with Rochas Okorocha, except the few professional politicians who want political power at all cost. They hired about eleven unemployed youths and armed each of them with three made in “Korea” Phones and they registered them with non-existent names and they do nothing else, than to be flooding Whatsapp with fictitious stories they always describe as “breaking news”. To all men and women of good tidings, Imo is APC one hundred percent and Rochas Okorocha is the point man. QED.

COVID19: CLEEN Foundation calls for the Expansion of PTF to include Women, PWDs & Youths for Effective Representation of all sections of the society