As voters in Osun state turned out in large numbers on Saturday, there was a moment of panic for the candidate of the Peoples Democratic Party, Ademola Adeleke, as the card reader did not initially work.

Adeleke voted in Ward 2 Unit 9 at Sagba-Abogunde in Ede north at about 8:01 am after an initial hitch with the card reader.

”The card reader took a lot of processes before it started working and I hope it is not the same in other polling units,’’ he said.

Correspondents of the News Agency of Nigeria (NAN) covering the election reported a high turnout at many of the polling units visited across the three senatorial districts of the state.

A heavy security cordon was also thrown on the state with the massive deployment of policemen as well as other security agencies while soldiers were sighted on the outskirts of the state capital.

There are 3,010 Polling Units and 755 Polling Points spread across the three senatorial districts and 30 local governments areas of the state.

Although INEC registered a total of 1,682,495 voters, some 400,000 Permanent Voters Cards remained uncollected at at Friday. 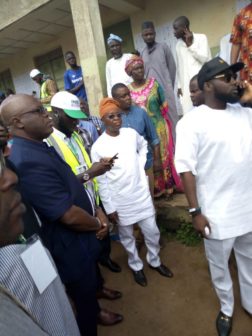 Although 48 parties are participating in the election, the frontline candidates are Gboyega Oyetola of the All Progressives Congress(APC), Ademola Adeleke of the Peoples Democratic Party and Iyiola Omisore of the Social Democratic (SDP).

In Osogbo, the state capital, many of the residents had trooped to their polling units as early as 6.am.

At Osunbukola Ward 10 Unit 003 Polling Unit in Egbedore, more than 300 voters were sighted on the queue while accreditation and voting commenced about 8.10am.

There were also some policemen and NSCDC personnel at the polling unit.

The Accreditation Officer at the unit, Mashood Samson, told NAN that the exercise has been hitch-free with the card readers working perfectly.

An official of the Transition Monitoring Group, Dr Abiola Afolabi, disclosed that the exercise in the units visited so far has been orderly. 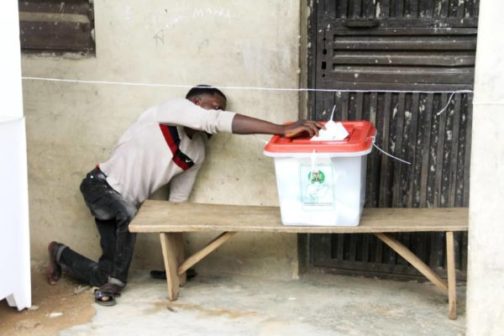 At the Ward 5 Unit 1 Polling Unit in Osogbo Local Government, more than 300 voters were on the queue for accreditation and voting which started at 8.10.am.

An international observer from the National Democratic Institute who simply identified herself as Miss Courtney said the exercise so far has been transparent, an assessment corroborated by Busayo Soyebi of the Centre for Transparent Advocacy.

At the Osogbo Polling Unit 2 Ward 5 inside Osogbo Grammar School, no fewer than 200 voters were sighted waiting to be accredited.

The exercise was orderly while five policemen and one NSCDC official were sighted keeping vigil. 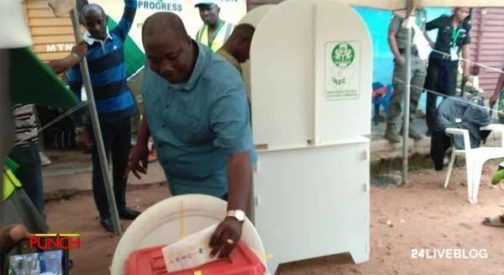 In Iragbiji, the hometown of the APC candidate, Gboyega Oyetola, there was also a massive turnout.

At the polling units in LA primary School Popo, Ward 1, Oja Oba Town Hall, Ward 2, Osolo Hall, Ward 1 and Oke-Osun, Ward 1B, many of the voters arrived as early as 7:00 am to check their names on the voters’ list.

Some voters, however, complained that they could not find their names on the voters’ register.

The INEC Presiding Officer, Mr Lawal Adewale, said they had no challenges at the voting unit as materials arrived early.

More than 200 voters were at the polling unit made up three voting points to cast their vote.