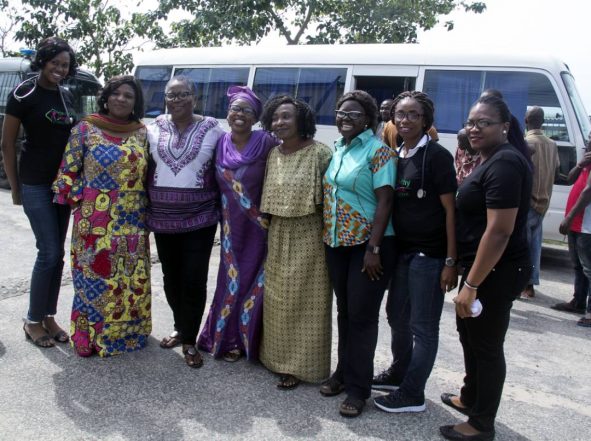 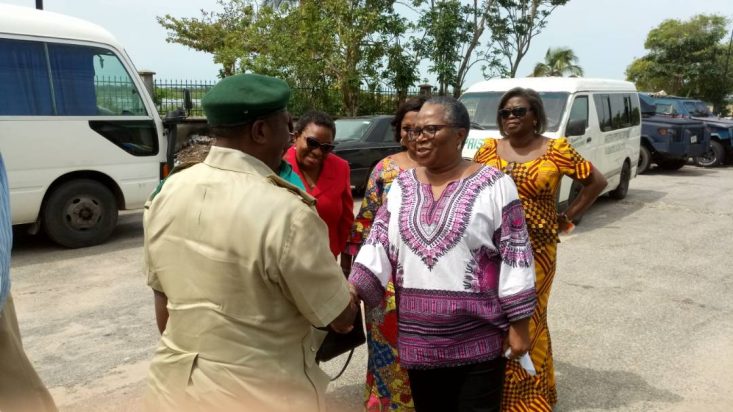 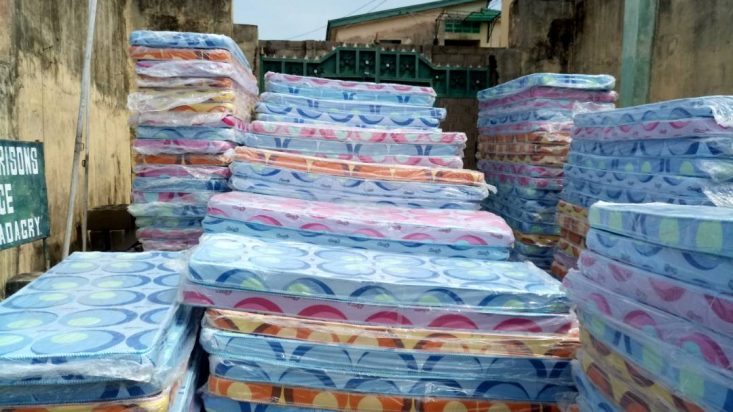 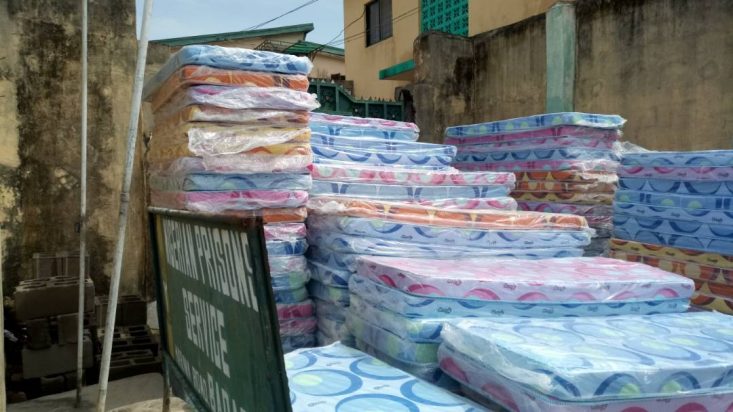 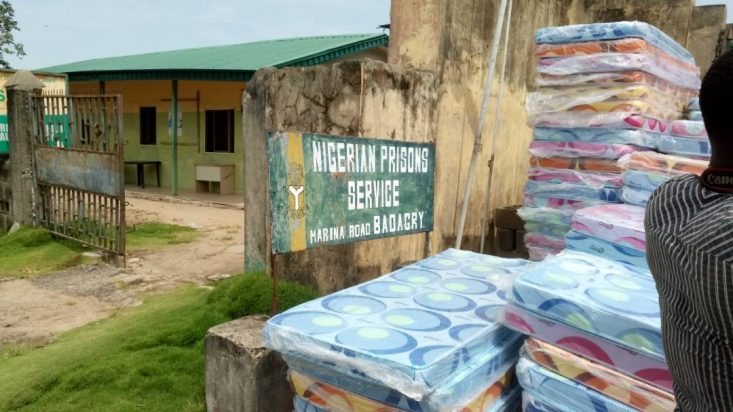 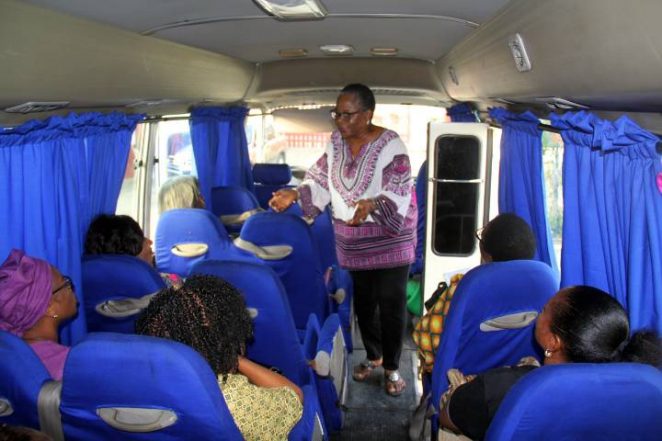 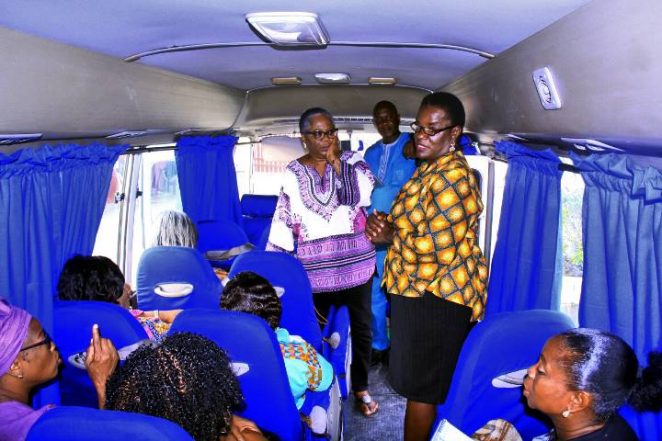 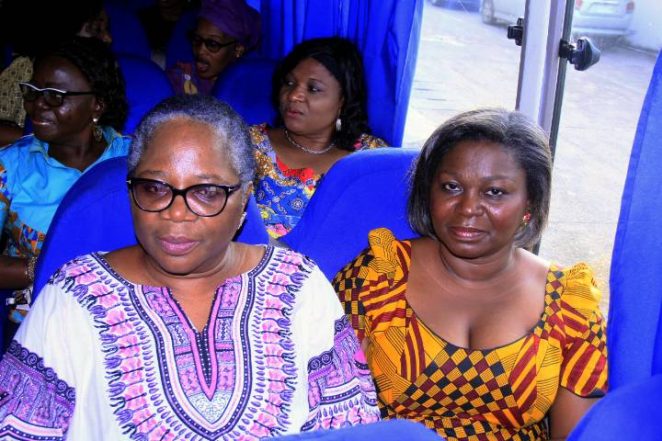 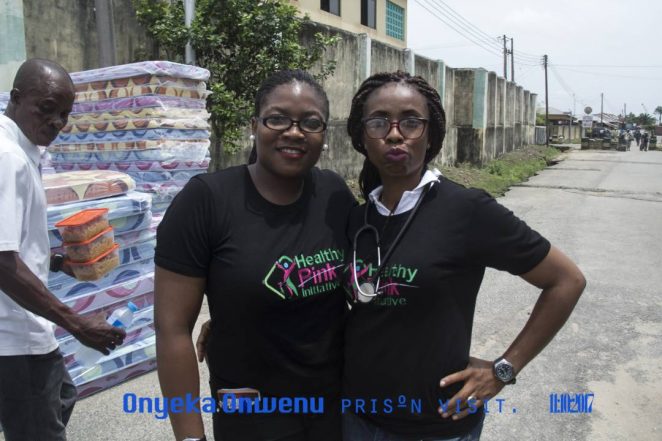 It was a bright and sunny day on Wednesday, October 11, 2017 as a group of women philanthropists led by Nigeria’s renowned music icon, Onyeka Onwenu visited the Badagry Prison in Lagos on an outreach to hundreds of children incarcerated in the adult prison.

Earlier in 2017, a moving story by Ayomide Odekanyan went viral on social media. The author recounted a visit by the Lagos State Chief Judge, Justice Funmilayo Atilade to the beachside prison. The chief judge had hoped to free 28 underage inmates at the prison. But, she met “hundreds of hungry and unkempt children, displaying varying stages of disease and neglect”.

“Held deep in the dingy cells of the prison among the convicted murderers, armed robbers, rapists, and the likes are also children and teenagers serving sentences for various offences ranging from petty theft to wandering and even street hawking,” Adekanyan’s haunting piece read. “The horror within the Badagry Prisons cells is better imagined.”

When Ms. Onwenu read Adekanyan’s report in August 2017, she decided to intervene on behalf of the children who had found themselves held by the state in a prison meant for adults. She began to organise to visit the children and do whatever she could to bring their plight to the attention of the authorities.

On Wednesday, she was joined by some members of the Christown Platform, a Christian Whatsapp Group founded by the music legend, members of Prison Outreach Department of the Fountain of Life Church, two of her friends, Mrs. Chinelo Egbuna and Mrs. Violet Obiora, a team of doctors from an NGO, Healthy Pink Initiative Services, and two officers of Ztalion, an NGO.

The team presented 240 mattresses, biscuits, medical supplies and drugs to the inmates of the Badagry Prison.

The public outcry that greeted the revelation of the pitiful plight of the children, it appears, informed the decision by Lagos State to move the children from the Badagry Prison to a remand home for children.

However, some teenagers remain incarcerated at the prison facility.

“In our pre-visit investigations which included interactions with officials of the Nigerian Prison Service, we found that the most critical need of the inmates were mattresses,” a member of Christown told our reporter. “So we set out to raise money and target to buy as many mattresses as we could for the prison inmates.”

This effort by Christown, led by the music legend, Onyeka Onwenu raised enough money to buy 235 mattresses. Mouka Foam donated 5 mattresses, which brought the total to 240.

The team met with the prison inmates at the prison chapel. Onwenu led a praise and worship session, trilling the inmates some of her iconic gospel sons. It was a fully charged arena as the inmates rejoiced at having the privilege of meeting the super songstress herself.

She shared her life’s testimony with the inmate. She told them how she lost her father at the age of 4, but by God’s grace she won a scholarship to study in an American university. She encouraged the inmates to dream big about tomorrow, regardless of their present circumstances. Tears began to flow, as many could not hold back their joy.

While the music icon was interacting with the prisoners, the medical team from the Healthy Pink Initiative Services was tending to inmates that were ill.

Ms. Onyeka Onwenu handed over the gift items, on behalf of the donors, to the Lagos prisons comptroller who was represented by DCP Olumide Ogunkeye.

While expressing appreciation for the kind gesture, the comptroller’s representative stressed that all inmates are fairly treated as human beings, noting that great effort is being put into ensuring that the prison service remains a positive corrective measure.

He thanked Ms. Onwenu and the team for the extension of grace “unto the lost children of God’, adding that with great support of this magnitude, so many ills in the society would be corrected.

Mrs Onwenu told our reporter that for her, there are so many levels of victory for Jesus following the visit to the prison.

“The looks on the faces of the inmates showed that for them, the visit was an answered prayer,” she said. “This visit, undoubtedly rekindles the hope for greater answers to come.”

“This is a fellowship well put together, a communion of some sort,” she said as she stressed that it was heart melting to see in their eyes the realization that they have erred and would do anything not to find themselves in prison anymore.

The songstress said the visit served more like a therapy for both jailer and prisoner alike.

She noted that “the visit was undertaken to also inspire more people to realise that they too have to do something”.

Onwenu called on the government to take a second look at what goes on in prisons around the nation. The aim should be the transformation of lives of the people who pass through the system.

Mrs. Enai Agodo, an executive member of the Prisons Outreach Department of the Fountain of Life Church who was part of the delegation, noted that the group was only carrying out God’s injunctions. She opined that touching another person’s life is freedom in itself.

“In addition to what we have donated today, Loshe Chocolates, which produces bespoke packages from Nigerian cocoa beans has pledged to donate a borehole to the prison,” Ms. Onwenu revealed.

She also called on Nigerians to do their honest bit to see that the lives of prisoners are touched in a positive way.

The team promised to visit the prison again in two weeks for a wider medical outreach. “The health needs at the prison are enormous,” one of the volunteers remarked to this reporter as the team left the prison.