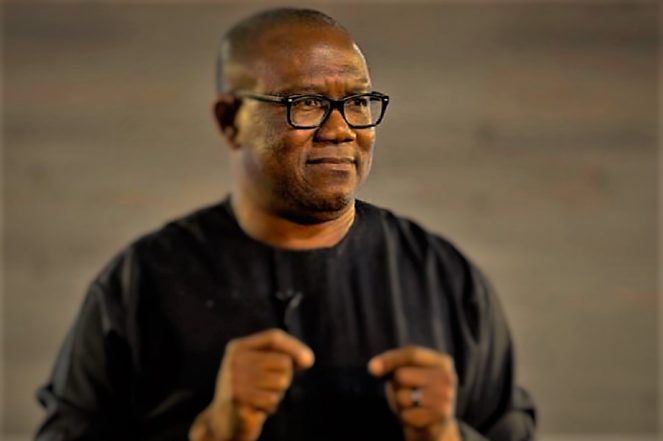 Democracy rests on the sacred principles of transparency, probity and service above self. As the November 18 governorship election in Anambra State draws nearer, it has become imperative that we interrogate the past of the key dramatis personae in the Anambra State political drama. We may not recreate the past, but the past certainly determines the present and even affects the future substantially. In this context, we would like Anambra people to reflect on the soul-stirring letter addressed in June, 2009, to the chairman of the Economic and Financial Crimes Commission (EFCC) by a nongovernmental organization based in Onitsha, Intersociety. It is worth your reading and time.

We, in the International Society For Civil Liberties And The Rule Of Law, Intersociety, humbly write to Your Commission, concerning the named subject matter.

On Sunday, the 1st day of June, 2009, the police in Lagos State were alerted by yet-to-be-identified persons, concerning strange movement of a vehicule which reportedly belonged to the Government of Anambra State.

The informers had reportedly informed the police that the vehicular were in possession of caches of arms and ammunition, reportedly purchased by the Government of Anambra State, to be used against its opponents and the Anambra populace in the upcoming gubernatorial election in Anambra State . When the police struck, according to sources, they discovered huge sums of money in different naira denominations, which were reportedly stashed in some Ghana-Must-Go bags. The said vehicular were reportedly moving towards N0 7, Aerodrome  Street, Apapa in  Lagos State, which is the corporate headquarters of companies belonging to Mr. Peter Obi and his associates. It was also discovered, as alleged, that one Ejike Onwusogbulu of Glitz Introvert Ltd. Lagos, who allegedly works for the Government of Anambra State, as a contractor, was the carrier of the said huge sums of money.

Since then, the following versions of the story have been in circulation:

4.      That those caches of arms and ammunition were found in the vehicular.

5.      That the money found, was not up to any of the amount mentioned (government source)

6.      That the movement of such huge cash to the source mentioned, has become a routine.

7.      That the money, recovered, was meant to be laundered through unconventional routes.

9.      That Governor Peter Obi is a pretender, fraudulent, profligate, plunderer, corrupt and an abuser of office, who stashes Anambra Commonwealth in the Republic of Cape Verde .

10. That Mr. Valentine Obienyem, Governor Obi`s Special Assistant on Media Matters and some relatives and close associates of Mr. Peter Obi, were in company of Mr. Ejike Onwusogbulu, in the said vehicles, when they were caught.

11.  That the ownership of the said monies, which is a looted fund, as alleged, is between Mr. Peter Obi and his media aide, Mr. Val. Obienyem.

12. That the money so recovered, is one of the numerous dirty and illegal trans- State (Anambra) transactions, carried out by Mr. Peter Obi and his cronies, which go unreported.

13. That the money so recovered was derived from genuine business transactions between Mr. Ejike Onwusogbulu, his Glitz Introvert Limited and the Government of Anambra State.

14.  That the money so recovered, was meant, specifically, for the purchase of brand new and Belgium automobiles for the Government of Anambra State.

15. That the money was not to be laundered, but it was received from cash payments made by the Government of Anambra State to the said contractor last weekend.

16. That the automobile dealers, especially those operating from wharfs, sell cheaper and supply high grades, on cash-and-cash basis.

Among these versions, what baffles the informed mostly is the carriage of the huge cash, and on a Sunday. Though, a source claimed that it was to be used in the following day (Monday). Some critics have also questioned the rationale behind Governor Peter Obi`s curious visit on Sunday (01/06/09) to his Apapa office, on the heels of the incident. Though, a source, again, claimed that his visit was prompted by a weighty allegation that caches of arms and ammunition were found in his passive convoy in Lagos .

In the events of these, we are of the firm view that it is only by competently, comprehensively and conclusively investigating this matter, that truth could be known; our laws protected, Anambra treasury secured, public interest protected and the accused exonerated and their image cleared if they are found to be innocent.

Therefore, we humbly call upon Your Commission to investigate the said matter, as a matter of uttermost immediacy, competence, comprehensiveness and conclusiveness. Your Commission investigations may be primarily focused on financial criminal aspect (money laundering, etc). And in the course of the investigation, relevant laws pertaining to cash transaction, transit, carriage, etc, shall be considered.

All the sixteen listed versions as well as the principle of mens reu (intention) shall be fully examined and exploited. The following persons shall be invited and dispassionately interrogated:

May we, also, remind Your Commission that by the Nigerian Supreme Court Precedent, in: Chief Gani Fawehinmi Versus Governor Ahmed Bola Tinubu, a sitting governor can be investigated, indicted or exonerated? If indicted, he would face criminal prosecution after his immunity (see section 308 of the 1999 Constitution) elapsed. If other persons mentioned or suspected, are indicted, they should be prosecuted accordingly. The report of Your Commission`s findings shall be made public.

We humbly, trust in Your Commission prompt and competent handling of this important matter.

2.      Attorney General of the Federation