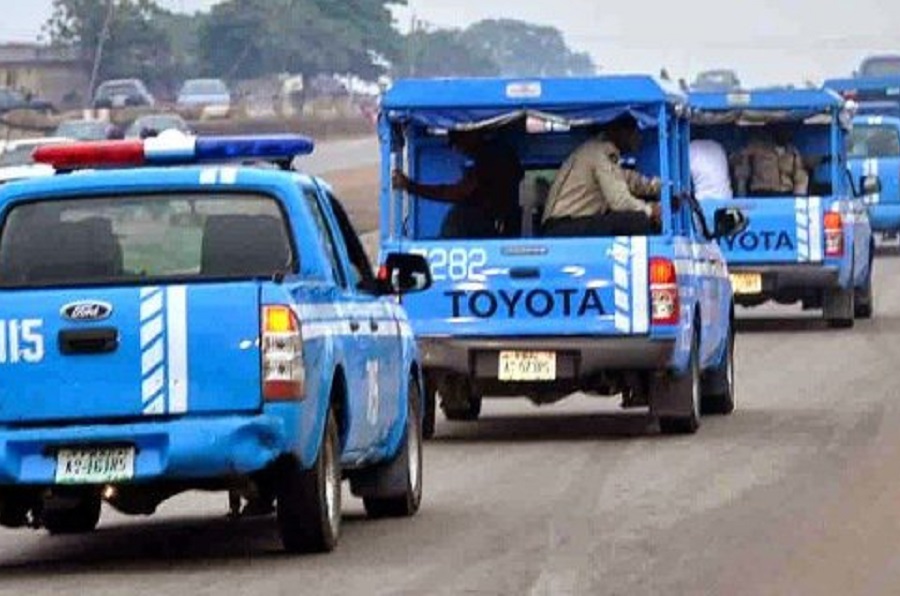 Police in Onitsha,Anambra state have commercial bus driver who was identified as Obiekezie Okonkwo for allegedly crushing an official of the Federal Road Safety Commission, (FRSC) to death.

Okonkwo is currently cooling off his head in the police custody at the Fegge Divisional Headquarters, Onitsha.

He was driving a Toyota Hiace with Registration No. ATN 466 ZK had lost control of his vehicle and allegedly knocked down the 32-year old FRSC official on duty who was identified as Ojukwu Noble.

According to the source, the incident occured at the foot of the Niger bridge in the Onitsha commercial city.

Efforts to revive Ojukwu at the nearby Toronto hospital, Onitsha, proved abortive as the medical experts confirmed him dead, few hours after he was rushed to the hospital.

The Divisional Police Officer (DPO) in charge at Fegge, Mr. Rabiu Garba, a Superintendent of Police, (SP) who confirm said the driver would soon be charged to court for manslaughter.

Garba disclosed that the driver was already being detained at the station, while his vehicle was taken to the premises of Onitsha unit command of the FRSC