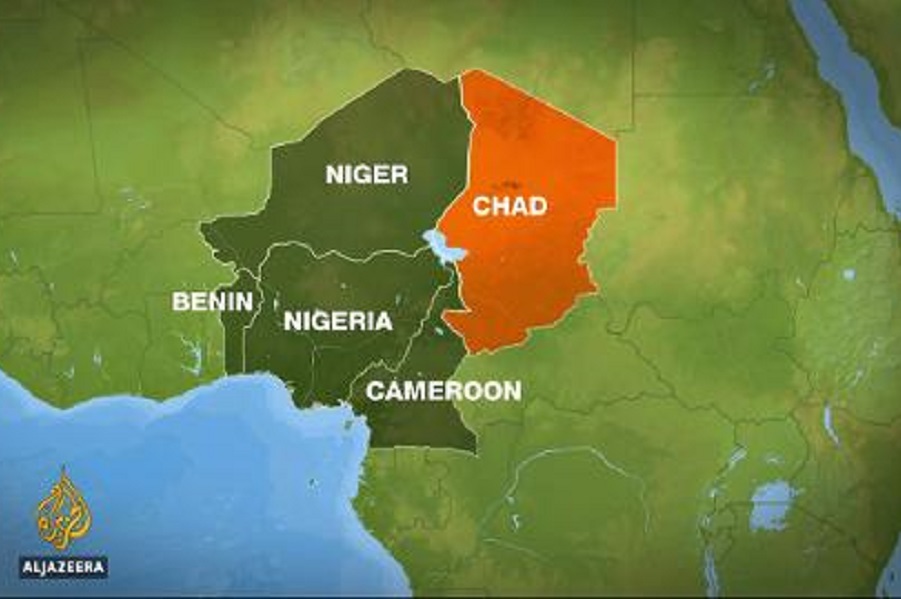 An international civil rights organisation, Save Humanity Advocacy Centre (SHAC), Nigeria, has asked President Emmanuel Macron of France to order an immediate investigation into the alleged involvement of his country in the increasing wave of Boko Haram terrorists in the Lake Chad Basin.

The organisation premised its demand on the fact that overzealous operatives and/or business executives may be operating below the radar to pass off personal agenda as national interest.

The Executive Director of SHAC, Abubakar Idris Ibrahim, in a letter to the French President obtained by journalists in Abuja on Tuesday, said the outcome of the investigation must lead to immediate actions against persons found culpable of such gross threat to the world.

While recommending appropriate sanctions for countries that have acted against the internationally accepted position of not sponsoring terrorists or supporting terror organisations, Macron must firmly clarify the role of France in Boko Haram’s growing menace in the Lake Chad Basin region.

He said, “We therefore urge you, in your capacity as one of the influential leaders in the world, to immediately cause an investigation into the extent of France’s involvement since it is possible that overzealous operatives and or business executives may be operating below the radar to pass off personal agenda as national interest.
“The outcome of the investigation must lead to immediate actions against persons found culpable of such gross threat to the world and sanctions for countries that have acted against the internationally accepted position of not sponsoring terrorists or supporting terror organizations. You must firmly clarify France’s role in Boko Haram’s growing menace in the Lake Chad Basin region.
“Such behaviour is responsible for a situation where terrorists ride on their connection with operatives in the security circle to infiltrate countries in Europe and today flood the streets of western civilization with blood. This reality is what gives people like us the slightest flicker of hope that France, at least not under you, can be involved in something as repulsive as being suggested.
“Our expectation is that France under your leadership must act fast to prove to the world that it is not using Boko Haram to wage an economic war against Nigeria.
Thank you in anticipation of your intervention in this pressing matter as we hope that we can count on your principled resolve to the needful in the interest of humanity.
“The recent escalation in Boko Haram attacks in Nigeria however threatens to undermine France’s reputation given the unfortunate connections and coincidences that cannot be simply wished away. There are strong suggestions that France or its allies – Niger, Chad and Cameroon are providing momentum for the terrorists to keep operating. For instance, it was reported that Boko Haram fighters were able to reorganize on the territories of these countries to regain the ability to launch attacks in Nigeria.
“A columnist, Richards Murphy, in an article ” What If Oil Is the True Ideology of Boko Haram?” practically stated that France, through Niger, Chad and Cameroon, is sponsoring Boko Haram in order to gain control of the crude oil deposits in the Lake Chad Basin region. The article, and several others, claim that the resurgence of Boko Haram is all about a war for resource control.
“French activities in the area have been identified as including airdropping weapons and provisions to Boko Haram terrorists; provision of training as evidenced in the French nationals among captured fighters on several occasions; and provision of military grade intelligence on troops movement to the terrorists. The combination of these input is credited for the deadly outcomes that Boko Haram attacks have on both government troops and civilians alike.
“While there is no evidence that this is the case, concrete steps must be taken to assure that France under Macron cannot be associated with any group in the mold of Boko Haram and in such manner. Our firm belief is that you are a departure from the kind of reckless engagement that saw your one of your predecessors, Nickolas Sarkozy entangling the world in the Libyan fiasco, which eventually turned out to be an albatross for Europe.”
SHAC), Nigeria is a non-governmental organization that works in bringing relief to persons living in crisis hit areas.
Owing to its belief that human suffering and loss of life could be avoided in the first place when there are no armed conflicts, SHAC has major interest in crisis prevention, which it implements by acting as an early warning agency that identifies and flag potential crisis triggers for governments to act towards averting same.

SHAC’s most recent work has been around the Lake Chad Basin region, where Nigerian troops, sometimes in coordination with the militaries of neighbouring countries, are conducting operations to defeat fighters of the Boko Haram terrorist group.

SHAC however, congratulate, the French President for successfully participating at the summit in Mali that discussed the dangers of terrorism to not just the West African sub-region but the world at large.

“The culmination of that summit in the formation of a Sahel-Force to combat terrorism is a testament to what can be achieved when nations cooperate to address common threats. Your country, France, has been in the forefront of forging alliances when it matters”, Ibrahim said.