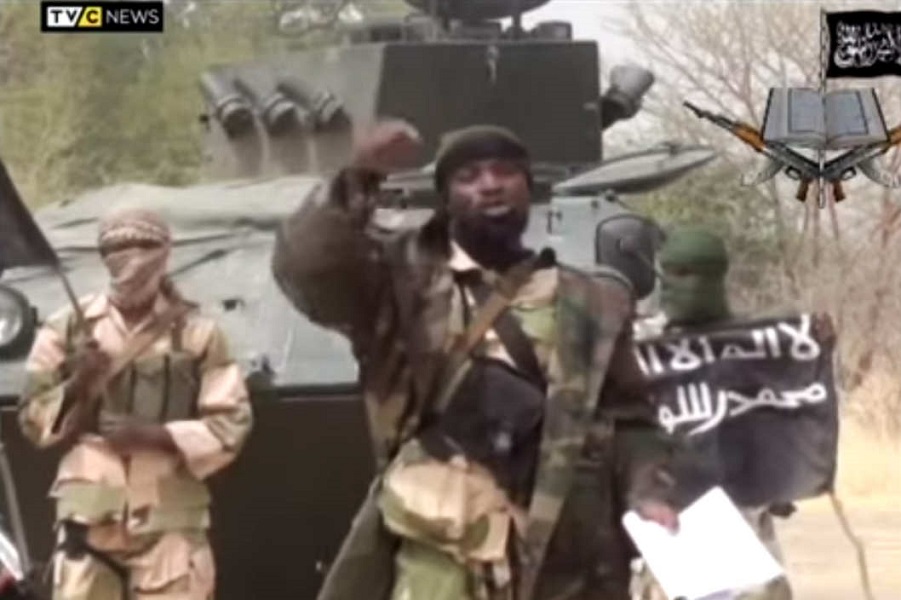 Imam Abubakar Shekau, the Boko Haram leader prefers to be addressed as such, has always been in a desperate bid to be seen as a religious fanatic since he took the reins of an insurgency to demand the strict application of Islamic Sharia law across Nigeria. With the benefit of hindsight, there are a lot to question about this declared motive as each successive day and every additional outrage committed by the Shekau led terrorists add up to build the collage of a picture that tells a different story from the one he has been peddling.

Perhaps if the founder of Boko Haram, Mohammed Yusuf had not been killed after his capture in 2009 the group might have been less virulent. Prior to the incidents that led to Yusuf taking on the state, his greater efforts were geared towards the theological bend, relying more proselytizing and coercion rather than industrial scale murder. The sacrilege that the Shekau’s version of Boko Haram has built on Yusuf’s grave is thus better appreciated against the backdrop that what might have been genuine religious extremism has been repurposed into an entirely sick enterprise that has no strand of belief in the divine left in it.

When Shekau deranged attacks first start extending beyond drive-by shooting of local political figures it was to attack military formations, which was easily explained as retribution for Yusuf’s controversial death. Then the attacks moved to churches, which was put down as a fanatical zeal to purge the northeast Nigeria of Christians. The alarm bells should have jangled loudly when Boko Haram added mosques and Islamic gatherings to its shopping list. That is when it should have been glaring that the carnage and wholesale destruction of an entire region has nothing to do with a desire to make a particular religion dominant; that Islam is as much the victim as any other thing or institution that Boko Haram has attacked.

Something else that should have piqued curiosity was the reported airdrop of caches of weapons to Boko Haram in the areas immediately beyond the borders of Nigeria. The weapons were reportedly linked to France, which is ridiculous because it is ironic that Boko Haram would accept hardware from France or from that country’s proxies in spite of the anti-west rants that regularly spew forth from Shekau. This is as incongruous as the French nationals that have been arrested within the ranks of Boko Haram fighters, possibly providing instructions.

The arrested French fighters highlight another disparate deal that Boko Haram is into. Each time the terror group is financially stretched along would come some French nationals who would be kidnapped and France would covertly hand over some cash to Boko Haram under the guise of paying ransom to free its citizens. First poser is how come some French nationals freely mingle with the terrorists while others are kidnapped for ransom? Second poser, why do other westerners avoid the terrorists infected areas like plague and the French treat the same are like a pilgrimage site only to get abducted? Furthermore, if the terror group has dedicatedly targeted its nationals on this scale why has France not increased its cooperation with and support for Nigeria to tackle the menace seeing that its partnership with Nigeria’s neigbours has not yielded much result?

The answer could be in Boko Haram’s latest interest that was revealed when it attacked a team that was prospecting for oil in the Lake Chad Basin area. Could it then be that the whole claim about a Jihad was a cover to make the entire area inhospitable to oil prospecting? It is a known fact that growing militant activities in Nigeria’s south-south will necessarily prompt the country to explore its other regions for the possibility of drilling oil elsewhere. What other foreign interests, being aware of the resources in the Lake Chad Basin, had put up some crackheads to pose as religious fanatics for the purpose of frustrating any meaningful exploration for petroleum in the region?

It is remarkable that in the weeks preceding the attack on the Nigerian oil prospecting team not much has been heard about full implementation of Sharia as being the driving ideology behind the mindless savagery that is Boko Haram’s hallmark. Somehow, the tone of the insurgency is beginning to tend towards one that questions Nigeria’s interest in its own natural resources.

This metamorphosis of Boko Haram from an extremist fanatical terror group into fighters-for-hire in an insurgency that is fast becoming an economic war should catalyze the Nigerian state into  diversifying its existing approaches to containing the terrorists. It must further interrogate how much of the crisis in the northeast is influenced by a perverted understanding of Islam and how much of it is the doing of foreign interests that are interested in its natural resources.

For one, those in charge of Nigeria’s affairs must focus on the wellbeing of the 180 million lives that are in the crosshair of this apparently sponsored insurgency. This implies that its military response should take on more force. There should be no more soft handling of self professed killers irrespective of on whose behalf they are killing. They should be dealt double the blow they deal Nigerians. The military only needs to point to its repeated offer to Boko Haram members to surrender as proof that those who would be annihilated in a tougher operation against terrorism asked for it.

The country must equally approach the International community to call any country that is meddling to order. A first step would be to ask France to clear itself of all the allegations that it is propping up Boko Haram in furtherance of its interest in Lake Chad Basin oil. Its interest in Libyan oil under the guise of supporting the so called Arab Spring was a fiasco that opened up Europe to a flood of Jihadis arriving with refugees. A Nigerian incursion would turn out even worse.

Local politicians that had backed or sponsored Boko Haram fighters in pursuit of local political agenda and those sympathetic of its cause out of genuine fanaticism must reassess their position. The dabble into resource control places the terror group in a no go zone as its fighters would now turn on just anyone so long as a higher bidder ups the stake.

When Shekau is to make his next rant video, he should be bold enough to transpose the word Crude Oil in every instance he would have uttered the revered name of God. That is until his capture anyway and that is a matter of time.