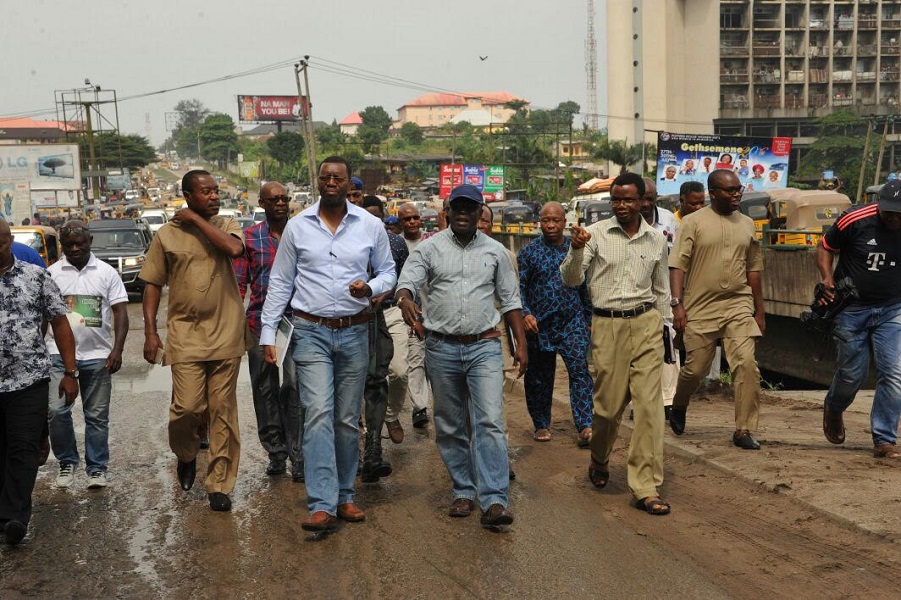 Nigerians were treated to a huge shock recently when it was revealed that if no urgent steps were taken, the mainstay of the Nigerian economy, the crude oil reserve would be totally depleted in the next 37 years. This exposition was made by Mr. Guy Maurice, Managing Director of Total Upstream Companies in Nigeria, at the opening of the 29th Annual International Conference and Exhibition of the Nigerian Association of Petroleum Explorationists.

The worry was further heightened by the fact that with a production output of 2.5 million barrels of oil equivalent per day, Nigeria currently depletes about 1 billion barrels of crude oil annually from its 37.2 billion barrels of hydrocarbon reserves. To address this threat, it was suggested that policies must be put in place for industry to gain a lot of time in the contracting cycle, especially by drastically shortening and reducing the time to access rigs for exploration in the Nigerian waters.

This revelation has sent a strong signal to all the levels of government in the country to brace up for the odds. For some decades now, Nigeria has heavily relied on the crude oil as the mainstay of its economy. Even earlier signals to diversify the economy has been treated with levity. Previous governments only harp on the need to diversify when there were downward trends in the oil market but forget the diversification mantra easily when the situation improves. It is a fact that Nigeria as an individual country does not determine what happens in the oil market but depends on the interplay of the market forces. The oil economy has continjued to dim further with the discoveries of crude oil in other countries of the world. The market is worsened by the diversification to alternative sources of power.

It will be recalled that the collapse of the global oil market in the mid 2014 has exerted serious pressure on the nation economy. Some of the consequences are dwindling government revenues which have exerted budgetary pressures at various levels of government.The export revenues have also been affected by this trend, while the macro- economic variables have deteriorated with the Naira exchange rate devalued, causing rising inflation and higher interest rates.

Before oil was discovered at a commercial quantity in Oloibiri in the late 50s, Nigeria was a strong agricultural economy. There were groundnut pyramids in the North, Cocoa plantations occupying almost the whole of the West as well as oil palm plantations in the East. Then, the oil came, which is figuratively described as the “black gold” because of the pains associated with it, the pyramids, cocoa and oil palm plantations disappeared and the Nigeria rich soil now lies almost fallow. Unfortunately, Nigeria’s palm oil production, which now accounts for a woeful 7% global out-turn, was before now the mainstay of the nation’s economy which accounted for  43% of the global production.

Indeed, the revelation is a clarion call to both the federal and state governments to prepare for the dooms day which seems imminent. Thank God in Abia State, the administration of Governor Okezie Ikpeazu has long commenced preparing the state for the rainy day. In few years ahead, the state economy will be substantially driven by oil palm economy as the  state targets to develop 7.5million palm seedlings occupying 10,000 of oil palm plantation across the state.

The project will come in phases. The first phase will produce 2 million seedlings. The second phase is projected to record 3 million seedlings, while the last lap will produce the rest 2.5 million seedlings. The state is as well embarking on massive plantation of other economic crops such as ginger, pineapple and cassava, and Ohambele in Ukwa East Local Government Area of the state has mapped for the production of ginger and pineapple. Worthy of note here is that close to 2 million palm oil seeds have already been planted at Ayaba Umueze in Osisioma Ngwa Local Government Area.

Gov. Ikpeazu reswolve to diversify to agriculture has not been in doubt. He has demonstrated the height of genuiness in this ambition. From the abundance of heart, a man speaketh and Gov Ikpeazu has demonstrated this abundance and it is captured thus:” Our land is blessed, fertile and is supportive of agriculture. My government will actively engage and support agriculture activities especially in mechanized farming of Cassava, Rice, and Palm Oil in line with the Federal Government’s programs and our state’s areas of natural advantage. In addition to the creation of a Commodity Marketing System, we will support our small farmers through organized cooperatives, agricultural extension services and partnerships with foreign donor agencies and development finance institutions. We will actively procure FG funds targeted at the agricultural areas we want to focus on and also encourage large-scale farmers to invest ”.

To give a boost to the oil palm revolution in the state is  the deployment of the latest specie of oil seedling called tenera which was bred by the International Institute of Tropical Agriculture (IITA).Tenera, which is a hybrid variety obtained by crossing Dura and Pisifera,  is a much better variety for industrial and economic purposes.

The bid to revolutionise the agricultural sector in Abia is not restricted to planting oil palm seedlings, other measures to achieve this have manifested in various forms and shapes. One of the programmes designed to drive this vision is the “The Return to Farming and Women in Fish Farming Initiative”. The programme would set up farming cooperatives for youths and women which will help drive key government policy as regards agriculture. The government through the initiative will make land,finance and training accessible for farmers. The vision is to explore the agro-economy as a support base for the state economy.

The administration has also taken steps to restore school farm system in every public school. While this agricultural development programme would ensure that all the old trees planted in the 60s were replanted,some of the Cashew plantations in the State have been leased out to private investors to make room for Government to focus more on the crops that would bring in the estimated huge internally- generated revenue.

Also, the state recently accessed a N1 billion loan from the Central Bank of Nigeria (CBN). The loan, which would be strictly applied for the development of agriculture is going to be purely for genuine farmers and not for political patronage. The loan becomes necessary due to certain factors. The new philosophy is to ensure food security for all citizens, and to engender youth employment in the agricultural sector and the attendant economic empowerment.

Unarguably, land preparation is the most critical and difficult phase of farming, and to engage in large-scale farming, the mechanisation process must be introduced. In relation to this, the state has acquired the necessary heavy equipment to ensure mechanisation of the agricultural process and engender large- scale production of crops.

To ensure that rural farmers have access roads to the urban centres to enable them convey their agricultural produce, the state is embarking on massive grading of rural roads. The State is also collaborating with Obasanjo Farms to establish a model poultry farm that would boast of the best modern technology. In this poultry farm what the farmer needs is to walk into the poultry with his day-old chick. Plans are underway for massive proliferation of cassava, cocoa and oil palm To give a boost to the oil palm revolution in the state is  the deployment of the latest specie of oil seedling called tenera which was bred by the International Institute of Tropical Agriculture (IITA).