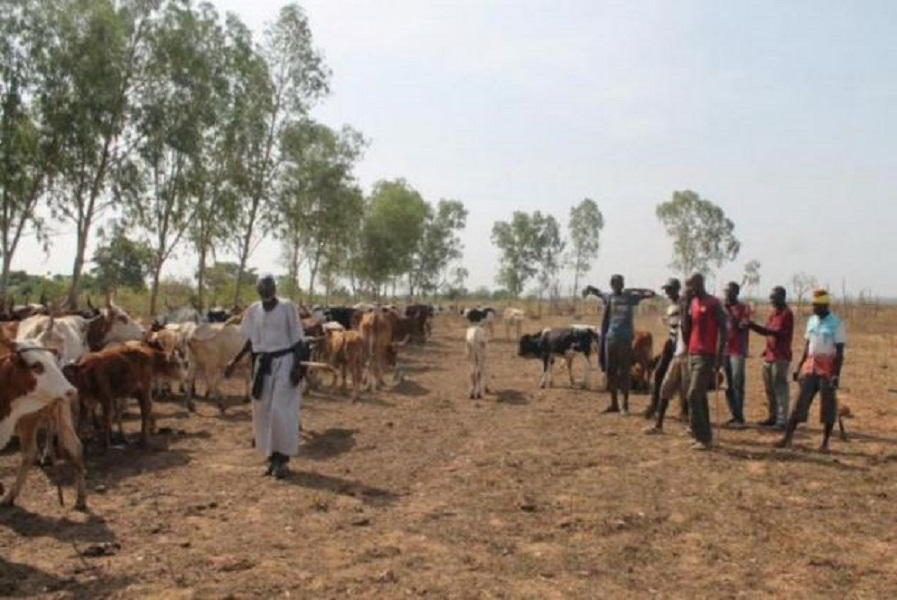 ***Mambillas involved in the mayhem were Muslims

***Fulanis too practically wiped out all Mambillas living in their domains

A high powered source has confirmed that a team sent from the headquarters of Miyetti Allah Cattle Breeders Association of Nigeria (MACBAN) was shocked to find out that political leaders of the Fulani in Taraba lied to them by either distorting facts or by failing to give the big picture and background to the crisis. The Taraba Fulani leaders simply rushed and told them, without any concrete proof, that there was a plan to annihilate Fulani in Taraba state. The lies backfired sensationally, said the source. Speaking exclusively to KR, the source said that a former senator from Nasarawa state and one of the national leaders of Miyetti Allah, who visited Taraba state, left disappointed at the many lies they were told. He had been told that the killings were one sided and faith based. He also had the misinformation that only Fulanis were attacked. To his dismay,  he discovered that many Mambillas perished and no one was talking about them. No Mambilla survived in Fulani stronghold as they were all killed, he discovered. He was also shocked that the Mambillas involved in the disturbances were Muslims. Meaning it was a Muslim on Muslim violence as far as the faith colouration goes. The impression is the crisis had a religious dimension. Another shocker for him was that Mambilla constituted 90% of the Sarduana population with sizeable numbers of Muslims as earlier indicated. 5% kaka and 2% of other groups who are mostly Christians. The Fulani come a distant 3% of the entire population. Mambillas are also cow owners who have close to half of the herds on the Sarduana summit. Other groups also own cows but much of the land is in the hands of the 3% Fulani. And this was the basis of the conflict both now and in the past. The issues has always been about access to limited space both by herders and farmers.

The source said, “When the Miyetti Allah leader got to the airport after his team’s assignment, he couldn’t help but to call the governor on the phone as he boarded the plane. He called Governor Darius Ishaku to thank him for his leadership roles and to plead with him not to relent.  He said he was glad he made it to Taraba because he could have ended up regretting the decision they were planning to take on the matter.  He said he was glad they didn’t take the decision after all because he could have done the most foolish thing in his life.”

The source said the visit was part of the decision taken in Kaduna where top northern leaders were considering the Taraba happenings. He said,  “at the meeting of Northern leaders, the decision was taken that a visit to Taraba had become imminent for on the spot assessment. The meeting took place in Kaduna and many in attendance said they knew Mr.  Darius Ishaku who lived in Kaduna and has many Fulani friends.  They vouch for his impartiality and balance. They said he could not support any kind of blood shed. That was when it was agreed that a delegation from Kaduna should go to Taraba.  Their first shocker was that senator Yusuf A Yusuf, Taraba South,  came up with a funny excuse that he won’t be able to follow the delegation to Taraba. That was when the Miyetti Allah apex leadership started smelling a rat. Yusuf had told them alot. Why was he reluctant to follow them to the fact finding mission? Yusuf now sent former deputy speaker, Ngoroje Babangida to represent him on the trip. At that point, the damage to Yusuf’s integrity was already done. He came talking of bloodshed and genocide. So okay let’s go and find out now, he was vacillating.”

The source said the entire claims by Fulani was blown out of proportion. He said, “first, the killings happened in the hinterlands, far from the urban centers. The delegation found out that in places where fulanis where more, no Mambilla escaped. It was the same case in villages where Mambillas where more.”  The carnage was on almost an equal proportion.

The next discovery was that although the crisis started in Ngoroje, the repercussions were in the villages. The source said, “the initial crises started at Ngoroje when the Wakilin Mambilla was arrested by some Fulani youth who accused him of trespassing on lands. Sadly, the Mambilla thought this was an insurrection on their tribe. Words got out that the Wakili has been kidnapped to be killed. The Mambilla reacted almost immediately and the rest is now history. What pained Governor Ishaku the most is that innocent lives and people who had no connection with the entire saga in any way perished. But he was also pained by the way Gen. Benjamin Ahanato behaved. The first sign that the GOC sent from Jos came in bad faith was that he kept the governor waiting for two hours in the office where the governor called for the meeting of stakeholders. Ahanato came in late later and stirred the hornet’s nest with his Boko Haram’s comments. The governor had asked the press out for more private discussions but Ahanato kept his own media people around who were filming him all the time. The governor too didn’t notice that a camera from the phone was on as he was busy taking notes. When Ahanato started speaking, the governor looked up from his notes and told the General not to cause more damages with his comments. The governor said he was trying to put out flames and this general is adding fuel to the matter. Everyone wondered how Ahanato could claim the Sarduana situation was worse than Boko Haram. What in the world could be worse than BH insurgency? In fact, Ahanato got queried by the Chief of Army for his unguarded utterances. “

The source said further that the Miyetti Allah delegation were also impressed with Governor Ishaku’s handling of the saga. He said, “they told the governor that he has done a good job. The team had gone to the House of Assembly where the Speaker told leader of the team who is also a former senator. Abel said sir, you were a former senator. When a bill gets through all the hearings, is there any way the Speaker can stop it from there? The answer was no. Abel then called on the Majority Leader to reel out the Lau experience with Fulani attacks. The team couldn’t believe their what they were told. Same thing for the mayhem at Ussa and Takum. Members from these places narrated the ordeals of the carnage their constituents went through. That was why the governor now told the visiting minister of interior, Gen. Abdulrahman Danbazzau, that the entire crisis could have stopped at number one if the federal government had properly responded. He said that they were responding to the ninth attack when this whole thing would have ended at number one when the madness started in the south.”

The source said that although relative calm has been restored, it is rumoured that reprisals attacks are being planned. He said, “the state government is extending the stay of soldiers but it is not unaware of the plans to unleash may hem in the coming days. Already the traditional ” gworo” (kolanut) has been purportedly shared among Fulani tribes around the state. It is always the first indication of trouble and preparation for war. But Governor Ishaku is on top of the issue. He has declared he won’t ever leave the state again for Abuja or anywhere until total peace is restored.”