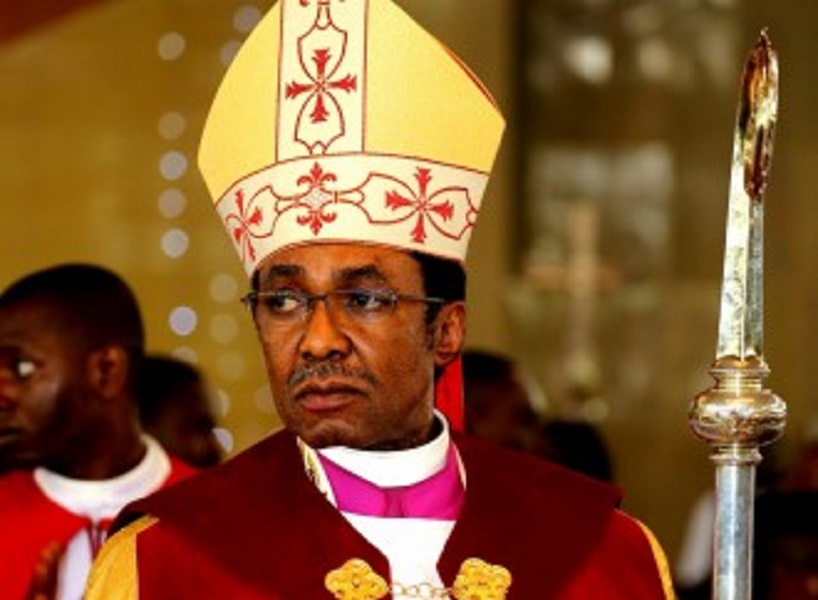 The great and noble IPOB family pleads with our members, supporters and admirers world wide, to ignore the quite provocative rantings of a man who has been known to dance to the tune of pecuniary considerations at all times, over the years. A man who befriends and serves the desires of every Governor since 1999.

We are hereby pleading with all and sundry to not only ignore him, but to fervently pray for his deliverance from chronic pecuniary pursuits.We thought that the way our people resoundedly humiliated him when he went on air to denounce and discourage May 30th sit at home order would have jolted him to mend his ways, but since he has chosen to go the way of Balaam, there’s nothing else anybody can do, but to continue praying for him.

Our Lord Jesus Christ wrote to the seven churches, and only two churches, were found to be spiritually sound. The churches at Smyrna and Philadelphia, the other five churches had derailed. We don’t reprimand erring elders in public, that would be uncharitable. We can only pray earnestly for their deliverance.

We are not bothered by the antics of those who have been paid to denounce our divine journey to the promised land including the compromised so called politically leaders, the so-called umbrella body and leaders in the comfort zone, who have been promised accommodation in the central government,  at their meeting at the villa if only they denounce us.
We hear that they sheepisbhly agreed.

The whole world knows that they shamelessly accepted the deal to disparage us, so they would be rewarded by the villa. They deserve nothing but our pity and prayers, they are like that proverbial fly which followed the coffin into the grave.
Blinded by their greed, they cannot note when to apply the brakes.

They have played the game for too long, that they cannot see that the game is over. When you have consistently betrayed your people for filthy lucre for too long, and gotten away with it, it’s usually difficult to realise that one day””monkey go go market, I no go come back”.

Those who have traded away our future for a pot of porigde will not repent overnight. We must never get tired of praying for them. It’s not in our character to insult them the elders and clergymen, even when their treacherous behaviour turns out despicable and nauseating. We will only pray for them. Please pray without ceasing for this lost elders, don’t stop praying for them. We plead.