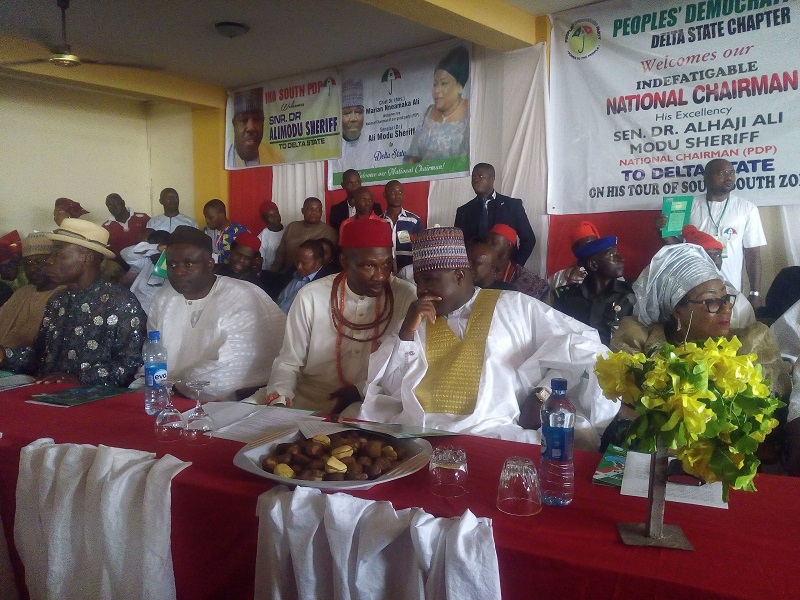 The National Chairman of the PDP, Sen. Ali Modu Sheriff, has challenged the party’s ex-ministers to declare their sources of wealth.

Sheriff, a former governor of Borno State, claimed that the ex-ministers ‎had so much money that they wanted to buy over the party.

The former ministers had met on Monday and threw their weight ‎behind the Senator Ahmed Makarfi-led National Caretaker Committee.

They also accused the APC-led government of polarising Nigeria.

Speaking with newsmen yesterday in Abuja, Sheriff, who spoke through his deputy, Dr Cairo Ojougboh, said the Makarfi-led caretaker committee was not recognised by the PDP constitution, saying it was a contraption put in place to destroy the party and Nigeria.

“This group of persons (ministers) have a lot of money, money from sources that cannot be explained and their opinion is that they can buy the party. But Sheriff has said no, that the party is not for sale and so they know who to support and they know the people they can buy.‎

“The party is for the masses and the governors have said that whatever comes out of the Supreme Court, that is how the party would be,” he said.

He accused the former ministers of perpetrating impunity in the party.