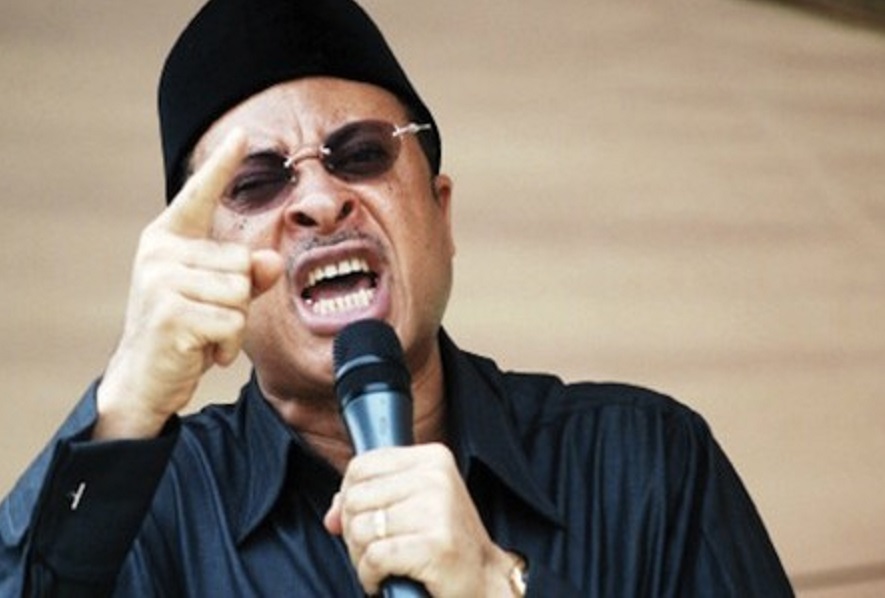 A renowned Economist, Prof. Patrick Utomi, has said that the future of Delta State has been mortgaged by excessive borrowing by successive government, noting that if care is not taken, unborn children may be held as ransom for the huge debt profile.

Utomi during an interactive meeting with leaders and members of All Progressive Congress, APC, in Agbarah-Otor, Ughelli North, Delta State frownef at the situation where successive administration borrow money for development  and then divert such funds to acquire properties abroad.

While charging APC members and leaders in the state to be united in order to change the retrogressive PDP administration in the state that has squandered opportunities for development, he noted that unless that is achieve, the future of next generation will be bleak.

According to Utomi, “until we have leaders who can think on how to harness the energy of our young people to create wealth outside the oil windfall, our nation will make no headway, because soon the oil economy will be over.

Sadly, Delta state will be most hit, because the state have been mortgaged through excessive borrowing and we may not be able to come out of the debt trap, and our children may be used as ransom if we sit-down and do nothing.

The time has come for Deltans to xray people vying for office and shun deceitful politicians, but rather should look out for people with character who are ready to sacrifice for the common good.

APC leaders which include Dr. Christopher Ominimini, Chief Felix Ekure, the APC Ughelli North LGA Chairman and others commended Utomi for his efforts to unite the party, assuring him of their support to ensure that party takes over government come 2019.

Earlier, at a lecture he delivered at the 2017 Law Week organised by the Nigerian Bar Association, Warri branch, Prof. Utomi said that the current agitation for restructuring of the country was as a result of impunity and weak government institutions.

Speaking on the topic; “Law as Catalyst for Economic Recovery,” he called on the Federal Government to strengthen its institutions to improve economic growth.

He noted that when all the organs of government worked efficiently, the economy would grow and everyone would feel the impact.

The economist urged the government to place more emphasis on the teaching entrepreneurial skills in the Nigerian universities instead of theoretical knowledge.

Utomi challenged lawyers to emulate the virtues of late legal icon Gani Fawehinmi by entrenching the rule of law which by implication will bring development to Nigeria.