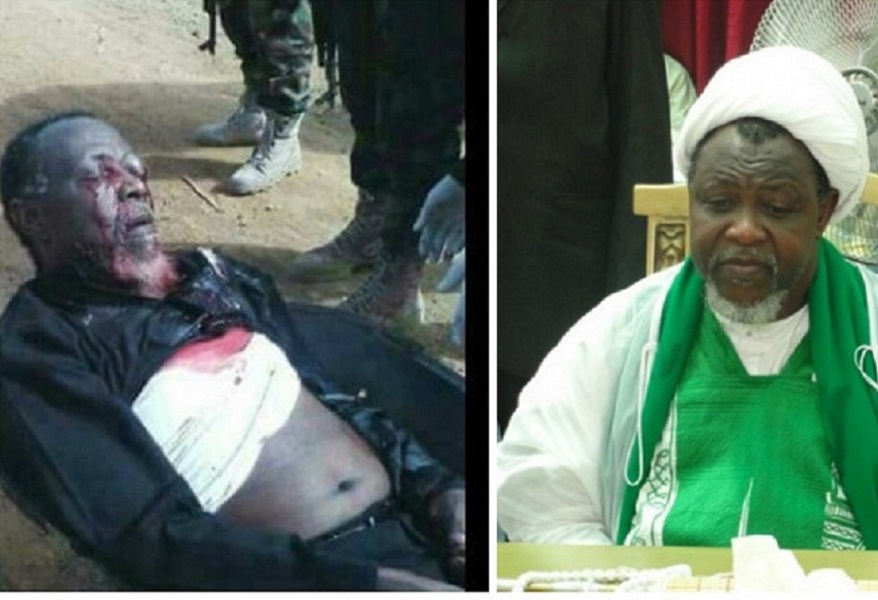 Two soldiers, Brig, Gen. AK Ibrahim and Lt. Col. Ali appearing as witnesses before Justice David Nyoms of the Kaduna High Court have contradicted themselves before the court as earlier statements they made before the Judicial Commission of Inquiry (JCI) set up by the Kaduna State government and another commission set up by the Nigerian Army to investigate the Zaria pogrom differ.

Gen. Ibrahim had earlier told the commissions investigating the pogrom that no weapons were found in the said cordon and search operations he led during the pogrom but he told the court that the members of the Islamic Movement in Nigeria (IMN) shot at his men with locally made weapons as they approached the residence of Sheikh Ibraheem Zakzaky at Gyallesu Zaria.

He also told the court that Sheikh Zakzaky and his wife Zeenat Ibrahim were injured in the operation but he was not aware if they were shot. Counsel to the IMN Barr. Festus Okoye in a cross examination asked how in his position as a general in the army could not tell how bullet wounds looked like.

The army General also contradicted himself on the time of his arrival at Zaria on the 12th of December 2015 where he told the Counsel representing the government Barr. Bayero Dari that he arrived Zaria at 05:30 pm and while responding to questions from the IMN Counsel he said and insisted that he arrived Zaria by 06:00 pm.

It took the Judge’s record which he read out to the court to prove the contradiction as the arrival time recorded was 5:30pm.

He also told the court that one of his men Corporal Dan Kaduna was killed by the IMN members while they shot at them in Gyallesu where he led the cordon and search operation at Sheikh Zakzaky’s residence.

In his own testament before the JCI, Lt. Col. Ali omitted saying that the Army lost any soldier during the development in Zaria, but when in the witness box, told the court that a soldier allegedly died from attacks from Shiite mob.

Barrister Okoye while cross examining him, also pointed out differences in dates when the Army handed over weapons allegedly recovered from Shiites between December 12 and 14, 2015 in Zaria.

Lieutenant Colonel Ali had during his testimony, informed that weapons recovered were handed over to Police investigators on December 13, 2015, contrary to an earlier submission that the weapons were handed over on February 9, 2016.

Lt. Col. Ali however, stated that he would not be surprised that weapons handed over on the later date were different from the ones he was referring to.

Speaking to newsmen outside the court, Kaduna DPP, Dari, said that he was happy with the way the case was progressing.

“Today was a good day in court for the prosecution. The Army witnesses came to testify and the case has taken new shape,” he said.

When asked to comment on the contradiction recorded from witnesses that appeared, he said that contradictions were classified into material and non-material, describing what occurred as falling into the latter classification.

“They will look at the material evidences when the time comes,” he added.

Also responding to questions from newsmen, Barrister Okoye said that the prosecution team is still yet to make a case.

“As far as we are concerned, the accused remain innocent until proven guilty. The prosecution has failed to make a case against the accused. It’s the judge that has the final say,” he added.

Barrister Okoye was accompanied to the court by Barrister Maxwell Kyon and three other learned colleagues.

Meanwhile, the judge reminded the state Counsel that they have about 26 witnesses more to present to the court while the case was adjourned to August 8th and 9th, when some of the witnesses are expected to testify.