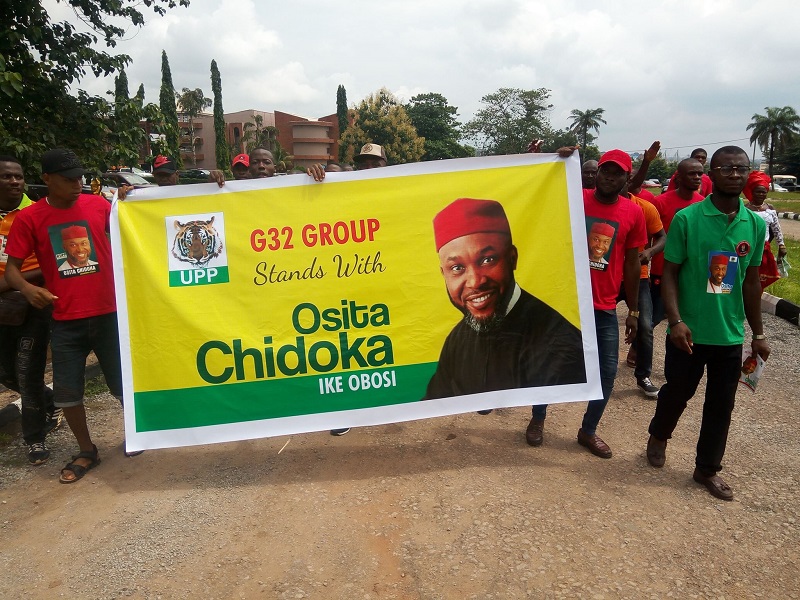 Former Aviation Minister and lead contender in the November 18, 2017 Anambra governorship election, Chief Osita Chidoka has mapped out rapid infrastructural and policy interventions to boost manufacturing activities in Nnewi, as part of his plans to reposition the town as the industrial nerve center of the nation.

Speaking while commissioning his campaign offices in Nnewi on Thursday, Chief Chidoka, whose public acceptance and popularity have continued to soar in the state due to his people-oriented and issue-based stance, disclosed that he has already perfected plans and processes to stimulate a 24 hours production economy in the area.

He said there is no how the industries in Nnewi can meet their desired targets with the current level of government neglect, dearth of critical infrastructure in the area and required security to support a 24-hour shift production. This he observed has resulted in heavy financial burden on investors and retarded production, adding that the time has come for strategic intervention.

Stating that the current system does not have the capacity and creativity to address the issues, the former Corps Marshal of the Federal Road Safety Commission (FRSC), known for his knack for providing innovative solutions to difficult problems, said his government would enact policies to shift market emphasis to locally manufactured goods thereby making local production attractive, cost effective and profitable.

He said a boost in the production capacity of factories in Nnewi will create more employment for Anambra youth, enhance ancillary businesses, and lift the economy of the people of the state.

“There is no how the industries in Nnewi will perform optimally without necessary government support through the provisions of required infrastructure and facilities. We cannot abandon them and expect them to thrive. Government must strategically step in on issues of pro-local production policies, power, access roads, waste disposal, manpower development, funding windows, market openings as well as adequate security that will enable them run a 24 hour shift production.

“A situation where factories shut down after dark for lack of adequate security does not encourage industrial growth. We must link security to economic output. The Toyota factory in Japan does not shut down once it is dark; they work for 24 hours. When our factories run for 24 hours, they will have the capacity to employ more people, their production capacity will increase; that would mean more opportunity for ancillary businesses and more money for our people.

“Government must therefore stop paying lip service to manufacturers in Nnewi. We must partner with them to make Nnewi the industrial nerve center of the nation”, he said.

Also commissioning his campaign office in Ukpor, Nnewi South Local Government, Chief Chidoka lamented that the area has suffered neglect and failed promises by government but assured that since his government would be community based, that would no longer be the case. He assured Ukpor of adequate representation in his government to ensure that projects with direct bearing on the welfare of the people would be urgently addressed.