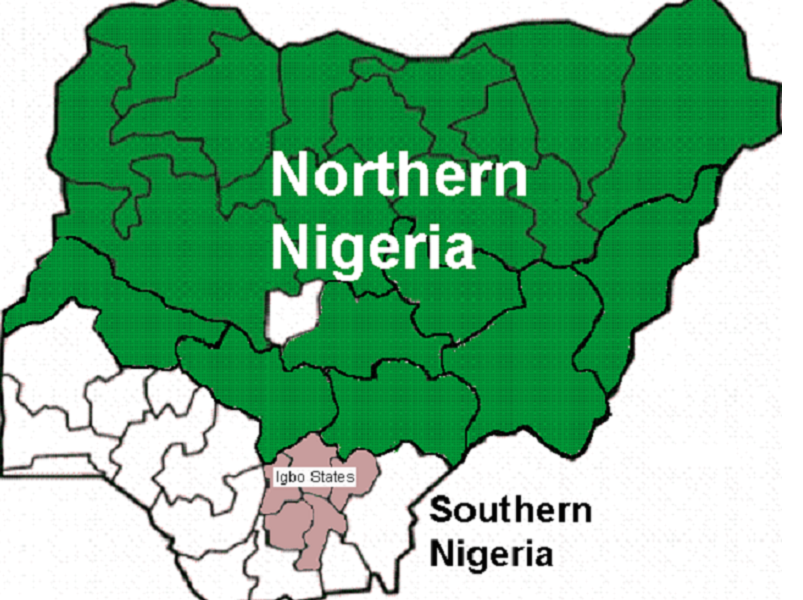 What does democracy teach and promise us? The underlying principle of democracy is that it is a system of governance by the people and for the people. While democracy is far from perfect or even fair in many instances, it translates to a system of leadership where the desires and agitations of the majority should matter.

There is an agitation for secession in the south east and parts of the south south. It is impossible to pretend we do not know this. We all saw tens of thousands of Nigerians protesting for the release of Nnamdi Kanu, the lead vocal pro-Biafra republic agitator in spite of his insults and direct threats to Nigerian citizens and Nigeria as a whole. The support for his agenda is not only within Nigeria but can be measured from his large followership who pay “tithes” to his movement religiously across the continents.

While many who abided by the sit-at-home may not be supporters of the cause but people in fear of attack if they dared to go out and as such may not  be a valuable averment to measure the fervor for secession, there are other undeniable measurable indices of a true call.

Again unlike calls for Odudua and other secessionist ends, there are dozens of “Biafra” christened websites and projects online that cannot be ignored.

Asserting that there is a sizable agitation for the promises Nnamdi Kanu and other lead agitators makes– restoration of the secessionist Biafra republic – the only thing left democratically is to measure its true volume.

A cursory perusal of comments and statements of those under the “Biafra” region’s umbrella online gives a sizable number in support even in mainstream media. Apart from, from politicians, it is hard to come across the pronouncement “we do not want Biafra.” I just searched.

However we may be quite wrong. There may be more people who do not want Biafra within the covered states and beyond, whose voices we do not hear and who do not have a media impact.

Based on the above, regardless of whether Biafra will be granted, it is a democratic prerogative to explore the true desire for its secession. I keep saying and advising Nigeria’s leaders that we cannot continue to keep our heads in the sand while our members contribute negatively to the progress of the nation and dedicate their entire time to fighting what they regard as our injustice towards them not even hearing their case. Their feeling is akin to going to a court and being told that the judge is simply not interested in hearing your case.

In view of the above, we must find out what proportion of members of the “Biafra” region want to secede and and in what areas of it they are in majority. This is the first and a most urgent step towards putting the nation on the right direction.

In my opinion, 51% majority or even a 60% majority means more of discontent than an actionable majority. This is my opinion. Something can be worked out in that case to allay agitations. However 80% and above will indicate an inexorable urgency to act and act now. Again, this is my opinion. I just don’t believe in the 50-50 math for a process as serious and complex as splintering of a nation.

Now, to the headline. For all we know, 99% of those under the “Biafra” region’s banner want to secede. Even those with investments in the north may want and vote for the process given that the leadership promises them to compensate them for their investments from the proceeds of the resources of the independent state. We have no way of knowing if a whopping 99% desire Biafra because Nigeria’s leadership has been too immeshed in the power, wealth and opportunity of ruling the nation, that they have never conducted a referendum.

Can we deny that if 90% desire Biafra and call for it, IPOB is right and MASSOB is also right for propagating the true desires of their majority? Can we also deny that if such a large majority will choose their own state over Nigeria, that the Coalition of Northern Groups is right to advise the Nigerian state to grant them their desire and begin the process of relocating them? The Coalition of Northern Groups in such a case, reading the disgruntlement of the majority will be correct in soliciting not for their dismissal but for their restoration to aide its youth peers and friends in the South east get their heart’s desire.

From an academic and democratic point of view, while we may fault their crudeness, tendency for provocation and instigation, we cannot fault the larger thematic argument of all these Nigeria’s youths. Again this goes into the same story and song of Nigeria where the old goons think they know it all and the youth have no ideas and input into the decisions that guide their existence. Indeed the questions of restoration of regionalism and restructuring should be asked of all Nigerians. These are things added to regular electoral polls in the so-called developed world.

Sending the police to arrest them and the army to mow them down and bury them secretly will not address the core issues or help us get to the promised land. It is time to give audience to the calls from the north and south of the Niger.

It takes long to build, but a short time to tear down. Look at Borno, Libya, Syria. We must build only on a sure foundation, else we are wasting our time.

It is time to ask the people what they want and to measure who wants it, where they are and why they want it.