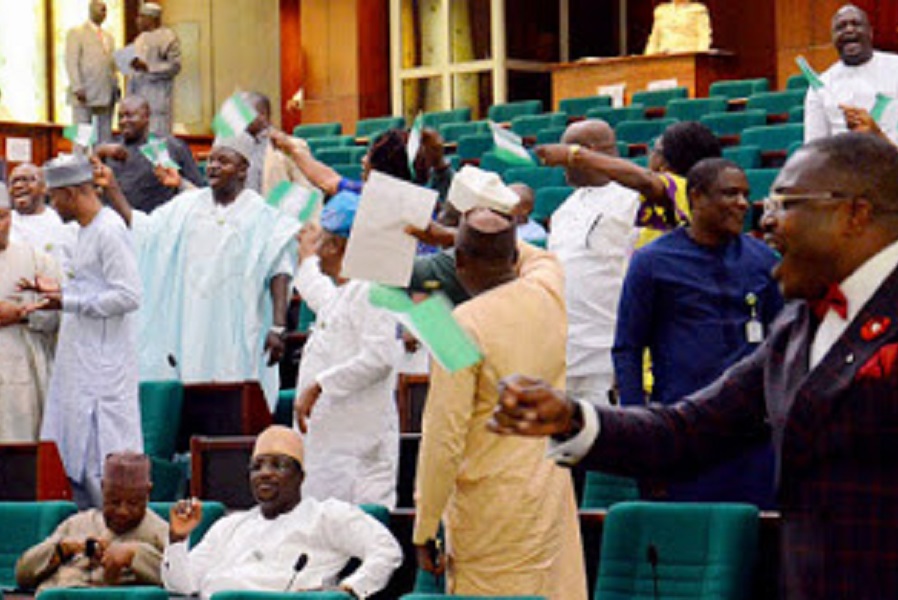 According to the ranking member who spoke to 247ureports.com, the Speaker of the House aired on the wrong said when the Bill was presented to the floor of the House and a vote was called for. “South East Caucus was convinced that the “Ayes” carried the day, but the Speaker curiously ruled otherwise“.

Concerns were raised as to why the Speaker and his co-travelers would be so determined to halt the Bill from reaching the level. The ranking member “wondered why it should be so since the bill is not demanding extra funding from the Federal Government for the South East, but just a legal platform to harness resources for rebuilding South East, which the Federal Government failed to do despite declaring the three Rs after the war“.

“This profession has ethics, was it the ‘nays’ or ‘ayes’ that had it, which one? Not to prolong it, the truth is that I am a member of the house of representatives and my colleagues are also members and it is natural that everybody will for like something to go to his place and I share in what ever thing they struggling to have because every body wants to have something.

“But the issue is that the national assembly, the house of representatives is guided by some rules and regulations, you have to follow certain procedures and if a ruling has been made, there is nothing I can say here now that will reverse what has taken place in plenary. I will only plead that our colleagues should calm down.

“We will be talking ourselves because we need them and they need us and we will see what happens as we reconvene, I appreciate that they voiced out their anger and democrats we have to take it and we move on from there”.