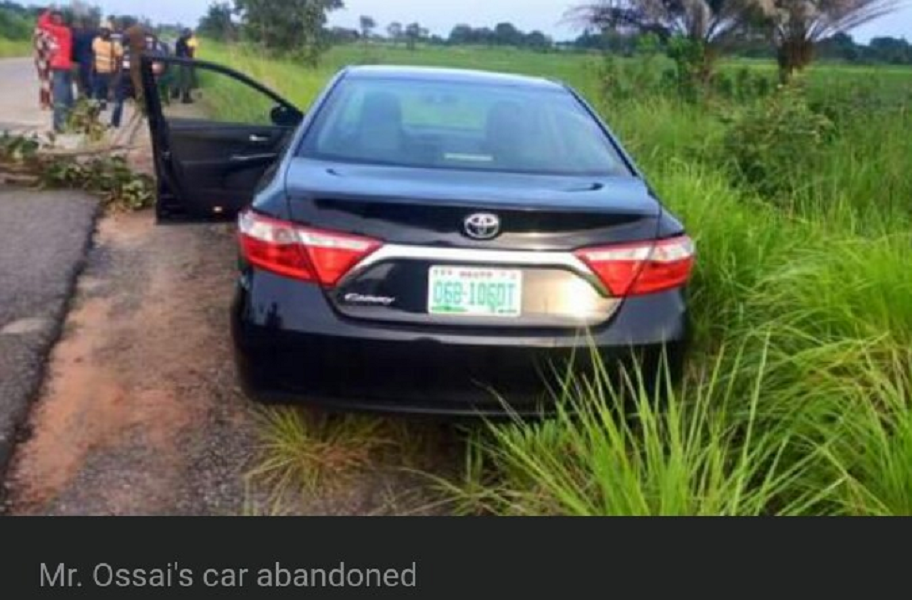 Despite the life jail term kidnappers stands to risk if convicted, the activities of men of the underworld has continue to increase as the day passes by, causing pandemonium in Delta State.

The State House of Assembly had recently enacted a law slamming life imprisonment on any person convicted of kidnapping in the state, consequent upon the request by the state governor, Senator (Dr) Ifeanyi Okowa, that the death penalty initially prescribed for such offence be amended to conform with the universal declaration for the fundamental human rights.

This followed the amendment of the Delta State Anti-Kidnapping Law 2016.

Governor Okowa in a letter to the House appealed for reconsideration of Section 4, Sub-Section 1 of the Delta State Anti-Kidnapping Law, 2016 as passed by the House, which made provision for death penalty.

On Saturday, the boys struck by abducting the Registrar of the State Polytechnic, Ogwashi-Uku, Mr. Collins Ossai Onyenwenu,who was abducted by yet unidentified persons.

Mr. Ossai, our correspondent learned, was seized by the gunmen at about 3.30pm on Saturday while travelling in his official car along Ugiliamai/Onitcha-Ukwu Road in Ndokwa East Local Government Area of the state while his abductors abandoned the car on the road.

A senior lecturer at the Polytechnic, who spoke on the condition of anonymity, said the registrar was driving when he was ambushed and forcibly taken away to an unknown destination.

The kidnappers, added the lecturer, are yet to contact the school authorities or Mr. Ossai’s family.

The lecturer lamented the rampancy of kidnapping in the State, saying the state government and the Police appear to have no clue regarding what to do.

“There is no day you don’t hear the kidnap of one or two people in the state. Life and properties are no longer protected by the government in Delta. Yet, government officials collect millions of naira as security votes. The administration of Mr. Ifeanyi Okowa, governor of Delta State, is doing nothing,” the lecturer wailed.

The Police Public Relations Officer (PPRO), DSP Andrew Aniamaka told our correspondent on phone that an arrest has been made and efforts are on top gear to rescue the Registrar unhurt, disclosing that his car has been recovered.

As at the time of filing in this report, details of the kidnap remained sketchy. Sources at the Polytechnic, however, told our correspondent that Mr. Ossai’s abduction may have been masterminded by people from whom he allegedly collected huge sums of money for employment in the institution but were later disengaged by the Okowa administration.