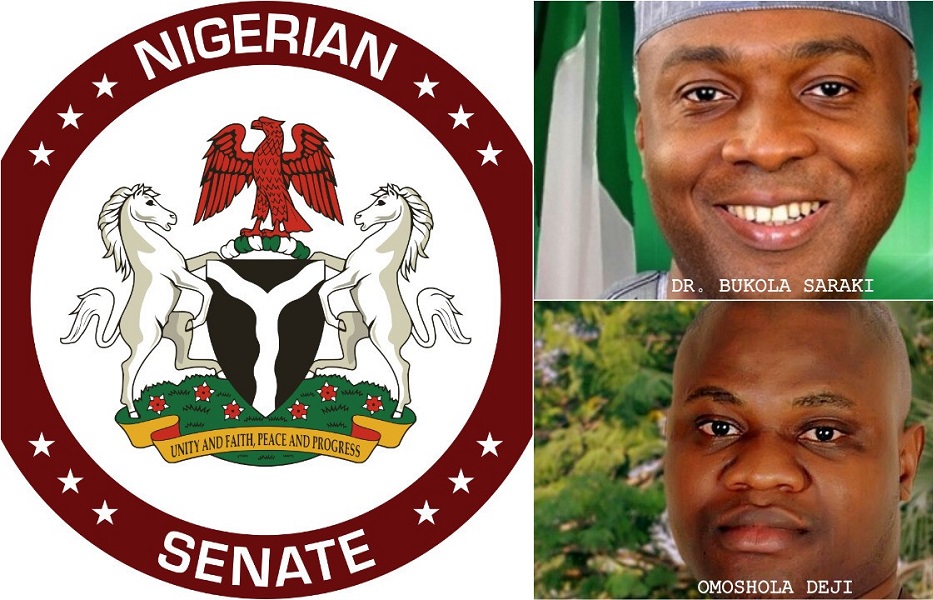 The Nigerian legislative arm of government, comprising the Senate and the House of Representatives, is rarely in the good books of the public. No congregation of legislators in Nigeria has arguably suffered public condemnation like the 8th Senate. Some learned figures and media commentators at a point moved beyond reproach to demand the scrap of the Senate. They question the significance of debated bills, the running costs of bicameralism, the motives behind oversight functions and brand legislative summons as vendetta. Right on time, this trending doubt on the necessity and the credibility of the Senate amplifies the need for an assessment of its accomplishments and shortcomings.

The Nigerian Senate is largely a gathering of prominent, but inefficient persons. Majority of the legislators are ex-occupiers of vital public positions, but virtually none of them has a distinct record of public service. The Senate seems to be the most preferred retiring ground for power-addicted ex-governors, ex-military officers, ex-party chairmen, political juggernauts, industrialists and the stupendously wealthy. Aside that these bigwigs have done almost nothing to better the lot of the have-nots in their communities, not to mention constituency, most of them are enmeshed in controversies, scandals and allegations of monumental corruption.

The Senate President is standing trial for false asset declaration at the Code of Conduct Tribunal. Change is indeed here! A foremost figure of the ruling party and chief lawmaker is facing the law. Apparently, Saraki’s ordeal is twisted in twists. Only a member of the ruling inner caucus can affirm whether Saraki prosecution is genuinely based on alleged infractions or he is being persecuted for orchestrating a political coup against his party to emerge Senate President. Either ways, Saraki’s integrity to hold public office has been badly tainted; he is broadly considered a symbol of corruption.

Undeterred, Saraki has resolutely fought to remain the Senate president. The unalloyed support of a substantial number of the senators remains his shield and armor. The pro-Saraki senators have ruthlessly relegated their anti-Saraki counterparts to benchwarmer. Since the presidency is unwilling to smokescreen corrupt conducts, the pro-Saraki senators have played a no-friend no-foe game in the discharge of their oversight duties. They swiftly draw attention to the flaws of the Presidency and publicize investigation findings.

One of such findings that remains a key accomplishment of the Senate is that of her committee on the Mounting Humanitarian Crisis in the North East. The Shehu Sani led committee unraveled the alleged corrupt practices of Babachir Lawal, the suspended Secretary to the Government of the Federation (SGF). Babachir was indicted of awarding N233million invasive-plant-species (grass) clearing contract to firms he has strong stakes in. Presenting a temporary report at plenary, Shehu Sani throw up mindboggling evidences that Babachir received kickbacks of over N200 million into the account of Rholavision Nigeria Limited – a firm he co-founded and remains an account signatory. Upon concluding the investigation, Sani lamented during plenary that Babachir actually misappropriated over N500 million. Impenitently, Babachir’s arrogance and pronouncement that the senators are “talking balderdash” triggered the Senate’s determination that justice must take its course. Their persistence largely led to the suspension and ongoing investigation of Babachir.

Anyone proclaiming there’s nothing good about the Senate is merely tendering a malicious criticism. The 8th Senate just passed the first out of the three-part Petroleum Industry Bill. The Senate is worth commending for passing a 17year old bill that outlived the 5th, 6th and 7th Senate. Aside that, the Senate has shown commitment towards ensuring transparency and equality in the operations of government agencies. The Senate has mandated its committee to investigate the lopsided DSS recruitment that mainly favored some northern states. Instead of the allocated five slot per state, 51 persons were recruited from Katsina, the home state of President Buhari and the DSS Director-General, Lawal Daura.

It could also be recalled that the Senate compelled the Customs Comptroller General, Hameed Ali, to stay action on the plan to collect import duties from vehicle users across the country. Worth commending, you and I would have been paying for customs inefficiency, if the Senate didn’t condemn Ali’s obnoxious policy. Nonetheless, customs officers are using the policy to extort the public without authorization. The Senate is also challenging the electricity distribution companies over high electricity tariffs and inefficient service delivery. Efforts are being made to ensure metering determines actual consumption. When this is fully effected, the astronomical monthly billing termed ‘cost reflective tariff’ would be abolished.

On financial issues, it would be flattery to label the senators prudent, but their rejection of Buhari’s request to borrow $29.960 billion abroad is worthy of applaud. Although the loan is supposedly meant to finance the provision of key infrastructures across the country, it is ludicrous to borrow for infrastructures that cannot generate enough funds to repay the debt. Besides, Buhari’s health challenges would have paved way for his aides to squander and embezzle a significant portion of the loan. If not for the resistance of the Senate, our unborn generation would have been plunged into slavery. The burden of the soft-looking, but hard to fulfill loan conditions would force them to follow the dependency economic dictates of the western nations. Not again! Nigeria is yet to recover from the afflictions of Ibrahim Babangida’s Structural Adjustment Program (SAP).

Startlingly, the senators shielding Nigeria from the bondage of foreign loans are enchaining Nigerians with their insatiable greed and unscrupulousness. They earn humongous salary and allowances to deprive the masses comfort. Their prodigal pay is nearly 200 times the nation’s GDP per capita and 10,000 times the minimum wage. While many Nigerians sleep hungry, the legislatures allotted themselves a whopping N13 billion for refreshment, travels and welfare in the 2017 budget. Still not contended, they corruptly enrich themselves via constituency project allocations and budget padding. Sadly, the amenities in their constituencies are either dilapidated, unmanaged or non-existing. In a time of recession when the price of commodities has doubled, the Senate’s budget increased while the minimum wage remains unchanged.

Resigning to fate cannot bring us change! If relentless protest can force the legislators to publish their hidden budget, then we all must remonstrate till the senator’s lack of conscience seize to fuel our inconvenience. Despite been sufficiently remunerated, most of the senators don’t attend sittings regularly. Many just attend as observers – nothing to contribute. In fact, the contributions of the vocal lawmakers are often below what is expected of a senator. Unfortunately, the below-average intelligence quotient of most of the senators affects the thinking of the chamber and the quality of motions presented.

Be that as it may, the Senate has protected democracy by condemning coup intents and embracing electoral reforms. The lawmakers ensured no state is denied representation by compelling the Independent National Electoral Commission (INEC) to conclude the legislative elections in Rivers state. A day after the senators threatened to suspend sittings till every state is properly represented, INEC swiftly scheduled dates for the conclusion of virtually all non-concluded elections. While the senators must be commended for entrenching democracy, they have ceased to walk the talk.

The same cabal of senators that condemned Rivers de-representation are currently denying Borno South representation via the suspension of Ali Ndume – an estranged ally of Saraki. Ndume bagged a six month suspension for bringing unproved allegations of certificate forgery against Dino Melaye and the avenging of seized bulletproof Range Rover against Saraki. Despite pleas from the Borno state governor, elders and traditional rulers, the Senate has refused to lift Ndume’s suspension. Evidently, the suspension of Ndume is to wholly dissipate the mutinous moves of the anti-Saraki senators.

The Saraki cabal has also proven to be proficient in facilitating the rejection of any bill or nomination they interpret as a threat to their interest. This made many predict the rejection of Ibrahim Magu as the chairman of the Economic and Financial Crimes Commission (EFCC). Magu’s rejection is a tale of many tails. President Muhammadu Buhari (PMB) crushed Magu by allowing him act for too long. Unfortunately, the DSS – an agency under PMB – helped the Senate nail Magu by submitting and resubmitting damning reports against him. To be candid, the Senate would have ridiculed itself if Magu was confirmed the EFCC chairman with such an indicting report.

Even if the DSS had cleared Magu, the rejection or confirmation of nominations is absolutely the discretion of the Senate. No law says anyone presented to the Senate must be confirmed. Nevertheless, it was quite obvious that the senators used their constitutional power to avert the imminent imprisonment of their corrupt colleagues. In truth, most individuals castigating the senators wouldn’t have scored a ruinous own-goal in such circumstance.

Nigerians insistence on Magu shows our level of retrograde. In a nation of over 150million population, it is depressing to see people fuming as if all that is needed to end corruption is Magu. In an ideal world, a hundred of better Magu should be readily available to replace a rejected Magu. Sadly, Nigeria has been – and still prefers to be – building strong individuals rather than building strong institutions.

The Senate is as guilty as the Presidency. Deliberations on the passage of the 2017 budget ceased upon Senator Dajuma Goje’s outburst that police raid his home and confiscated budget documents. In a show of legislative infamy, the Senate backed Goje by insisting that budget scrutiny can’t proceed until the police release his belongings. What a strategic way of blackmailing the police! Are other members of the Appropriation Committee not having copies of the documents in Goje’s possession? Could the institutional arrangements in the Senate be so weak that Goje-is-budget and budget-is-Goje? Apparently, shielding Goje from criminal investigation appears more important to Saraki than national welfare.

Dilemma is when the undesirable becomes the unavoidable. The executive and the ruling party are ostensibly not comfortable with Saraki, but the Senate he leads is pivotal to the success of this administration. The presidency and the legislature must work together on policies that can move Nigeria forward. Any am-not-wanted feeling will further make Saraki a friendly serpent. In plain sight, the commendable efforts of the Senate has been largely misinterpreted or unappreciated due to a public perception that the legislators are not progressives.

Nevertheless, the senators are always anti-people whenever their interest collides with public interest. Saraki is helpless in this regard. He must align with the majority, else he would be uprooted. It is obvious Saraki cannot afford to lose. He would rather associate with any available protective force than face mutiny or conviction at the Code of Conduct Tribunal. If he loses in court, unlike Obasanjo, his own episode would be from power to prison.

*Omoshola Deji is a political and public affairs analyst. He wrote in via moshdeji@yahoo.com