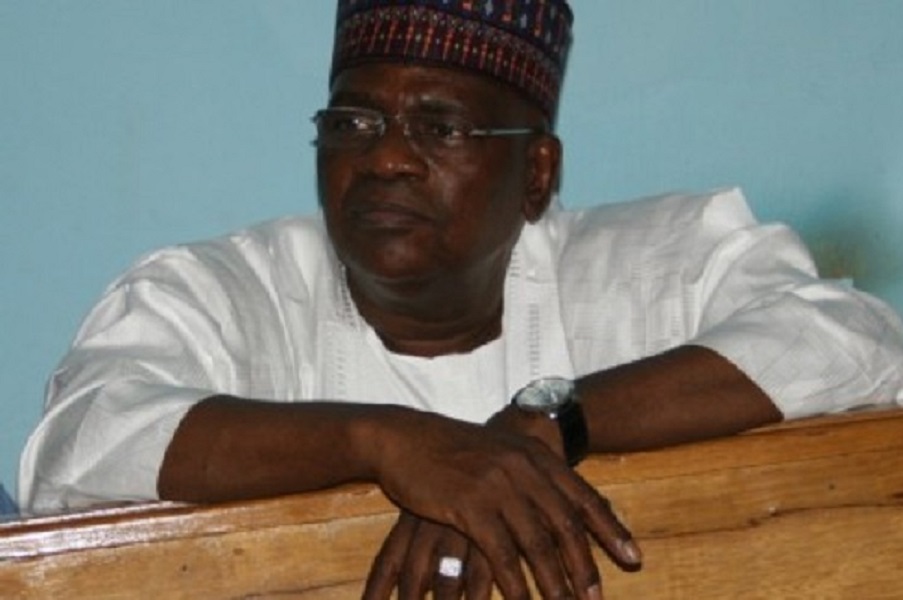 Shortly after the raid on his house by men of the Nigeria Police the chairman of the Senate Committee on Appropriation, Senator Danjuma Goje (APC, Gombe), informed his colleagues that a critical component of this year’s budget was among the documents removed from his house. Media reports on the announcement spoke of a possible delay in passing the budget by the red chamber, while some reports insinuated that the budget was missing.

The alarm forced the Force Public Relations Officer (FPRO), Mr. Moshood Jimoh, to deny that papers concerning the budget were among the documents removed from the house. He said the items found included currencies and what he described as “a file containing write-ups on how Governor Shekarau plotted the assassination of Sheikh Jafaru.” The police spokesman underscored the importance of the find, saying it “must be investigated properly.” The documents, he added, would be tendered in court as evidence.

Malam Ibrahim Shekarau was Kano state governor at the time Sheikh Ja’afar Mahmud Adam – a very popular Kano-based Islamic scholar and Imam – was killed on April 13, 2007 by unknown gunmen while leading the early morning prayers at Dorayi Juma’at Mosque. The murder took place a day to the governorship election in which he was vying for a second term.

Considering the long time it has taken the police to unravel the heinous crime many people, especially in Kano, were taken aback by the comment on Ja’afar’s killing. Linking it with the former governor made it all the more shocking and the news spread like bush fire in the state. Since 2007 sympathizers and students of the Sheikh had waited in vain to hear the outcome of police investigation on the matter but heard nothing until the comment by the FPRO. What was surprising however was that the crucial evidence was found – of all places – at Senator Goje’s home, plus the police saying it afforded them the opportunity to conduct “proper investigation.” The discovery in Goje’s house however raised many questions: What interest does Goje have in the case? Is he a security operative working on the case? Who are the authors of the said write-ups? Are they opinion pieces or propaganda materials, the type used to spread falsehood against a political opponent?

However, in an interview with VOA (Hausa) on the issue Senotor Goje disclosed that the budget papers had been returned to him through the Senior Special Assistant to the President on National Assembly (Senate), Senator Ita Enang. He also swore by Allah that he had no document on the killing of Sheikh Ja’afar in his house, adding that linking him with the murder was the work of his adversaries. If he is to be believed, then the only conclusion one could draw is that the police planted the said file in his house. But why and for what reason would they do that?

It may be recalled that in accordance with our dirty politics, there were several attempts to damage Governor Shekarau’s reputation even before he became the presidential candidate of the defunct ANPP in 2011. Vile comments on radio, offensive pamphlets and write-ups were widely distributed with the aim of scuttling his attempt to win the election. Handbills were distributed in mosques and propaganda articles published by some online media linking him with Sheikh Ja’afar’s murder.

I suppose the police found copies of these pieces and reckoned they have stumbled on a credible lead to finding the murderers. If this were so, then I suspect that the police have inadvertently waded into the murky waters of politics when they should be impartial brokers of peace. To ward off such suspicion, therefore, the police have to clear the air without further delay. They should explain whether or not the write-ups were incriminating to the former governor to warrant the disclosure in public. Dousing the tension that the announcement has roused in the polity right now cannot be over-stressed, because the matter pertains to a high profile murder. Furthermore, it is linked to a one-time governor, minister and presidential candidate of a defunct leading opposition party.

Without doubt, Sheikh Ja’afar’s martyrdom had shaken Muslims across the country. However, it had more impact in Kano than any other place because he made his name here and is still held in very high esteem. For good ten years the murderers remained undiscovered due to what the people regard as failure by the police to unravel the mystery. However, given the frosty relationship and disagreement later discovered to have existed between Sheikh Ja’afar and leaders of “Jama’at Ahl as-Sunnah lid-Da’wah wal-Jihad,” also known as Boko Haram, many people came to the conclusion that they were the killers of the Sheikh.

More especially when the insurgents on several occasions claimed to have ordered the killing of some Sheikhs, including Sheikh Muhammad Auwal Albanin Zaria. Actually, the killers of Sheikh Ja’afar seen at the mosque on the fateful day were described as “hooded men in black.” They were suspected to be the same with a group earlier described as “Arab-speaking non-Nigerians” that had attacked FRSC headquarters and two police stations at Sharada and Panshekara, where they killed several officers and stole a vehicle, uniforms and guns. These people are generally believed to be those who later became known as Boko Haram.

However, while speaking on the issue the FPRO gave the impression that the murder file was a big lead that must be pursued. But his comment caused consternation among the former governor’s political associates and teeming supporters. It was traumatic for the former governor as well, merely on account of someone faltering in doing his job.  In fact, there has been high tension in Kano since the comment was made. This is because it has become a hot subject in the social media and political opponents were busy spreading the rumor that “the police have confirmed that Shekarau killed Sheikh Ja’afar.”

In point of fact, it got to the extent that an impostor recorded a speech claiming to be Sheikh Dr. Muhammad Sani Umar Rijiyar-Lemo, in which he called on Muslims to take punitive drastic action on four people including Shekarau whom he said masterminded killing of the Sheikh. The speech has since gone viral. Thankfully, almost immediately Sheikh Rijiyar-Lemo issued another recording affirming that it was not his voice. If you listen to the impostor you would be piqued but pity people like him who for a pittance could be used to commit “Qathaf,” or perjury in the public court.

However, before finishing this piece I came across a PREMIUM TIMES report in which a source in Goje’s house confirmed that the said file contained an article published by Sahara Reporters on April 12, 2009 titled “Revealed: How Gov. Shekarau Plotted the Assassination of Sheikh Ja’afar.” The piece was speculative and labeled as ‘Citizen Report.’ At the end of it the online medium stated clearly that such reports “are not directly investigated, verified or vetted by Saharareporters.” From the foregoing, therefore, it is obvious that this is a classic case of slander by the police. Clearly, someone has not done his home work well and was not circumspect in discharging his duties.

Thus, the end-result of his thoughtless action is a horrendous blander and a traumatic experience for the ex-minister. It has therefore become very necessary for the police authority to waste no more time in coming out with the facts of the matter to forestall any untoward consequences. This is all the more imperative because Senator Goje has himself vehemently denied that there was a file containing incriminating write-ups on the murder of Sheikh Ja’afar among the documents removed from his house. I could not agree more.