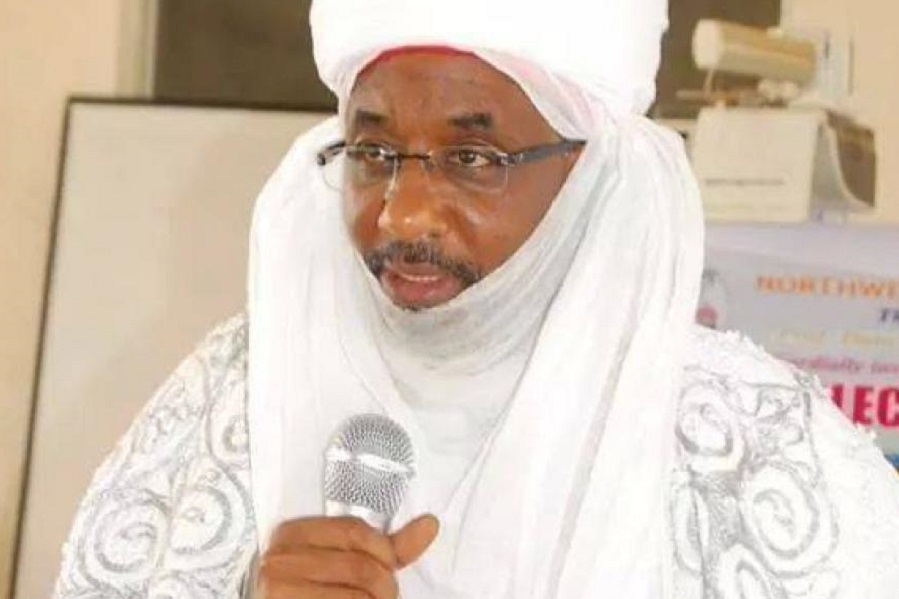 It is a fact that the Kano state House of Assembly has suspended the probe of Muhammad Sanusi II, the Emir of Kano – It is also a fact that before the issue escalated, some notable politicians called for caution on both sides – One of such politicians, whose voice was the loudest, is the indefatigable Comrade Timi Frank.

On Tuesday, May 23, the front pages of major Nigerian newspapers had the headline ‘Kano state House of Assembly suspend probe of Emir Muhammad Sanusi.’

These headlines must have made those who genuinely love Nigeria to heave a sigh of relief after days of bated breath waiting for the news emanating from Kano state. One of such Nigerian is Comrade Timi Frank, who is undoubtedly a political sooth-sayer, as he was one of the early callers who called for caution in the widely publicised probe.

Timi Frank’s timely warning for the Emir of Kano not to be humiliated gave rise to the calls for government and traditional intervention in the issue “I will call on our traditional fathers to quickly intervene now before this controversy between the state government and the Kano Emirate degenerates into the unexpected. “

“While I want to make a passionate appeal to our dear Governor Ganduje and the state lawmakers not to exercise their full strength against whatever perceived wrong doings by Malam Sanusi led Emirate in Kano, I believe like other opinion leaders have said that there should be a way to amicably settle the differences,”

Frank said in a statement sent to journalists on Friday, May 12. Frank specifically begged the governor and other top state government functionaries not to promote any move that will lead to the dethronement of the popular Emir, saying such could become a bad precedence against traditional institutions in the state and the country at large.

He also appealed to the respected Sultan of Sokoto, Alhaji Sa’ad Abubakar, and other traditional leaders in the country, Northern Governors Forum and other elders in the region to intervene and settle the matter amicably.

Following the calls made by Frank and some other prominent Nigerians, the Kano state House of Assembly halted the probe. Kabiru Rurum, speaker of the Assembly, who announced this at plenary on Monday, May 22, said the action followed the intervention of some prominent Nigerians.

He also disclosed Governor Ganduje sent a letter to the lawmakers to appeal that the exercise be put on hold.

The Kano state anti-graft agency was investigating alleged misuse of N6 billion by Muhammadu Sanusi II’s Emirate Council. Emir Sanusi had posted details of his salary for April 2017 on social media after the allegations against the Emirate Council was widely reported in the media.

Many however, suspect that the probe is connected to the Emir’s recent outburst slamming leaders about the poverty level in the northern part of the country. Before then, there had been war of words between officials of the state government and the Emirate after Emir Sanusi reportedly made public comments that allegedly irked the state governor.

Emir Sanusi had in different fora taken northern leaders to the cleaners for not doing enough to develop the region. He also took a swipe at the Kano government for its empowerment programmes which he faulted.

Rumours became rife that some Northern elites want the Emir removed after he made a series of comments about the need for social reforms in the north.

One of such comments was at the Kaduna state’s investment programme titled: ‘Promoting Investment Amidst Economic Challenges.’ At the event, Emir Sanusi comments raised eyebrows when he said northern Nigeria will be the poorest if the country is broken into components. He urged the region not to use the oil rich Niger delta, commercially viable Lagos and business oriented south east to mirror the living standard of the North.

He also urged Muslims to imbibe education and stop using religion and culture to set the region backward.

“You tell me that you should not write love book in northern Nigerian. What is the crime of those books? Of what benefit is it to the north, having 3 million children roaming about?” Emir Sanusi asked his audience which included the Sultan of Sokoto rhetorically.

His words: “The federal government of Nigeria is spending 66 per cent of its revenues on interests on debts, which means only 34 per cent of revenues is available for capital and recurrent expenditures.

Although he was speaking in his capacity as a renowned economist and a former governor of the Central Bank of Nigeria, Emir Sanusi’s comments were perceived as an affront on the establishment. With the backlash that came with his comments, Emir Sanusi soft-pedalled and refrained from appearing in public and making more comments.

Acting President Yemi Osinbajo was said to have also prevailed on the Kano state governor to ensure there is peace.

The first was the Bring Back our Girls Group (BBOG) 3rd year anniversary held on Saturday, April 14 where he was the guest of honour. He stayed away from the event and sent his daughter, Shahida to deliver his speech. He told the audience through his speech that he stayed away from the event because his recent comments condemning Nigerian leaders have been misunderstood.

The Emir decried the fact that his critics are diverting attention from the issues he raised concerning the poverty and lack of leadership, especially in northern Nigeria.

“You may say what you like about me, but it won’t change the issues that are inherent in our society,” the Emir said in the delivered speech.

“Anyone who chooses to talk for the voiceless, must be ready to face a backlash, after all the insults, the issues will remain and not go away.”

While Nigerians of good-will celebrate the end of this episode, it is note-worthy to commend politicians like Comrade Frank, who knew the implications of such politically-motivated ventures that would do nothing more but heat the polity.

It is also pertinent to note that Emir Sanusi contributed in no small measure to the victory of the All Progressives Congress (APC) in the 2015 presidential elections, through his constant and constructive criticisms of the then Jonathan administration.

History will be kind to Comrade Frank for reminding the APC leaders and political office holders to stand by the revered Emir in his time of trial.

It is also a reminder for the APC to always hearken to the voice of tested politicians like Comrade Frank who have been on both sides of the divide and have constant interaction with members of the public. Politicians of his ilk are rare in these times.

Comrade Frank has always stood on the side of the Nigerian people at all times even at the expense of hurting his own party. This is why some mischievous chieftains of the ruling party are uncomfortable with him around them.

Finally, it is hope that the ‘cease-fire’ in Kano will be permanent, so that Nigerians can look forward to the dividends of democracy delivered at all levels of government devoid of petty distractions.