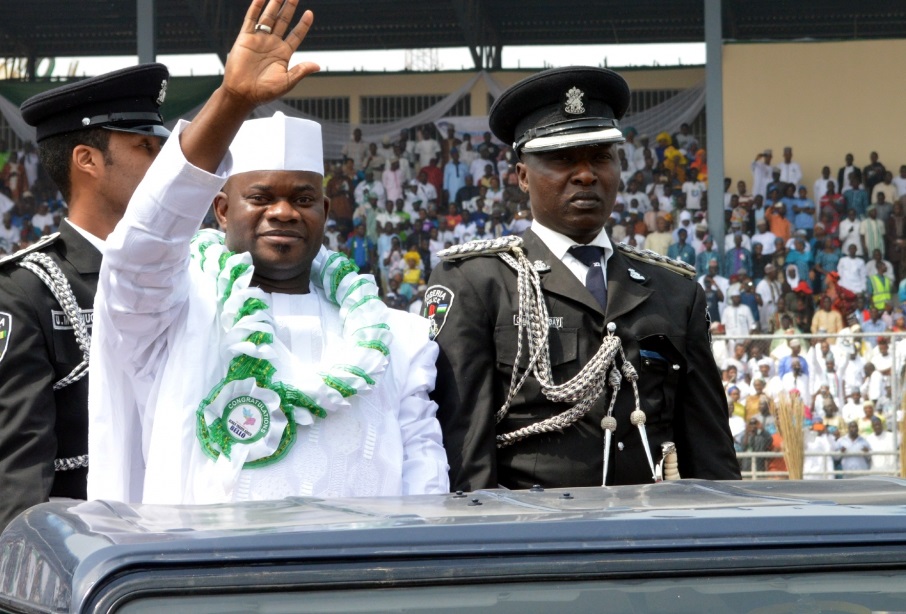 A political movement, Coalition for Truth and Justice, on Sunday said the leaders of the All Progressives Congress (APC) in Kogi State, calling on Governor Yahaya Bello to resign over alleged irregularities by the Independent National Electoral Commission (INEC) in the registration of voters, were feasting on irrelevant issues.

The organisation, which described their demand as “laughable, irresponsible and unbelievable”, said “Governor Bello is going nowhere; he won’t resign.”

Although INEC had recently claimed that Bello had registered twice, the commission was quick to emphasise that the overzealousness  of the governor ‎to  participate in the electoral process cannot affect his electoral fortunes.

A statement issued in Jos by the National Coordinator of CTJ, Dr. Charles‎ Timothy, said “even as INEC has made that point, some mischievous people who call themselves APC leaders have chosen to overlook that important point to feast on irrelevant issues.”

He said, “INEC has made it clear that voter education is one of  its cardinal principles and that it is a continuous exercise as it cannot be done overnight. And some eager Nigerians are yet to understand the  ‎part that has to do with transfer of voting centres but have gone ahead to register again when they find themselves in new locations as was applicable under the old system.

“This was apparently what happened to Bello hence the circumstance is devoid of any untoward  intention. But these few Kogi APC leaders prefer to expose their ignorance by acting beyond their limits and assuming a position that is way beyond their powers.   ‎

“By calling on Bello to resign, the hastily contrived group has exposed itself to ridicule by claiming to know more than the nation’s electoral umpire and by threatening to impeach him they assume again that they can dictate to the State House of Assembly which is the only body that has the statutory powers to do so. One way of gauging the seriousness of an enterprise is to look at the profile of those championing it and that is the crux of the matter.

“One of the prominent leaders of the group is Dino Melaye,‎ a man who has continued to bring shame and ridicule to Kogi State by his alarmingly illogical comments on the floor of the Senate and elsewhere.  This is a man who is struggling with an identity crisis that even his real name is not known as it keeps changing and his credentials are so fake that they cannot withstand the slightest scrutiny as seen recently. Yet the group wants people to take them seriously.

“To put the records straight,  Governor Bel‎lo is discharging his duties responsibly as governor and cannot resign because he has not done anything unconstitutional to warrant that. Providence and the good  people of Kogi that put him there still want him in that office to continue the good things  he is doing. The likes of Melaye should be ignored as they have nothing concrete to offer and are only clutching at straws to survive the political turbulence charging at them.”