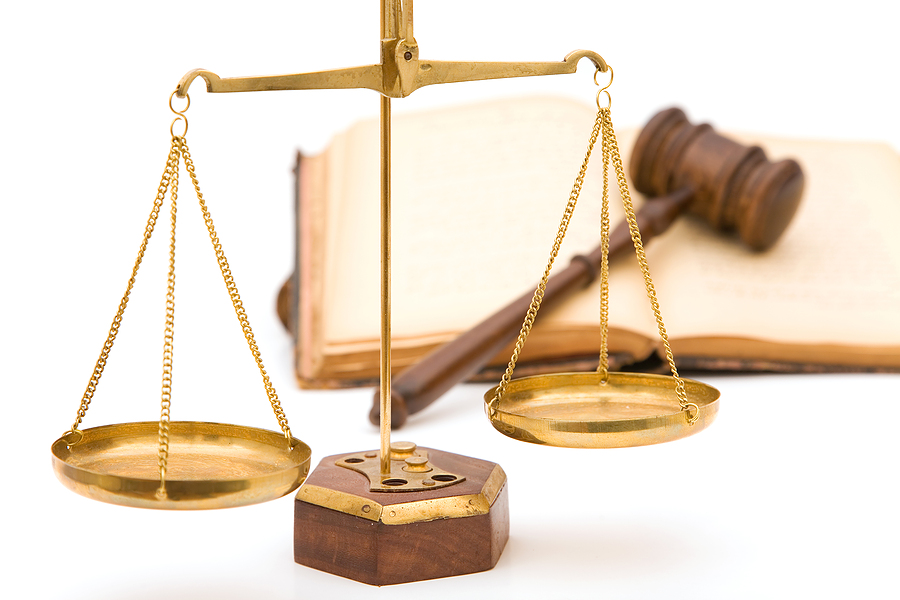 Aside ethnic bigotry and religious odium, corruption is apparently Nigeria’s ultimate challenge. Corruption is so rampant that it has unconsciously become a norm. Rights and merit are not valued anymore. Every step you take, you must always be ready to bribe your way or know someone who knows someone. No class is righteous! Almost everyone use their position, power and authority for personal aggrandizement. The educated steals with the pen, the unschooled engineer demands for thrice the price of auto-parts and the politician snaffles the public treasury.

The gains of corruption have shattered the political-will to tackle it. Nonetheless, President Buhari has valiantly expelled the usual mode of fighting corruption with articulate speeches and match words with action. Judges and prominent politicians are being investigated and prosecuted, even though there is just a single convict – Bala Ngilari, the former Governor of Adamawa State.

The apparent national attention shift from Ngilari makes this publication timely, weighty and credible. This piece had been long articulated-in-mind, but the main task of grounding the core assertion that the political elites have devised a new antics to immune themselves from incarceration necessitated a lengthy observation and research. To achieve this, much time was needed to observe the actions and reactions of the federal government, the anticorruption crusaders, the populace and the media. Sadly, this collection of Nigerians has been underactive or unconscious of a looming danger.

On 6 March 2017, Ngilari’s popularity soared when news broke that an ex-governor has been sentenced. For awarding the purchase of 25 cars for N167 million without adhering to the State’s Public Procurement Act, Ngilari was convicted of corruption and sentenced to five years imprisonment without the option of fine by Justice Nathan Musa of the Yola High Court.

This rare, high-profile conviction generated a rain of national applauds and international accolades. The world was convinced that the likes of James Ibori would no longer be able to evade justice. Among the political class, Ngilari’s conviction sent shivers down the spine of the corrupt and they began to strategize. The outcome of their strategy exposed when the unprecedented happened. After being imprisoned for 21 days out of a five year jail term, Ngilari was released from prison under the most dubious circumstance.

In a dire conspiratorial alliance with the prison and the judiciary, Ngilari’s comrades coaxed the Prison Deputy Comptroller in charge of health, John Bukar, to issue a medical report that Ngilari needs an urgent medical attention abroad – specifically at the Canada Specialist Hospital in Dubai. The medical report stated that Ngilari is battling with insomnia, diabetes and hypertension with blood pressure rising between 180/110MMHG to 190/120MMHG.

Easily and swiftly, the same Justice Musa that convicted Ngilari awarded him a N100 million bail with two sureties, who must own landed properties in Yola, the Adamawa State capital. Without a doubt, Nigeria is a class society where the rule-of-law exists only on paper. Under the watch of an anticorruption focused government, Ngilari was released to seek medical attention abroad, while thousands of convicted and awaiting trial inmates with debilitating health are never awarded such grace.

Is Ngilari really receiving treatment abroad or has totally escaped justice? A print media once reported that when Ngilari’s release started generating controversy, he hurriedly escaped through the Cameroonian borders to an unknown destination. There is evidently more to Ngilari’s release than meets the eye. The conduct of Justice Musa and the prison officials shows that some prominent persons are determined to ensure Ngilari evades justice. Who could these powerful persons be other than his fellow politicians, party stalwarts and godfathers? Could it be that Justice Musa and the prison officials’ hands were greased? Most likely!

In denial, the Comptroller of the Nigerian Prison Service (NPS) in Adamawa State, Peter Tenkwa, declared he knew nothing about the medical report that facilitated Ngilari’s bail. Teckwa expressed that the “Nigeria Prison Service, as I stated, knows nothing about this letter; whoever wrote that letter is on his own. I have been directed to query the officers involved”. As a deterrent, the NPS suspended two prison officials and nothing more has been heard. Is that enough to deter future occurrence?

Affirming conspiracy, Teckwa (unintentionally) exposed the initial desperate move to hasten Ngilari’s freedom. He unveiled that the Adamawa State Ministry of Justice had initially written him to raise concerns about the health facilities in Ngilari’s prison. After assessing the facilities, the ministry was informed in writing that the prison facilities are up to standard. Teckwa avowed that “we have enough medical facilities to handle high-profile inmates like Ngilari”. Fellow Nigerians, if you wish to live the Nigeria of your dreams, never defend the unscrupulous release of Ngilari.

Affirming infraction, the Adamawa State Attorney General and Commissioner of Justice expressed that: “you must establish special circumstance before granting bail; pending appeal and ill health is not good enough. Before such bail would be granted, the convict must show that the ill health is of contagious nature; the convict did not meet any of the conditions required”.

Manifestly, it is unclouded that the political elites have successfully launched their new strategy of evading justice without consequence. The Buhari anticorruption administration has ignored it and Nigerians have done nothing to resist it. As has always being the case, some Nigerians boorishly defend Ngilari’s release while others condemned it – all talks, no action! The ever vocal Femi Falana and anticorruption crusader Itse Sagay – that roar when the Senate sneezes – have gone mute.

Nigerians beware! This is another Boko-Haram synonymous menace in its formative stage. The implication is that once a prominent politician is convicted, he or she would simply regain freedom on health grounds and fly abroad for ‘treatment’. Bear in mind, there is hardly any imprisoned aged person without one form of ailment or the other. Imagine Sambo Dasuki and Deziani Alison-Madueke are convicted of corruption, but later released to get medical treatment abroad. The rate of corrupt practices would surely skyrocket beyond measure. Wise is the one who first orated that “a stitch in time saves nine”. I warn! Our collective silence and “eh no concern me” attitude would blow this new tactics of evading justice out of proportion.

Without reasoning, we support these politicians blindly while they callously make our lives miserable. They care less and would continue to do anything possible to secure their political future. When MKO Abiola and Baba Gana Kingibe contested the 1993 annulled presidential election, Nigerians were not religiously sentimental. No one cared if it’s a Muslim-Muslim or Christian-Christian ticket. Today, everything has changed. Just for the sake of winning elections, some politicians desperately fused politics with religion. They have malformed our orientation that we must fight for our ethno-religious person to be in power, regardless of their competence.

These greedy politicians also converted ethnicity to political ideology. They have cajoled us to believe that it is a sin to criticize our ethnic person in power and we must fight other tribes that do such. Today, I doubt if any political party can win the presidential election without balancing the North-South and Christian-Muslim equation. That’s not enough, the next target of these politicians is to frustrate the anticorruption war and cripple justice, but Nigerians are neither observant nor resistant.

I pity the Nigerian masses, especially those who have clouded their intellectualism with ethno-religious sentiments. The corrupt politicians they fiercely defend are the ones behind their ordeals. Without a second thought, a miscreant would be the first to stone the politician using him as a terror instrument, if he realizes that the corruption and misdeeds of politicians basically made him a miscreant. That miscreant couldn’t have a quality education because the funds meant for development have been shared, while the children of those he roars “tuaile all-right sir” for are schooling in the best universities abroad.

If Nigerian states are to be sold, the debt of some states is almost their value price. Oh Nigerian leaders why? Why are you obtaining loans our unborn generation cannot pay only to steal? Look around you! The roads are death traps; masses are terribly impoverished; insecurity is alarming; graduates are unemployable; youths are submitting their intellectualism to crime; our ladies are embracing prostitution and people are dying of minor diseases. For how long shall Mosquitos continue to stare at us and say ‘bless this food, Oh lord, for Christ sake’? These man-made evils are befalling us because Ngilari and associates have fleeced the funds meant for development.

Lest I forget, it is a pity that Nigerians don’t even know they are suffering. When you write objectively about any public related issues in developed nations, everyone would raise their voice for change, but in Nigeria, the same people that corruption has swallowed their convenience would rain abuses and question your right to speak.

Well-intended, this piece is a wake-up call for Buhari-Osinbajo and all Nigerians to rise against the latest ruinous antics of the political class before it is too late. If we ignore and handle it softly like Boko-haram, the situation would one day rise beyond our control and this piece would be referenced as that patriotic warning that was ignored.

* Omoshola Deji is a political and public affairs analyst. He wrote in via moshdeji@yahoo.com