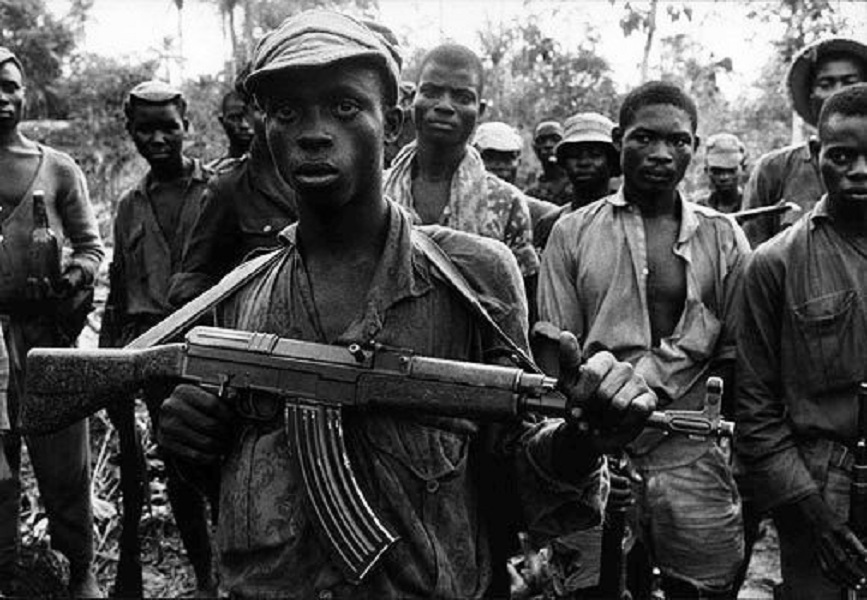 We died and never knew.
But, well or ill,
Freedom, we died for you.

John Maxwell Edmonds (21 January 1875 – 18 March 1958) was an English classicist, poet, and dramatist who is notable as the author of celebrated epitaphs. It was he who wrote the above epitaph and this one also: “When you go home, tell them of us and say, for their tomorrow, we gave our today”. So it is with the Biafra fallen heroes; they gave their yesterday for our today.

Against the backdrop, the Biafra Remembrance Day being mobilized by the Indigenous Peoples of Biafra (IPOB) forMay 30 is much more serious than is understood in many quarters. To the discerning, it is the most civilized form of protests in uncivilized climes where authorities hardly brook any form of open dissent. It is a day to honour the dead and for stock taking by the peoples whose fates have been ironed together by the happy and sad experiences that have become a collective memory called Biafra. Biafra, for them, is identify, not mere geography.

IPOP is calling for a total lockdown of the South East and other Biafra enclaves in the South South Nigeria. This symbolic gesture needs to be put in perspective and if truly done, it could reveal that the exercise ought to be observed by Igbos and others who share the Biafra identify everywhere in the world, not just in Nigeria alone. Igbos and other Biafrans anywhere they may be: in Onitsha, Aba, Calabar, Ugwuocha, Lagos, Kano, Abuja, USA, Europe, everywhere, should take the day off and reflect on their odyssey as a people. That is what the Jews do with the Passover Feast, which is a similar observance in both relevance and essence.

The epic rise and fall of Biafra as a republic (1967 – 1970) and the current strong pushes to resurrect it can no longer be wished away or seen as child’s play. While the briefest republic lived, it received life from the blood of well over a million valiant people of Biafra, mostly children and women who perished more from starvation than from bullets while resisting. This holocaust mostly happened because hunger and starvation were officially introduced by General Yakubu Gowon-led federal government to subdue Biafra. While the million died, they said: “All is fair in war,and starvation is one of the weapons of war. I don’t see why we should feed our enemies fat in order for them to fight harder” (Awo 1969). The ruthless implementation of the criminal policy cut off food supplies from reaching Biafra during the war, and stopped relief materials even from the outside world that was alarmed by the resultant humanitarian crisis and carnages.

The inhuman way and manner that war was brutally waged against the poorly defended peoples of Biafra earned Gowon the ignoble place of the world’s 14th most brutal dictator in history, ranked among tyrants like Jean-Bédel Bokassa and the rest. So, if General Olusegun Obasanjo claims that the Nigeria-Biafra war was not waged to massacre the Igbos but to prevent them from leaving Nigeria, one wonders what its real aim was if as many as one million Igbos and other Biafrans died in less than 3 years. Surely to keep them in perpetual servitude and to suffer for the military coup carried out by the Five Majors, one of who was Obasanjo’s kinsman, Ademoyoga, in which some northern leader were killed.

Obasanjo and other revisionists of Nigerian history are merely playing God and rewriting history. No wonder history has been officially dropped from the country’s educational curriculum, perhaps the only country to do so in the world.
But even if Nigeria obliterates the horrific Biafra war history, the world will not. Thus writers and chroniclers like Dr. Conor Cruise O’Bien could write in New York Review on 21 December, 1967: “Myself and the same UNICEF representatives went on to convey something of what lay behind this intransigence: Among the large majority hailing from that tribe who are the most vocal in inciting the complete extermination of the Igbos. I often heard remarks that all Nigeria’s ills will be cured once the Igbos have been exterminated from the human map.” This is an account of a foreigner who had nothing to gain from thwarting the true account.

A people who passed through such horrendous experience have a responsibility to keep eternal vigilance by occasionally reminding themselves of such event and the reasons it came up in the first place. It is in this light that the Biafra Remembrance Day should be appreciated. It is important to remember the dead and even more important to remember those who died that others may live.

The Jews mark what they call the Passover. Passover is an important, biblically-derived Jewish holiday. Jews celebrate Passover as a commemoration of their liberation by God from slavery in ancient Egypt and their freedom as a nation under the leadership of Moses. According to standard biblical chronology, this event would have taken place at about 1300 BCE (AM 2450).

Christians are also aware that Passover also meant the death which killed the firstborns of the Egyptians passed over the Jewish homes that were marked with the blood of the lamb. Similarly, Remembrance Day is a memorial day observed in Commonwealth of Nations member states since the end of the First World War to remember the members of their armed forces who have died in the line of duty, the same way the Biafra Remembrance Day seeks to remember the brave Biafrans and non-Biafrans who laid down their lives for the freedom and dignity of the Biafran people.

There were foreigners who died fighting to save Biafrans. A certain Bruce Mayrock immolated himself on 30th May, 1969, in front of the UN building in New York just to bring the US and the world’s attention to Biafra.

Those who hate oppression and subjugation, and support Mazi Nnamdi Kanu’s ideology and vision will not fail to see a grand vision and wisdom in his clarion call for the Biafra Remembrance Day. Even wiser is his call that it has to be a sit-at-home and not rallies and street protests, which easily offer excuses to the Nigerian security operatives to kill and main unarmed pro-Biafra agitators as happened a year ago in Onitsha, Aba and Ugwuocha where dozens were killed, as reported by Amnesty International.

Hate him or love him, Mazi Nnamdi Kanu is a true leader and like a shepherd who must be prepared to suffer and defend the people he leads, he has remained selfless, honest, steadfast, full of integrity, resolute, compassionate, and full of love for his people. Thus he has become the undisputed face of Biafra and everything it represents.

May have faultily argued that the sit-at-home will hurt the economy of the South East and others where it is observed. From the findings of psychology on holidays, such a break even harbors more good than harm. Apart from the lives that would be saved, it will also rekindle the Biafra spirit similar to the Jewish spirit, which has made Israel the most resilient and enigmatic nation in the world.