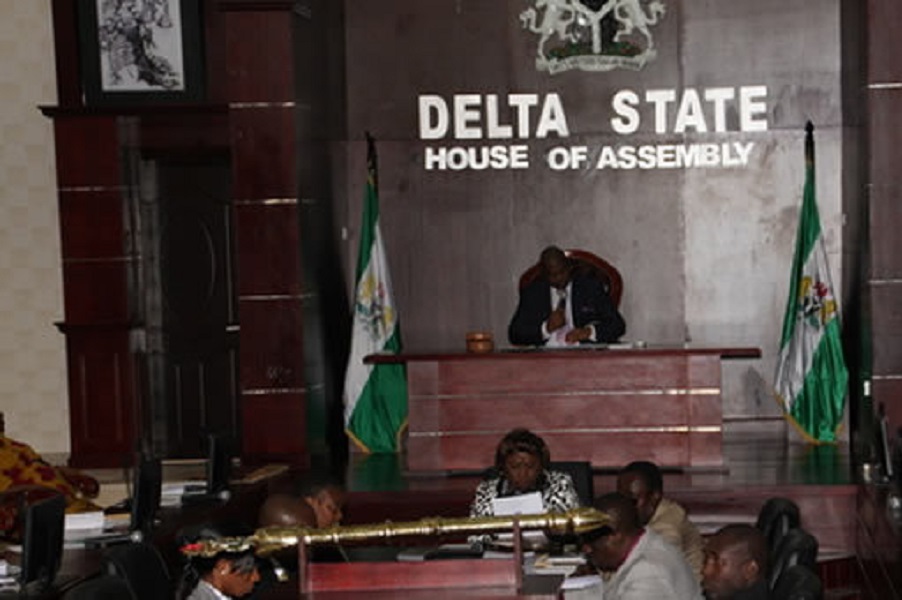 If the crisis currently renting the air in the Delta State house of Assembly (DTHA), is anything to go by following the Speaker, Monday Igbuya’s manipulation and appointment of his alleged errand boy, Mr Aghoghovia Otto as the new Deputy Clerk of the House amidst controversy, the House would be moving towards doom.

The appointment which is said to be generating ripples, have been condemned by legislative workers, who insisted that the speaker’s errand boy is inexperienced and not yet qualified to hold that exalted office.

It was gathered that members of the House and other staff were captured in the picture over the appointment of Otto before the Speaker allegedly connived with few principal officers of the House to hurriedly install his boy as the new Deputy Clerk.

It was learnt that the Majority Leader of the House, Mr Tim Owhefere moved a motion for the appointment of Mr Otto as Deputy Clerk of the House and seconded by Mr Oboroh Preyor and adopted during Tuesday session of the House.

The motion and adoption has received serious condemnation and has been described by lawmakers as something that was hurriedly done without following the due process.

According to the lawmakers, the Speaker didn’t bother to seek the overall opinion of the lawmakers before hurriedly rushing to install what he called his “puppet” with outright disregard to the law the House enacted “The speaker’s action runs contrary to the same laws enacted by us. Rule 36 of the standing orders of the House provides for the most senior legislative officer to act in the absence of Clerk and Deputy Clerk.”

It was alleged that Mr Igbuya called the emergency plenary which without intimating most vibrant members of the House about the installation of his errand boy as the new deputy clerk adding that “The speaker, deliberately arm twisted the leadership of the house to undermine laid down laws and forced his crony on the house when it is was obvious that Otto does not meet the requisite requirements for the appointment.”

Also condemning the action of the Speaker by appointing his protégé as the new Deputy Clerk of the House, a member of the state chapter of the Parliamentary Staff Association of Nigeria (PASAN), who pleaded for anonymity noted that the House of Assembly Service Commission law, section 13 provides for the appointment of Clerk and Deputy Clerk by the Speaker and principal officers subject to confirmation of the House but not only the duty of the Speaker as was observed.

According to PASAN member, the law stipulates that the Deputy Clerk, must not be less than 14 years in experience and must not be below Grade Level 14, therefore, the speaker’s protégé, Otto who was employed effective March 01, 2004 has been erroneously appointed, despite the clear facts that he is not qualified adding that “Otto, is a Grade Level 13 officer and there other senior management staffers on Grade Level 14 as stipulated by law but the speaker’s stooge an Urhobo man from the Speaker’s Senatorial Zone was favoured.”

Also condemning the appointment, an executive member of PASAN, lambasted the speaker, stressing that a most qualified person for the position of the Deputy Clerk is Dr. Ebi F. Waboke, a Director in the House of Assembly from the same Delta South Senatorial District with Igbuya, but the Speaker abused the powers of his office to forced one of his errand boys and kinsman, an Assistant Director on the house, saying that the plot has been on for over two years now.

“The speaker has now carefully and fraudulently executed his plan. Igbuya is one man well known with fragrant disrespect for rule of law. He is never ashamed to demonstrate his illiteracy and does everything crudely without any atom of remorse. Igbuya is a disgrace to the exalted office of the speaker.” the staff said.