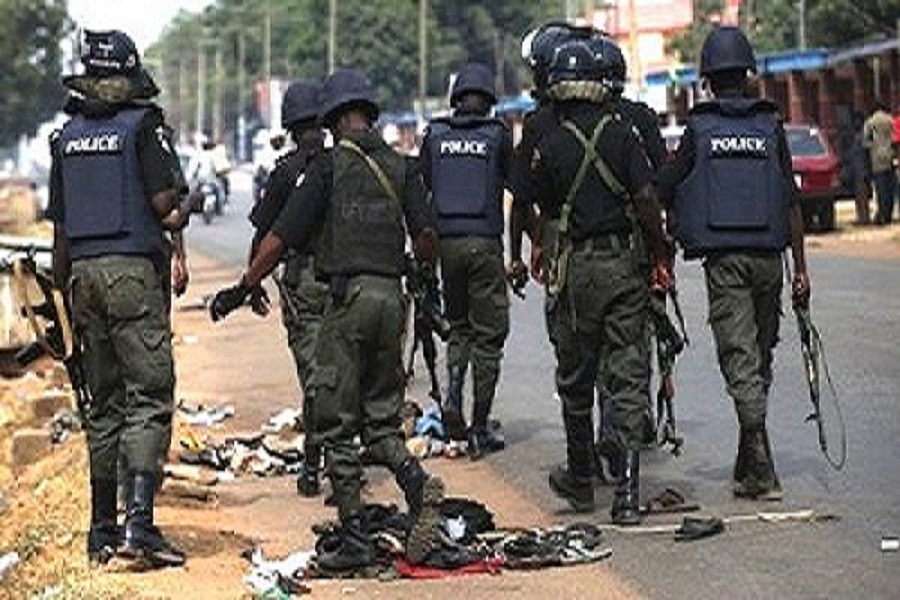 The Federal Special Anti-Robbery Squad, FSARS, attached with the Nigeria Police Anambra State Command, last Sunday morning stormed a predominant hideout said to was occupied by suspected miscreants who hides under the cover of the  Biafra Independent Movement  (BIM) to be causing havoc through abducting and holding innocent Igbo people into hostage.

The hideout, described as Zone 9 Okpoko, allegedly controlled by members of Biafra Independent Movement, BIM according to police source was discovered as  place being used as detaintion camp of the victim(s) of the hoodlums said to have turned the Okpoko community a no go area for sometime now.

According to our source, the FSARS, Anambra State in tipoff, stormed the acclaimed Zone 9 and arrested four of the suspected syndicate while the alleged victim (names withheld) was rescued by men of the FSARS from the said Zone.

The arrested suspects in connection with the alleged kidnap are Christian Oguchi popularly known as Kato, the Anambra North Security Commander, Biafra Independent Movement, BIM and four others while two motorcycles and other property worth thousands of Naira were allegedly destroyed by the FSARS on their arrival to the said hideout.

Debunking that the people arrested are not kidnappers but members of Chief Ralph Uhwazuruike’led Biafra Independent Movement, BIM,  the group  has given 48 hour ultimatum for the release of their members, failure which, would result in paralyzing business activity in the state.

An witness account disclosed that the IBM members having put severe resistance attempting to over power the men of the FSARS, the eyered policemen sought reinforcement of the military men who responded immediately and assisted the FSARS men in their operation.

The soldiers, it was learned arrived with three Hilux vans load of soldiers but could not see any of the IBM members on their arrival.

Reacting, the Anambra North Zonal Leader of BIM, Emmanuel Omenka said, “they should not take our non-violence posture for weakness. After 48 hours, if our security men are not released, we will ground business activities in Onitsha and it’s environs”, he warned.

In the words of the Zonal leader, “we do not know where they have taken our five members to.The police took two of our motorcycles, ransacked our office and even invited the soldiers to help them kill us”, he narrated.

In her reaction, the Ogbaru Regional Director, Biafra Independent Movement, BIM, Mrs. Virginia Ubazuonu condemned the action of the police and military adding, “enough is enough, we can no longer take this”.

Dusting the claims of the BIM leadership, the Grand Commander, Federal Special Anti-Robbery Squad, FSARS Anambra State Sector, SP Sunday Okpe when contacted on his GSM line, denied having arrested any member of the freedom fighters but admitted that his men in a tipoff, rescued a kidnap victim and as well, arrested people who were holding the alleged victim hostage at Okpoko, Ogbaru Local Government Area of Anambra State.