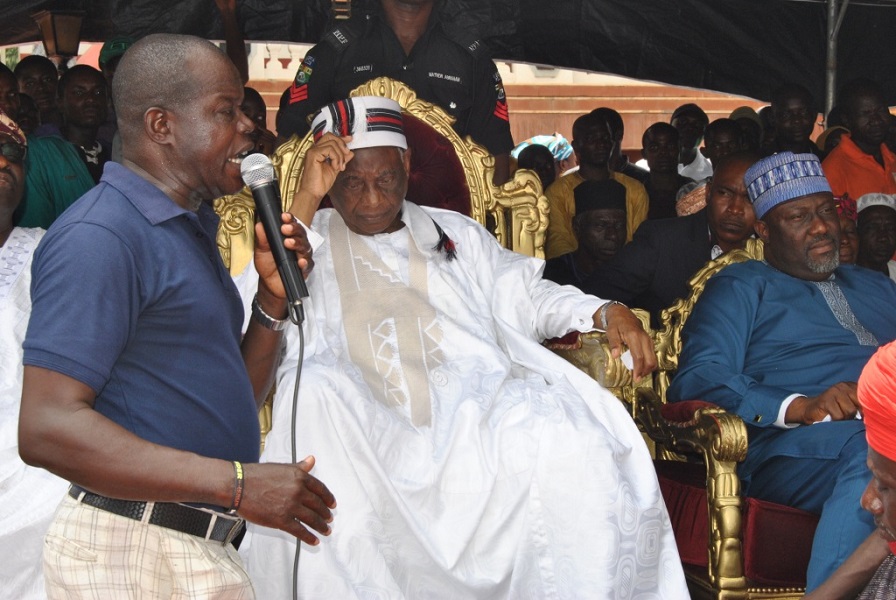 As early as 4 a.m each day, residents of Ebiraland, usually women and children are seen carrying water containers of various shapes and sizes in search of water which is a seasonal scarce commodity in that part of kogi state. The low-land of Inoziomi where the Wells usually doesn’t dry and GRA okene where majority of the rich who could afford to sink boreholes in their houses resides suddenly turns into meccas of some sort as soon as the raining season is over. Women are exploited, the elderly are disrespected, the poor and indigent are assaulted and humiliated, and children are abused and dehumanized in their unrelenting quest to get water, no matter what it takes.

It is embarrassing and sad that at this modern times women and children still has to be up as early as possible and trek long distances in search for not even a (treated) portable drinking water but for some dirty Well water. The Irehu waterworks which use to supply water periodically to the residents of Okene and environs has since been neglected, abandoned and reduced to a mere campaign project for winning the votes of the people of the part of the state by desperate and dubious politicians who always fail to fulfil their campaign promise of rehabilitating and resuscitating the waterworks.

Water is a basic necessity of life, its adequate provision should form part of the basic policy of any right thinking government at different levels. We all need it for many activities and purposes, particularly at the domestic front towards a hygienic and healthy living. The settlement pattern and topography of Ebiraland already offered an advantage and makes it easier for all nooks and corners to be reached and connected through water channels, but the government is yet to do anything in this direction.

Despite being a host to dams, Ekuku and Osara, which could supply several million gallons of water per day if effectively and adequately harnessed by the government, many residents of the central senatorial district have been left to continue to suffer and groan helplessly as the problem of water scarcity which had persisted for a very long time and is now further compounded and made worse as a result of population explosion and expansion in Ebiraland. The challenge of water scarcity in Okene and its environs is growing by the day and residents of the high-land of Okene-eba, parts of Idoji, Idozumi, Enyinare, Ihima, Adavi-eba, Obangede, Kuroko, Eika and many parts of Ajaokuta local government area are the worse hit.

Sadly, the elected representatives of the people of kogi central at the national, state and local government levels have not been able to do much in addressing the increasing water needs of the people as many of them are only there for their pockets and not for how they can better the lot or make life more meaningful for their constituency. Although the neglect of water facilities in the central senatorial district didn’t start with the present administration in the state, it is expected that being a son of the soil governor Yahaya Bello would summon the courage and alacrity to do the needful as urgently as possible in a bid to ameliorating the suffering of the people of Ebiraland by designing a simple but enduring water reticulation project to put a permanent end to water troubles in Okene and environs.