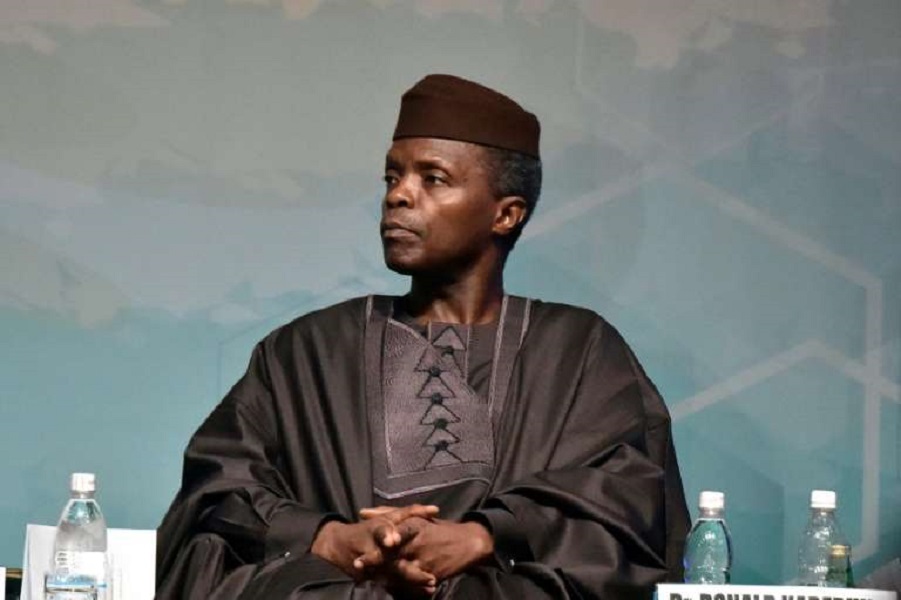 It is no more news that the Acting President Prof. Yemi Osinbajo is visiting Akwa Ibom on Thursday. This is one visit that the people of Akwa Ibom have been anticipating for quite a while, the first from the nation’s seat of power since the inception of the current administration.

Renowned as a very peaceful State, the people of Akwa Ibom have often avoided the temptation of violent confrontation in the face of lack of significant federal government attention to the state. This lack of federal presence is even worrisome, considering the role of the state as the highest contributor to the federal purse.  Earlier last month, the presidency had explained that in line with the federal government’s readiness to comprehensively address the Niger Delta situation, Acting President Yemi Osinbajo, SAN, was visiting a number of oil communities across some Niger Delta States. Prof. Osinbajo has so far visited Delta, Bayelsa and Rivers States, while Akwa Ibom stakeholders patiently waited for their own opportunity with the presidential delegation, to also share their views on the issues of the region.

In Akwa Ibom State, the Acting President is expected to lead a high-level delegation of the Federal Government that will interact with leaders and representatives of the oil-producing communities, elders, youths, women, and others. It is believed that the presidency is fully committed to having an effective dialogue and positive engagement that will end the crisis in the oil-producing areas, and that the visits would further boost the confidence necessary for the attainment of peace and prosperity in the exploited, explored and devastated oil rich region.  Apart from the peaceful atmosphere currently being enjoyed in the state which has fetched the governor commendations from several quarters, the people have witness tremendous strides with turn-key infrastructure springing up in all nooks and crannies of the state, under the watch of Governor Emmanuel.

Rather than seeing road blocks amidst aluta continua war cries, Prof Osinbajo will see an effective inter-connectivity of more than 37 roads measuring 1053km at various stages of completion, currently being executed by Governor Emmanuel. Notable among these are the ongoing second runway at the airport, ongoing dual carriage way from the airport to the coastal area of Oron, as well as a major dualized highway from Ibeno through Eket, Etinan all the way to Uyo the state capital.  This is in line with the infrastructural consolidation and expansion programme Mr Emmanuel had promised his people during his electioneering campaigns.

Rather than young and tattered children hawking and begging on the streets, the acting president will be greeted by responsible children in their schools enjoying the free and compulsory education programme of the state government. He will also see disciplined civil servants whose salaries are always paid as at when due.   The delegation is coming to a state where the governor understands that industrialization is an essential panacea to all-round development. Before now, the name Akwa Ibom was synonymous with civil service, where its entire workforce struggled for white collar jobs. However Mr Emmanuel, whose second name is Mr industrialization has put in place, key enablers that have seen to the advent of several new industries such as the toothpick and pencil factory, an Electricity Meter Manufacturing company; and activation of a couple of others like the Peacock Paints Industry.

During his election campaign tour of the 31 Local Government Areas of the state, Mr Udom Emmanuel promised to create jobs and empower the people through his industrialization agenda.  He has so far demonstrated remarkable zeal and speed in fulfilling this promise because where there are industries, jobs are created, workers earn wages, pay taxes, make savings and help circulate money through purchases. All these have a multiplier effect on the economy as they generate revenue for the state government to foot its social responsibilities to citizens.

In the area of Marine transportation, which “turns around the economy of the people in terms of engagement, capacity building and revenue,” Governor Emmanuel has obtained a license to build an international jetty in Ikot Abasi and is also on course for the activation of another smaller jetty in Oron. Through the strategic development, the Oron-Calabar, Oron-Cameron, Oron-Equitorial Guinea routes will be re-opened for vehicular and vessel movement. In 2015 he appointed a technical committee for the realization of the Ibom Deep Seaport and Industrial City which is going to be one of the biggest industrial cities anywhere in Africa.

In diversification of the economy, Governor Emmanuel has invested enormously in agricultural development. An ultra-modern poultry hatchery embarked upon by the previous administration known as Akwa Prime Hatchery, has been completed and produces tens of thousands of day old chicks each week, a move which is bound to compel every family in the State to embrace poultry farming. With the establishment of a Cocoa Maintenance Scheme in the state, improved seedlings were imported and distributed to farmers to boost cocoa farming at Ini and Ikono Local Government areas.  Several other agro-industries are in the offing including a rice farm and processing plant at Ini as well as Cassava processing plants spread across the state. These industries in their different capacities will – in the Governor’s words, “…empower our people, strengthen them economically and will build up their communities,” –ultimately, reducing poverty.

The government of Mr. Emmanuel is a believer in capacity building, and has trained and empowered several youths in specialized programmes in Computer Technology, engineering, agriculture, among others. This is in line with the governor’s promise that he is coming principally to build capacity and strengthen institutions. In his own words,“Once institutions are strengthened and capacity of the people built, then you are sure that we can use our ingenuity, our hand resource to create wealth and tap into the industrial explosion that is coming into Akwa Ibom State.”

It is pertinent for the federal government delegation to be reminded that the effective utilization of resources accrued to the state in human and infrastructural development, has taken the youths off the streets through more employment opportunities and creative application of talents. Little wonder the state sometimes is usually forgotten when issues of the Niger Delta question are discussed.

The federal government should assist in the smooth take –off of the Ibom Deep Seaport, upgrade of the Maritime Academy of Nigeria, Oron, Completion of the protracted East-West Road, commencement of the proposed Lagos – Uyo railway project, as well as the construction of more federal projects in the state. It is unfortunate that for more than twenty years, no significant project executed by the federal government has been executed in the state, while refunds of billions of naira to the state for interventions in federal projects, are also not forthcoming.

Several industries with questionable privatization status, yet in comatose such as the Aluminium Smelter Company at Ikot Abasi, the Nigeria Newsprint Manufacturing Company at Oku Iboku should be re-visited. The industrial agenda of the state would be boosted if the federal government could consider waivers on several investments and facilities being haunted by importation red tapes at the nation’s ports.

It is expedient for the federal government to built on its smooth relationship with the Akwa Ibom state government and as Mr Acting President lands in Uyo, it is believed that the strategic location of the state, its huge contributions to the economy of the country, as well as the effectiveness of its number one citizen, shall be upheld in taking important decisions for the overall wellbeing of the state.