Advertisement
Ogbonna Casmir
People of Obollo-Afor in Udenu council area of Enugu were thrown into grieve as no fewer than five people were roasted to death and over fifteen others with various degrees of injuries in an auto crash that allegedly occurred Tuesday, afternoon along Enugu/Markurdi express way.
The state police public relations officer, PPRO, Ebere Amaraizu has confirmed the tragedy in a release yesterday.
According to the police the accident which took shape of head on collision occurred when a SCOA commercial bus coming from Markurdi road axis allegedly collided with a Mercedes Benz car with registration number SMK 605 CD coming from Enugu axis of the expressway at Ohulor along Enugu/Markurdi road. 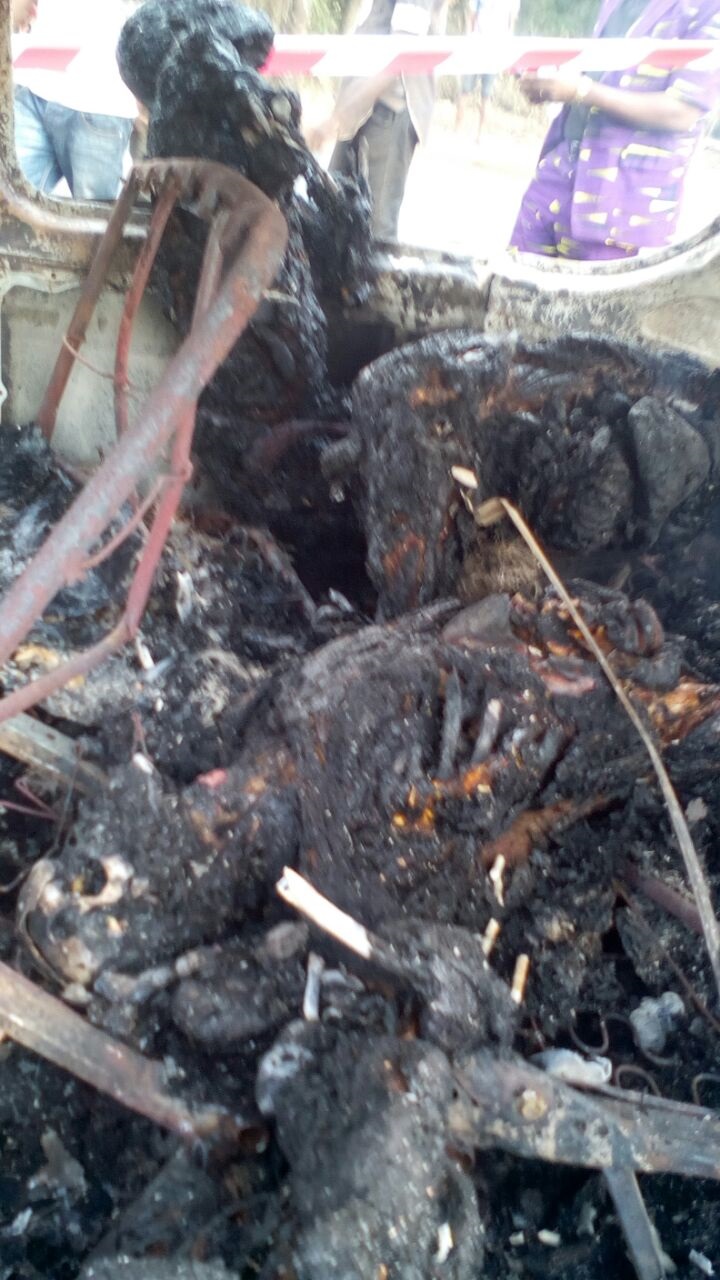 “We are of the believe that following the head on collision, vehicles bursted into flames and in the ensuing circumstances, left about five persons  burnt beyond recognitions and leaving others with various degrees of injuries.
“However, the prompt arrival of our operatives from Obollo-Afor Division saved more people as they saw the urgent removal of the wreckages and conveying the injured victims to hospital for medical attention as well as the burnt victims to Prince Eze Mortuary Obollo-Afor while efforts have been intensified to establish the identities of the burnt victims”, said the PPRO.
Amaraizu had also disclosed that the cause of the head on collision is yet to be established.