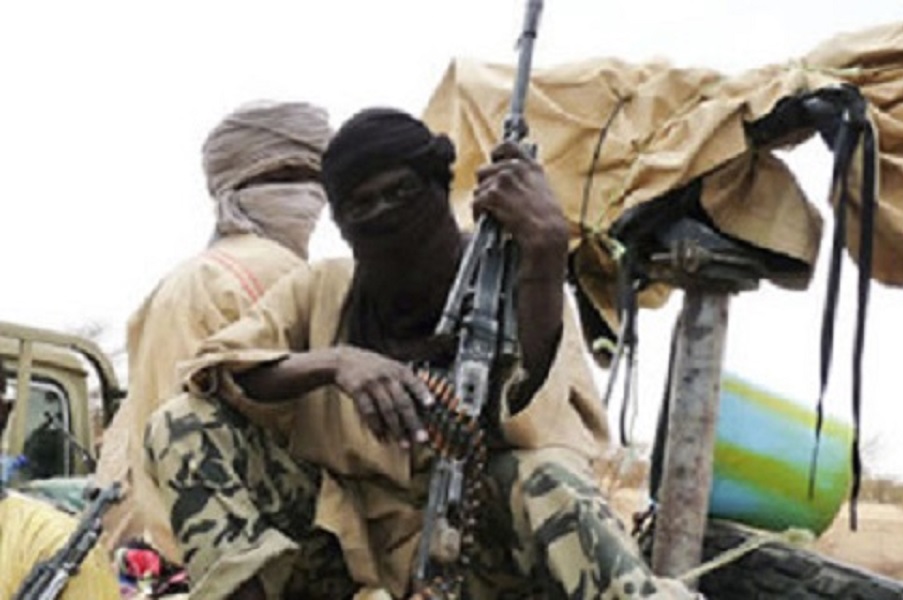 Advertisement
By Richard Murphy, Abuja – Nigeria
A former President of the Nigerian Senate, Senator Ameh Ebute has called on the United Nations (UN) security council to sanction Cameroun, Chad over what he called their complacency and role in the activities of the Boko Haram insurgency which has displaced millions of Nigerians Senator Ebute in a letter addressed to UN, Secretary-General, stated that the two countries have acted suspiciously and have been part of a conspiracy to undermine Nigeria‘s security.
The letter was also copied to the Chief Prosecutor, International Criminal Court, Hague; the President of France, through the French Embassy, Abuja; the President, United States of America, White House,Washington, through the US Embassy, Abuja. Others are President, Federal Republic of Nigeria, Aso Rock Villa; Senate President,Federal Republic of Nigeria, National Assembly Complex, Abuja; Speaker, House of Representatives, National Assembly Complex, Abuja and President, African Union Commission, Addis Ababa. Senator Ebute stated that after a critical examination of the phenomenon and keen observation of the trends in Boko Haram operations, it left disturbing clues about their sponsorship which he said pointed to the direction of Nigeria’s francophone neighbours of Niger, Chad, and Cameroun.
According to him, “the first clue revealed in unequivocal terms that each time the insurgents strike in Nigeria, they escape into either or all of these countries for refuge, during which time, they recuperate, re-energise, re-arm and surface to attack new targets in Nigeria. These countries showed little or no concern about the atrocities of the sect on Nigerians, in spite of consistent loud complaints by Nigeria.”
He urged the UN Secretary General to invoke relevant instruments, particularly Article 99 of the UN Charter, to draw the attention of the UN Security Council to investigate the nuances of the consuming terrorism undercurrents in Nigeria which are potent enough to cause international breach of peace and security. Enumerating some of what he described as suspicious actions of both Cameroun and Chad, the elder statesman said Nigerians have suffered a great deal and deserve justice to be served. He said,
“When Boko Haram changed its leadership in 2015, the Chadian President Idriss Deby acted suspiciously by openly confessing that the Boko Haram sect now had a new leader, as Abubakar Shekau, had been replaced by Mahamat Daoud, who is amenable to dialogue.
How he displayed such intimate knowledge of the disposition of the new leader of Boko Haram raised suspicions about his closeness to them and the external links. “Also of note is that after interactions with the leaderships of Chad, Niger, and Cameroun, by the Nigerian government, an agreement was reached on how to root out Boko Haram terrorists from these countries.
They all consented to the formation of a Multi-National Joint Military Task Force (M-JMTF), which was mandated to launch collaborative counter-attacks on fleeing insurgents in the border communities of the respective countries. But the M-JMTF only functioned in Chad, Niger, and Cameroon for a few weeks and after that eclipsed or relaxed its operations for no apparent reason.
But fleeing terrorists and their families chased from Nigeria by the Nigerian Military ran to these border countries without molestation by any security force, where they regroup to launch fresh attacks on Nigeria. “It must be emphasized that the three countries have always been the entry and exit points for terrorists into and out of Nigeria.
They also probably serve as supply routes for ammunition’, narcotics and trade to the terrorists freely. Why did these countries fail to pull their strings against terrorists as specified in the M-JMTF agreement? And to date, it explains the difficulties faced by Nigerian Army in completely clearing the remnants of Boko Haram terrorists. Since the fall of Sambisa forest, their safest haven in Borno state, residues of insurgents have relocated to these countries, from where they stray into Nigerian territories to launch random attacks on soft and obscure targets.”
He said further, “Consequently, I am pleading with the International community, particularly, the United Nations and the International Criminal Court of Justice (ICCJ) to apply it’s appropriate instruments to conduct a proper investigation into the operations of Boko Haram terrorists in Nigeria, the seeming links and roles France and her former colonies of Niger, Chad and Cameroun played in the burgeoning of terrorism in Nigeria.
This has become imperative given the circumstances’ and suspicions I have painstakingly outlined in this mail.