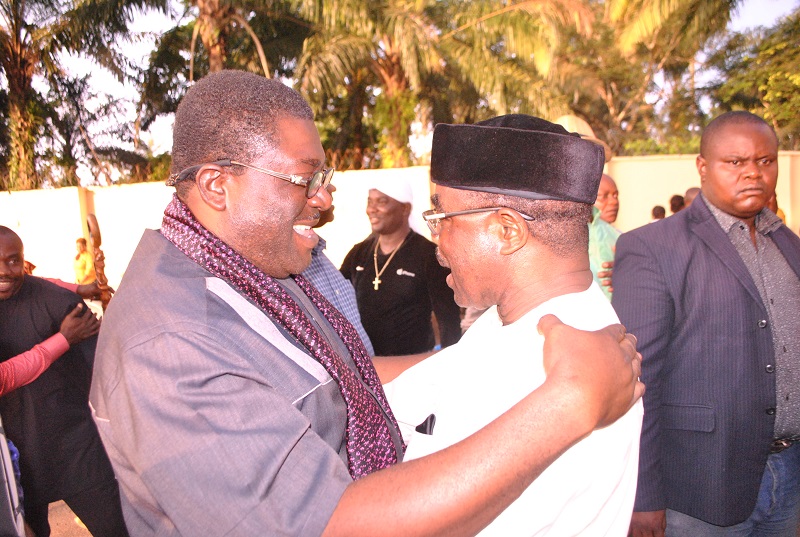 Office Of The Deputy Governor Of Imo Stte

We would not have boardered responding to such infantile exercise but for the sake of unsuspecting publics who might be hoodwinked by such diatribe, hence, our resolve to state the obvious.

First, at no time ever had the Deputy Governor, Prince Eze Madumere sought audience with his principal, the Governor of Imo State over 2019 ambition to warrant being shouted down by his boss. We ask, if 247ureports has its facts, could it please publish the witnesses who were present when the incident took place.

Interestingly, those behind this show of intellectual bankruptcy also illogically negated the alleged position of Governor Okorocha to whom they purported to have advised those interested in 2019 to begin to hold secret meetings before open campaigns, which will be announced by the Independent National Electoral Commission (INEC). This is not only preposterous but  bereft of analytical sequence.

Truly, we can understand the pains of the pay masters of the scribblers of the said diatribe when they read Madumere’s statement saying he can die for Rochas. We cannot help it because Madumere’s political mastery lies in the rope-a-dope of humility, stability, trust worthy, passion and above all loyalty with performance. There is nothing to prove any longer for a man who has worked with his principal for over two decades. When Madumere speaks, people listen because he is a man of his word. He once said; if loyalty is a crime, I will continue to be found guilty.” It will also be recalled that Madumere put his life on the line for who he believes in. How many of these political deficits behind this falsehood can die for themselves let alone another.

Therefore using Madumere’s statement when he received members of the Rochas Fans Club and Rochas People’s Movement  as his response to the said allegation may not just be mischievous but a clear symptom of amnesia.

Prince Madumere is a pure breed who is never known for political  desperation but has always played by the rules. While we appreciate the self inflicted excruciating pains of his detractors in their failures to drag Madumere into filthy fights, we can only assure them that Madumere will never reduce himself to such level of indecency.

We warn and remind the faceless humanoids behind this mischief that those who live in glass house do not throw stones because any attempt in fighting back,  they surely will be visited with an irredeemable calamities.

We also warn those in the business of media to tread with caution and be professional in their reportage or even in their speculative writing. If what we read on 247ureports is anything to go by, then  we should cry for the future of the journalism profession.